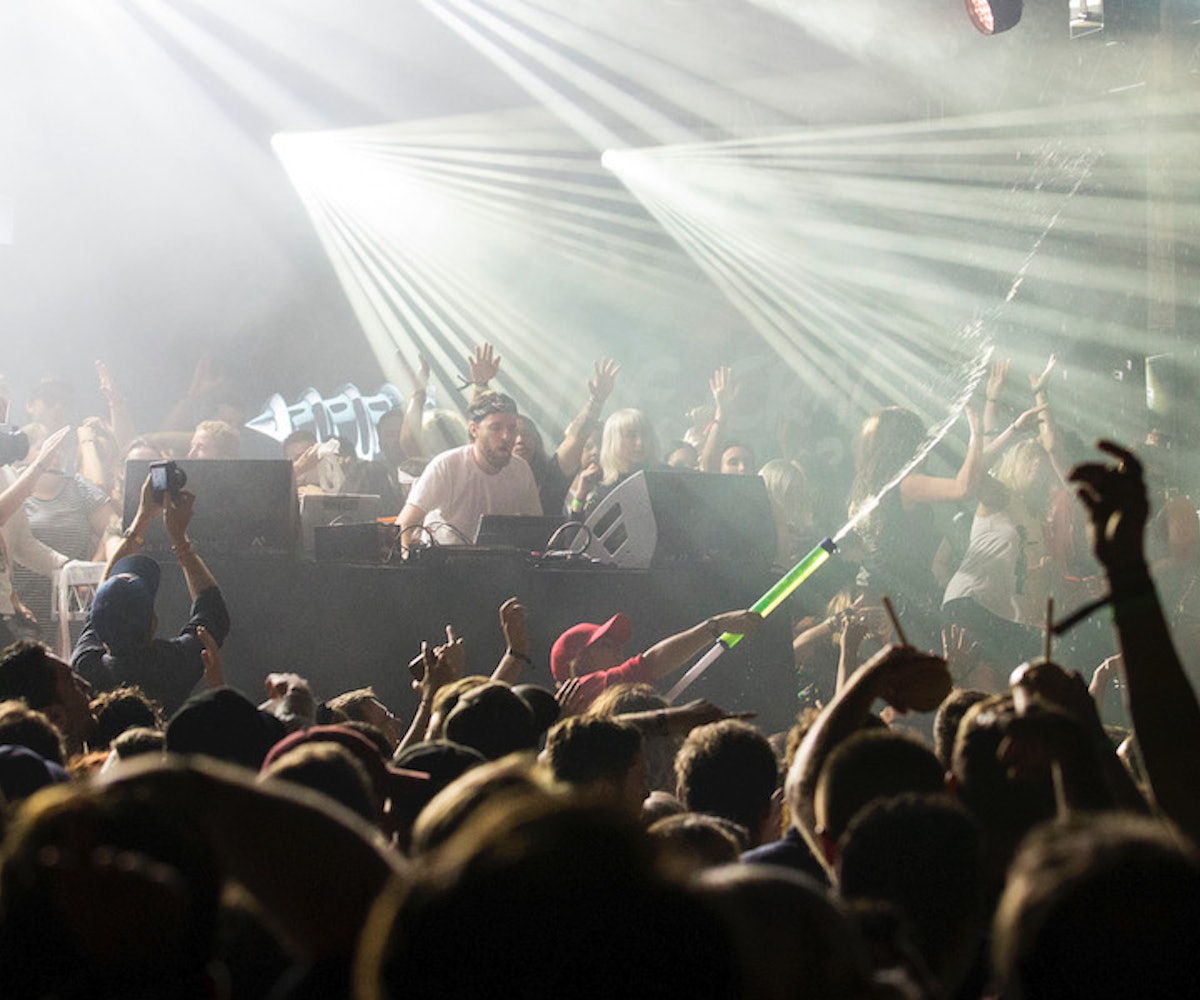 There's a moment in 2012 I don't think I'll ever forget. I was a high school senior, obsessed with EDM and rave culture, and at my first Coachella Festival. After splitting up from my friends who wanted to get food in between The Weeknd and Dr. Dre, I found myself alone at Girl Talk's set. Initially, I felt weird not having someone I knew by my side. But eventually, I forgot about everyone else entirely. Here I was, surrounded by drug-addled teens and young adults trying to recapture the glory days of their youth — and they were all having the time of their lives. Girl Talk pulled fans on stage to dance alongside him while giant balloons, beach balls, and stuffed animals flew all around the crowd. I felt like a part of a whole.

Though that year also featured sets by some of my favorite musicians — including Radiohead, Neutral Milk Hotel, Bon Iver, St. Vincent, and Flying Lotus — it was Girl Talk's set, perhaps, that has stuck with me most. The sheer joy I felt while dancing to mashups of Kelly Clarkson and MC Hammer was incomparable. So when the artist born Gregg Michael Gillis slightly disappeared shortly after that magical experience, naturally, I was upset. Would I ever be able to experience that joy again? The answer is yes: Girl Talk will head out on a North American tour this spring, leading up to his hotly anticipated performance at New York's Governors Ball in June. And just like that, 18-year-old me is filled with glee.

Beginning on April 29 at the House of Blues in Cleveland, Ohio, Girl Talk — who has rightfully been crowned the King of Mashups thanks to his most recent album, All Day, and earlier albums like 2008's Feed the Animals and 2006's Night Ripper — will take his fun stage show on the road. Other cities include Chicago, Denver, Portland, Seattle, Austin, Boston, and his hometown of Pittsburgh, Pennsylvania. So if you have also been anxiously awaiting the day you'd be able to dance around to a frenzied set of pop, rock, and rap mashups again, prepare to be dazzled.

NEXT UP
Entertainment
FLO Is Headlining Their First US Tour This Spring
Entertainment
Annie DiRusso Makes Indie Rock For Your Growing Pains
Entertainment
Harry Styles Is Performing At The 2023 Grammys
Entertainment
Raye Explicitly Speaks Her Mind On Debut Album, ‘My 21st Century Blues’
Style + Culture, delivered straight to your inbox.