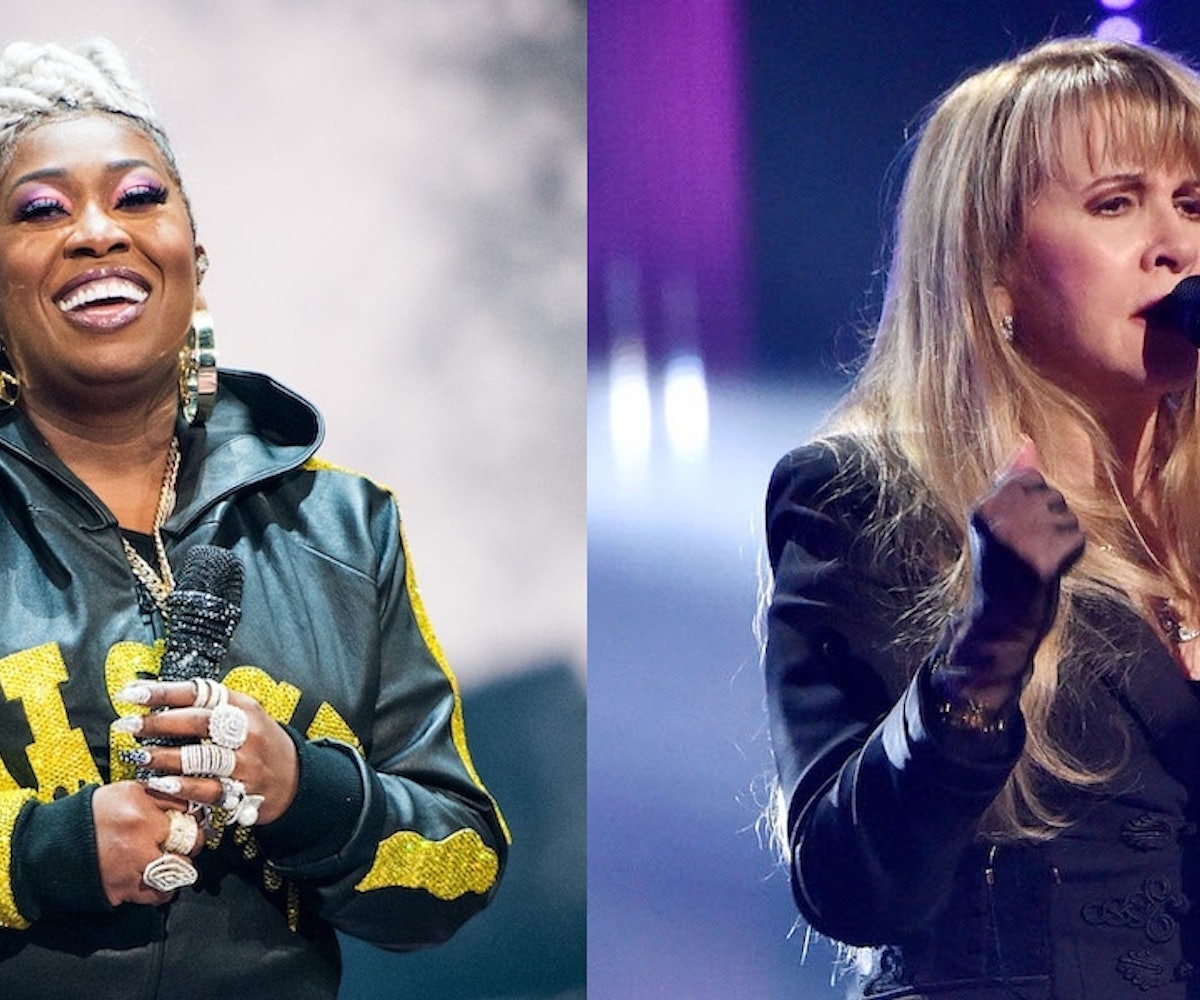 Festival season is looking way better now that the Governors Ball 2020 lineup has been revealed. Announced on Thursday afternoon, the concert's list of performers looks something like a musical bucket list, with Missy Elliott and Stevie Nicks as just two of the top-billed artists to grace the festival with their presence this year.

Other big-name acts performing at the summer festival include Solange, Miley Cyrus, Summer Walker, Carly Rae Jepsen, and Maren Morris. A little bit of yeehaw, a little bit of pop, and plenty of good tunes to be heard. There are still plenty of indie artists more typically associated the festival circuit, with bands Snail Mail, Muna, and Princess Nokia filling out that much needed space.

While there are plenty of women holding space on the top two-thirds of the lineup, around 42 percent of acts announced are women or feature at least one woman in the group. It's a small increase from the percentage of women performing at Governors Ball as last year, according to previous statistics provided by Book More Women.

Governors Ball Music Festival takes place from June 5 through 7 at Randall's Island Park in New York City. Tickets go on sale on Friday, January 17 at 12p.m. EST. Check out the full lineup below.