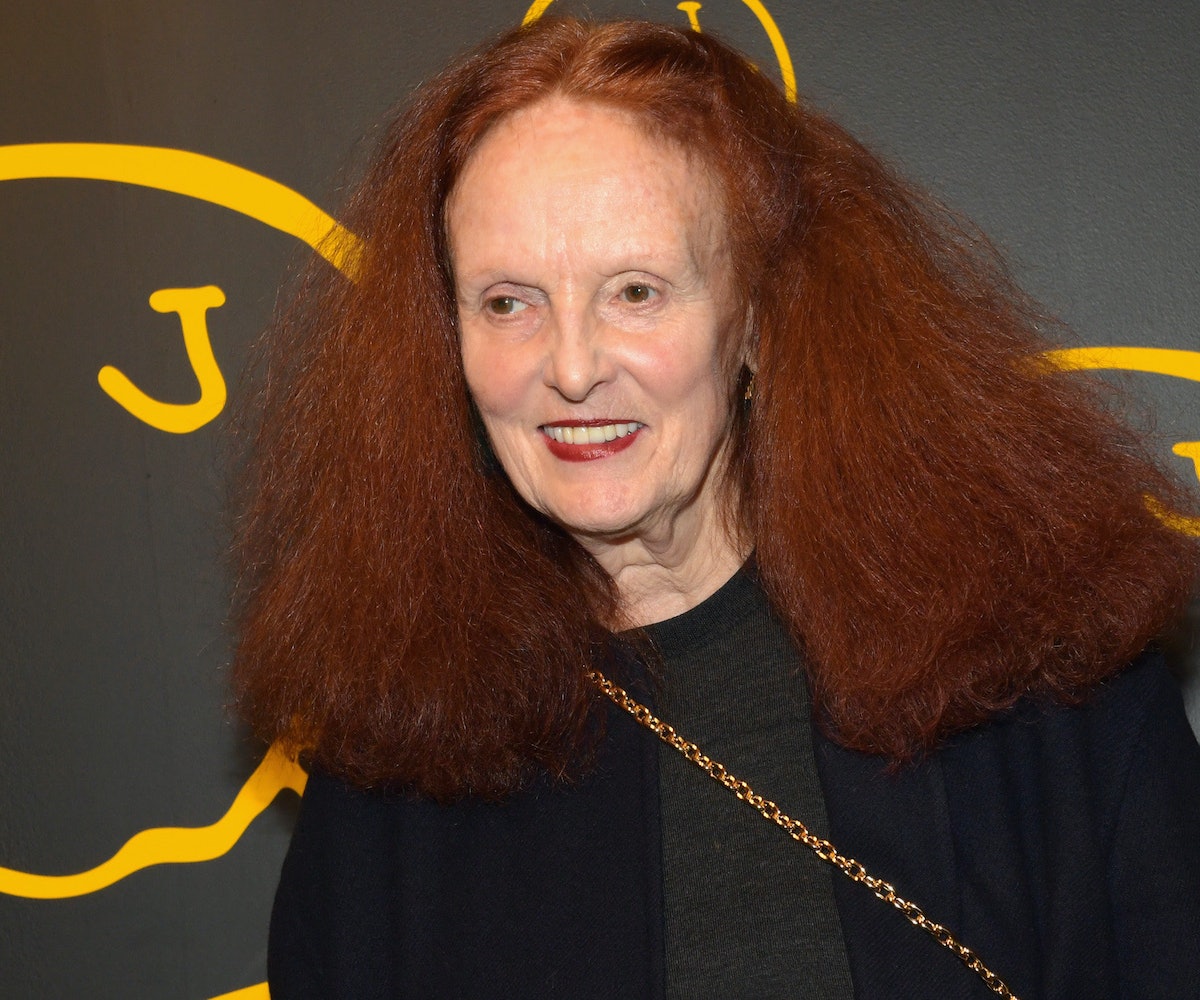 In a new editorial shared by photographer Brian Ferry, current contributor and former Vogue creative director at large, Grace Coddington, was shown posing in her kitchen in front of a collection of mammy jars. When the image began circulating on Twitter and garnering negative attention in the comments on the original post, Ferry took down the image and replaced it with others from the shoot.

Ferry explained on Instagram: "I am re-posting the photos of Grace Coddington and her apartment from yesterday. I've deleted a couple of shots after the mammy cookie jars in the kitchen were brought to my attention. I'm truly sorry for my oversight, and I'm grateful for the call-in about this. I'm embarrassed that I didn't notice or call them out myself earlier, and I'm committed to doing better in the future."

Ferry's decision to remove the image of Coddington and replace it with another one—rather than deleting Coddington from his feed altogether—has garnered some criticism for its hypocrisy. User @americaisdead wrote, "You can't *both* bow to self-righteous censors AND honor the person whose decor is ostensibly so upsetting. Either they so upset you when you realized what they were (obviously an honest mistake on your part) that you disavow the entire series, or you leave them all up as a rather more honest depiction of your subject."

Les Echos Série Limitée, the French publication which the photos were shot for, has yet to publish the images or make any statement regarding their racist nature.