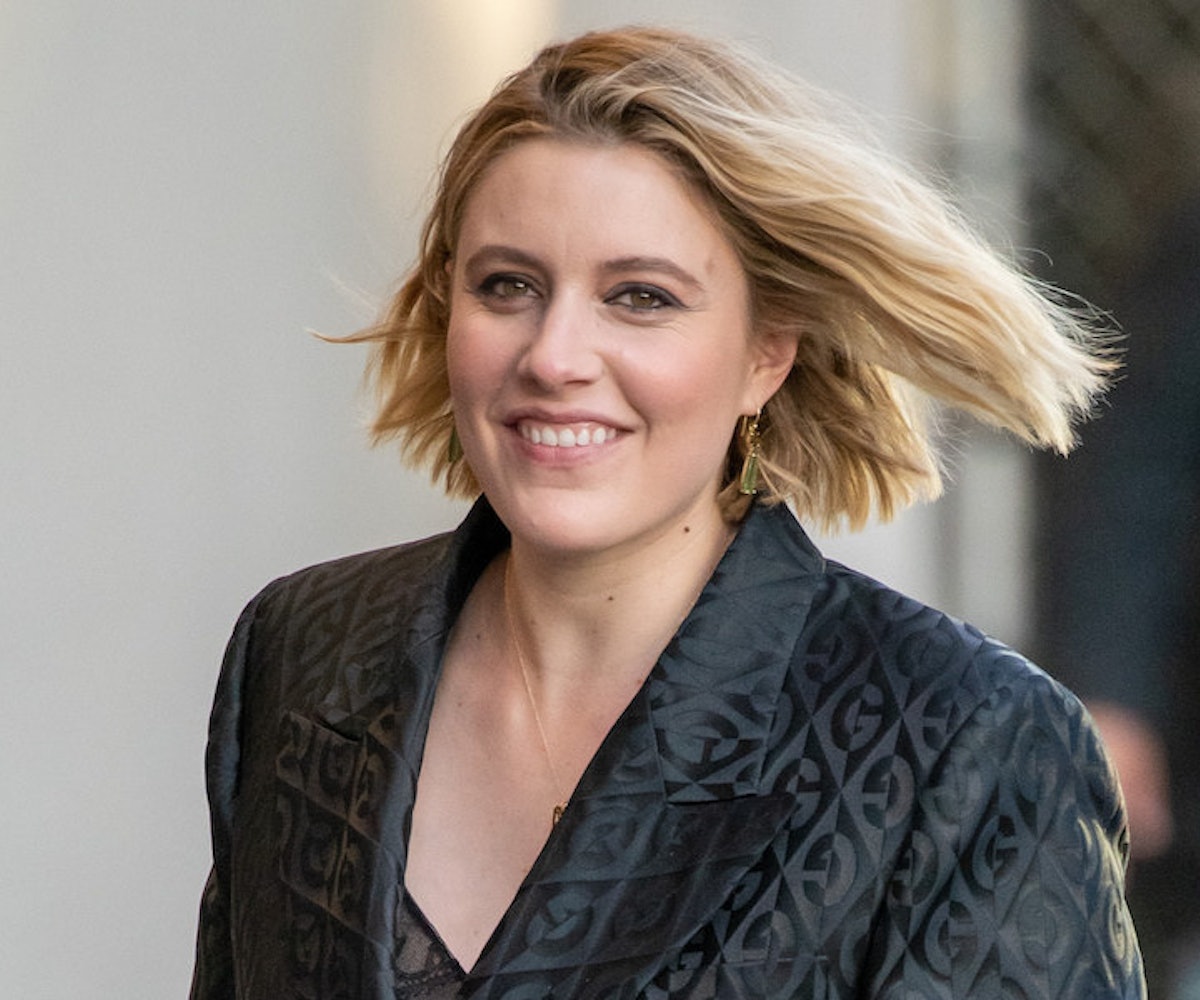 If you thought you were done hearing about Golden Globes snubs and winners for another year, think again. Little Women director Greta Gerwig opened up about her big snub on Tuesday evening to Jimmy Kimmel, and let fans know that she had the ultimate chance to call out the Hollywood Foreign Press Association for her lack of nominations. In true Gerwig fashion, it was perfectly timed.

Despite not being nominated, Gerwig was still in attendance at the 2020 Golden Globes, as she had plenty of friends and colleagues to support — Little Women actress Saoirse Ronan was nominated, as well as her partner, director Noah Baumbach for Marriage Story. But arriving to walk the red carpet with Baumbach in time for his series of press engagements meant arriving two hours early, and sitting alone in the banquet hall until the venue filled out closer to showtime. "I was in this banquet hall with no one there and then I saw all the members of the Hollywood Foreign Press inside, and they all were like, 'We voted for you,'" Gerwig recalled, adding, "And I was like, 'Well you didn't, 'cause I didn't get nominated. So like, maybe one of you did, but it's not possible that all of you did.'" Miss Gerwig has no time for your false niceties!