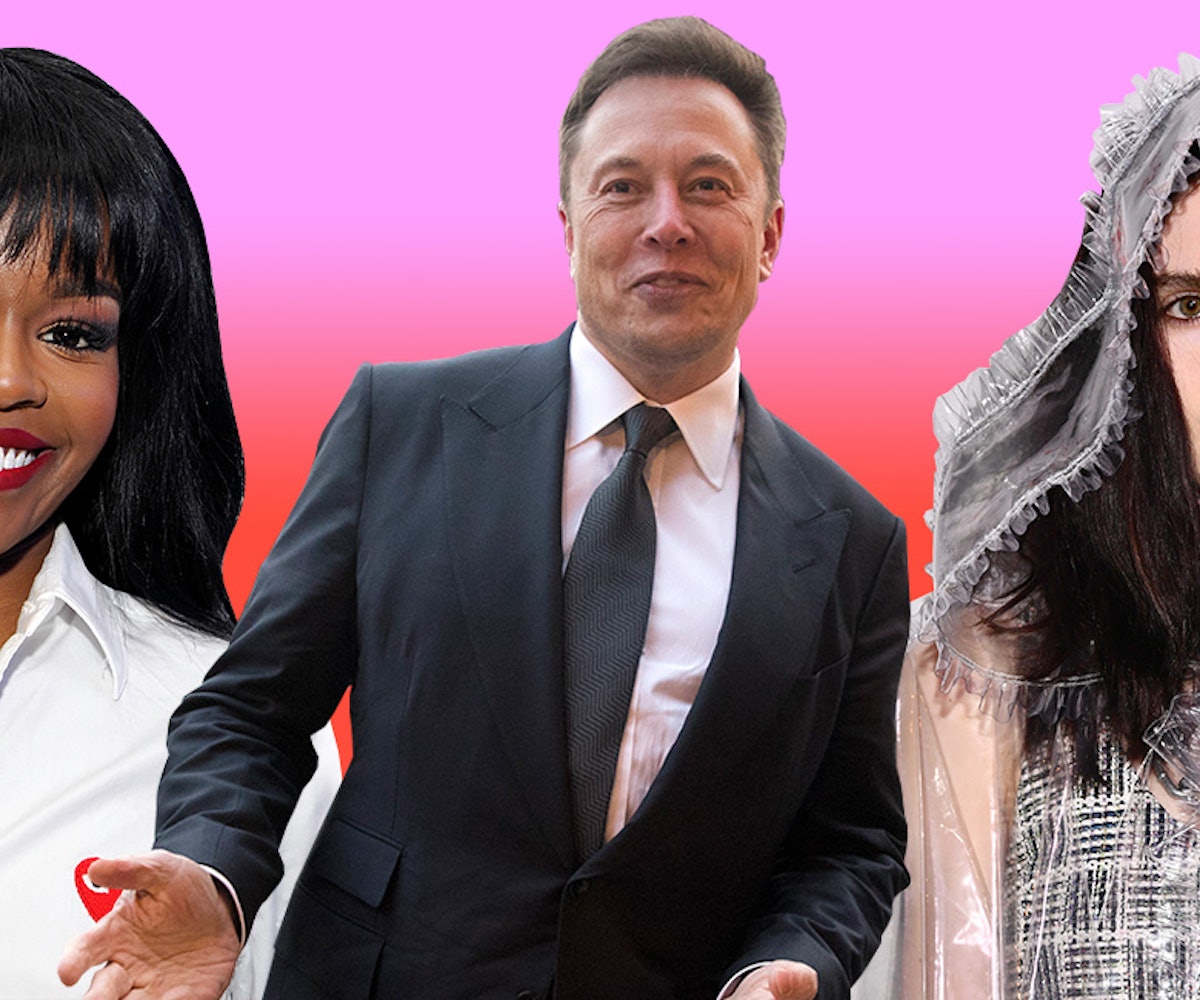 Elon Musk's ability to make a weed joke so bad it's now subject to legal action is now forcing girlfriend Grimes and rapper-witch Azealia Banks into the courtroom. According to Business Insider, Banks and Grimes' proximity to the situation has the prosecutor keen on keeping any DMs and texts from being deleted.

After new stoner Musk joked to Twitter that he'd be taking Tesla private at $420 per share—a very lazy weed joke, not an official stock announcement—he was slapped with a lawsuit from the SEC for allegedly deceiving investors.

This all took place while Banks was in a "real life episode of Get Out" at Musk's house waiting for Grimes to join in on a recording session. According to Vulture, Banks alleged that Musk sent out the joke tweet while tripping on acid, which had Grimes busy consoling her hyper-capitalist boyfriend and Banks alone at the house.

If this face didn't make Grimes already regret ever helping Musk light up his first blunt, I'm sure all this ridiculous legal drama sure will.

The motion for a subpoena, according to BI, listed whatever content Banks and Grimes still held onto as "highly susceptible to deletion," but it seems like it might be months too late to prevent anything from disappearing from the digital sphere. Here's to watching the most absurd situation get even more stranger.