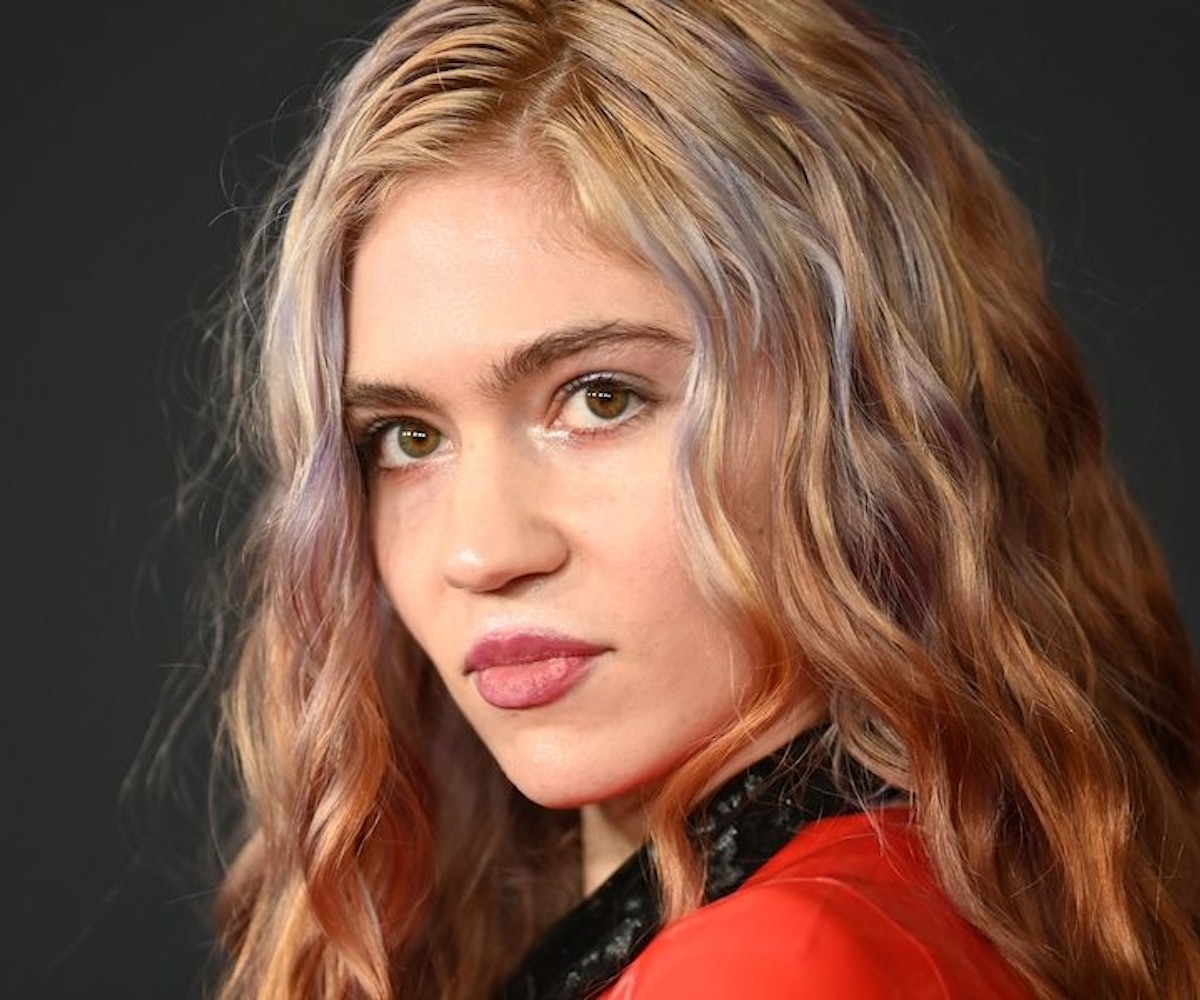 Considering how each day in quarantine feels like it spans approximately 100 hours, it's important to keep yourself occupied and entertained to postpone cabin fever for as long as possible. For those who have exhausted the standard time-sucks of binge watching shows, exercising, and scrolling Twitter, then Instagram, then back to Twitter again, Grimes is on the case. She's calling creative minds to use her video and audio assets for any and all quarantine art projects in hopes that learning 3D art software will alleviate the mind-numbing boredom and loneliness.

"We shot 5 of these green screen 'lyric videos' so we could have visuals for the album (doing our regular intensive videos in my state didn't seem super wise etc etc)," she explained in an Instagram caption. "But obvs w delete forever we started messing around in post and making better stuff than we thought we could." Grimes was inspired by her constant influx of fan art and decided to open source her new, pregnancy-approved green screen footage to the public. "Because we're all in lockdown we thought if people are bored and wanna learn new things, we could release the raw components of one of these for anyone who wants to try making stuff using our footage."

Grimes posted a WeTransfer file with all the goods including "You'll Miss Me When I'm Not Around" green screen footage, stem files for playing with the audio, single art, and more. She also provided crucial intel concerning her and her team's go-to art software, which compromises of Blender, Adobe Creative Suite, and Daz 3D, the latter being the software used to create her digital avatar WarNymph. "Hoping some of these things are of use when the days are long and lonely," she concluded. A true art angel if there ever was one.

NEXT UP
Life
Grimes’ ‘Book 1’ Includes A Collaboration With The Weeknd
Fashion
LAPOINTE and JONBOY’s Cute Collab Is An Ode To NYC
Fashion
SHEIN Celebrates National Hispanic Heritage Month In A Big Way
Fashion
You Can Now Wear A Keith Haring Piece On Your Wrist, Thanks To Pandora