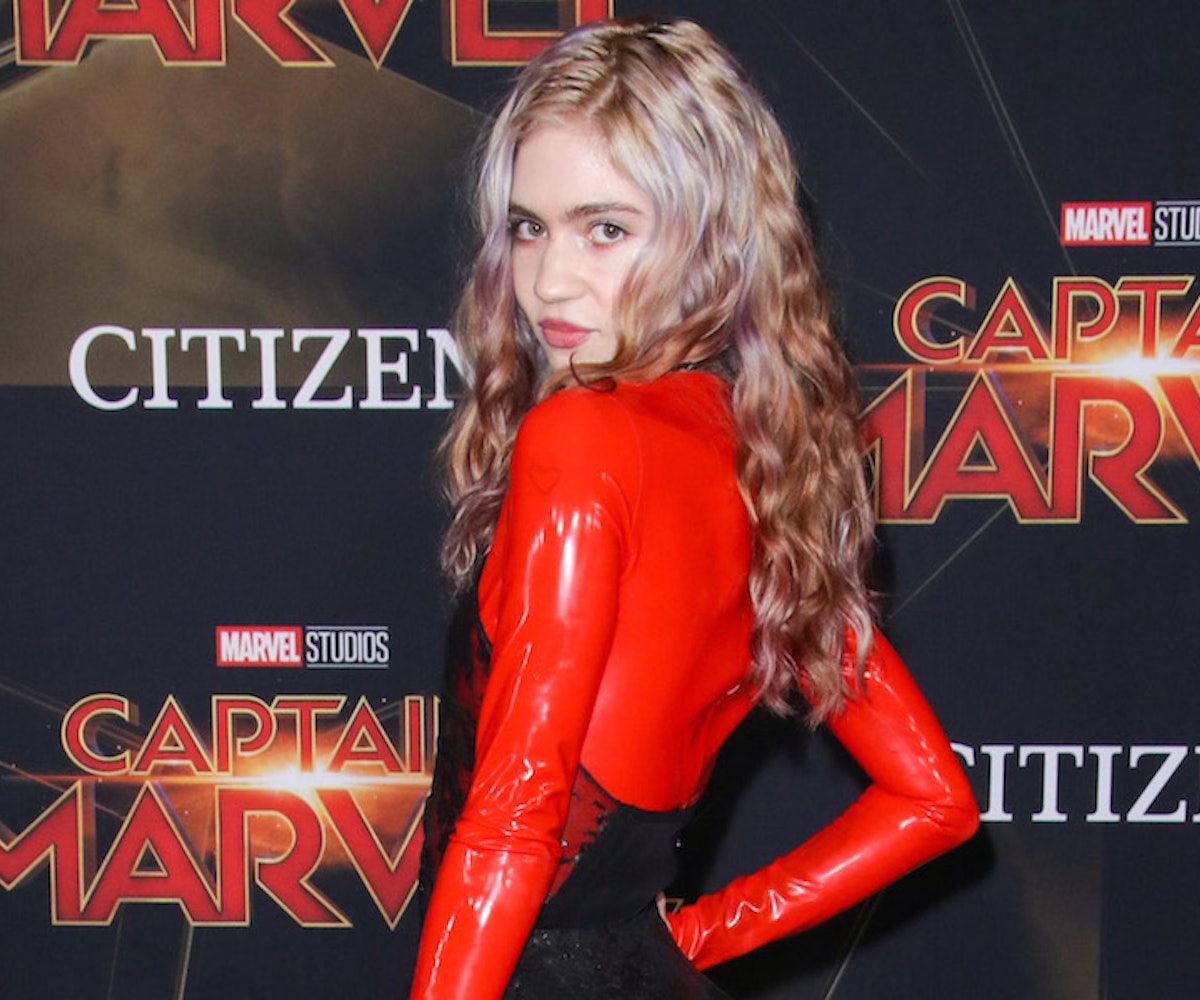 Grimes delighted us to no end when she posted her fantastical training "regiment" while promoting her new campaign for Adidas by Stella McCartney. And while we knew that somewhere out there, some dedicated blogger would have to try it out for the clicks, we also knew it wasn't going to be us. All to say, this is why we were able to take total joy in seeing Deadspin writer Patrick Redford's dedication to following Grimes' list of tasks step-by-step, from astro-gliding into other dimensions and screaming his way into Grimes' peak condition. Fun!

Admittedly, Redford didn't follow Grimes' instructions exactly—rather than finding a sensory deprivation tank, he loosely replicated one in his own bathtub at home—but you do what you can, you know?

And, instead of seeking out a real sword, under guidance from his editor-slash-seasoned fencer, Redford swung around a "heavy eucalyptus branch" at the park for awhile, using moves he learned on YouTube to mimic what Grimes is probably doing, aka just totally fucking with all of us. "Two teens watched me going sicko mode on a tree with my blade; they definitely knew I was a fearsome, yet noble warrior," Redford writes, and yeah, I'm sure that's what they were thinking.

Unfortunately, following a BS workout routine can be tricky, Redford points out, as he was unable to even find out what unit of measurement the singer was even talking about when she said "my mind and body are functioning at peak level, with a neuroplastic goal between 57.5 and 71.5 AphC's (which is my preferred range for my blood type)." He writes, "All the search results for "AphC" pointed me either to articles about Grimes's Instagram post or to the Appaloosa Horse Club, which was neat but not helpful. I don't know if I have the same blood type as her, so I'm not sure if we share the same neuroplastic goal."

The one part he did take almost seriously is the screaming session, which I also would like to try out. Redford went to a karaoke bar and scream-sang his way through A Star Is Born, aka an ideal Monday night for me. While he didn't cut parts of his eyeballs out, Grimes definitely didn't either, and his summary is as follows:

Before I worked my way through this intensive workout, I was but a scrawny blogger who knew not the way of the blade. Now, I am a scrawny blogger whose brain is on wavelengths of the eighth dimension and whose sword skills rival Inigo Montoya. There's no way this is a real workout, since it takes basically all day if done to the letter.

My primary takeaways are as follows: Stretching for a long time actually feels great; early evening is not an acceptable time to do karaoke; kelp is bullshit; nobody in the forest respects you unless you have a real sword; the fabled niacin flush is "all talk"; the fox knows many things but the hedgehog one important thing; and my girlfriend was right to laugh at me for doing this, though she thought it was good that I got away from my blog machine for a day. I can never live like Grimes for real, but at least now I will be able to defend myself in a tree-branch sword fight.