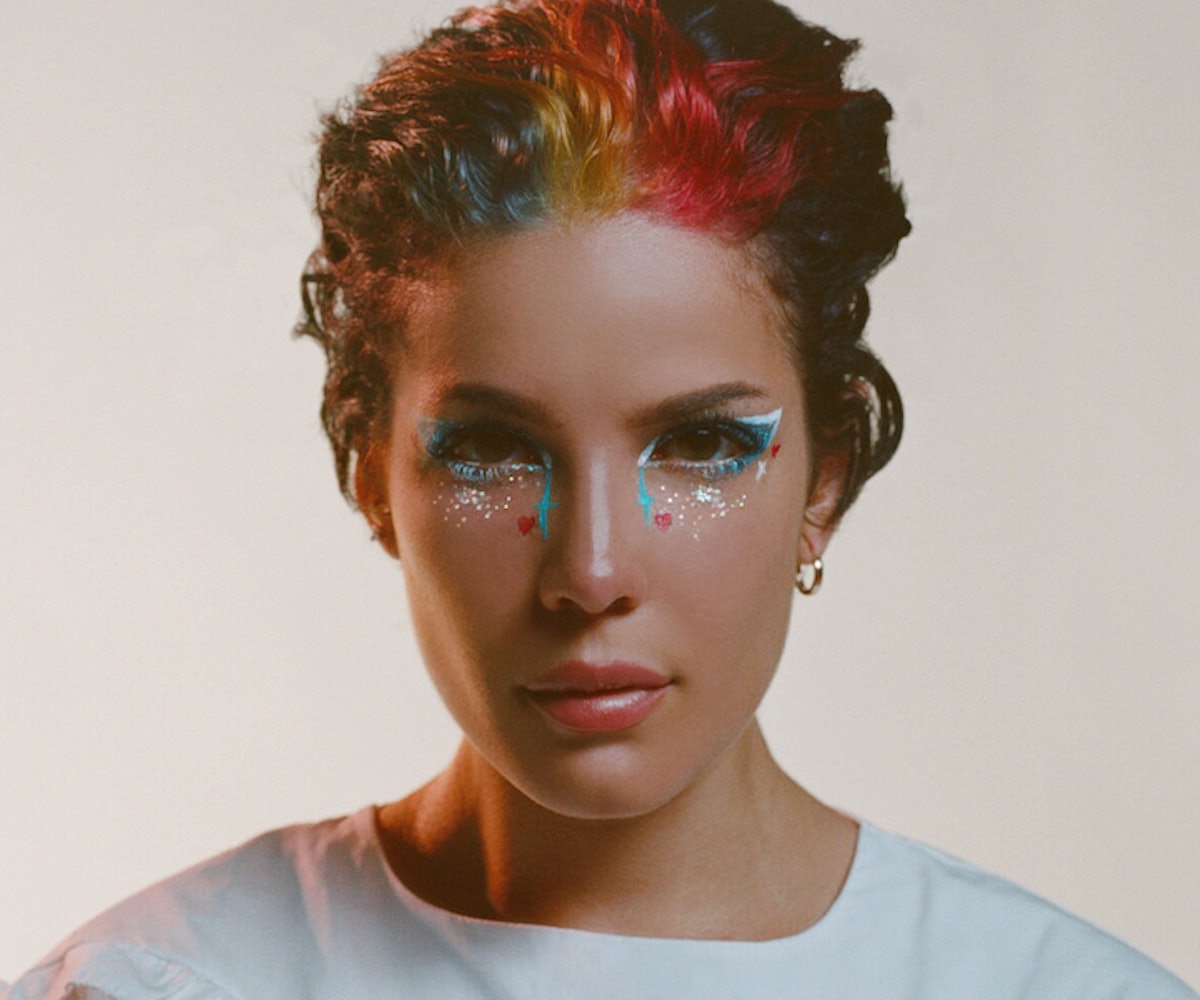 Halsey has a new album on the way, but we'll have to wait until next year to hear it. Today, the singer revealed new single "Graveyard" and announced forthcoming record Manic with a time-lapse video flexing her painting skills. The first single is filled with lyrics on a toxic romance that Halsey just can't seem to pull away from.

In the chorus, Halsey sings, "I keep running when both my feet hurt/ I won't stop 'til I get where you are/ Oh, when you go down all your darkest roads/ I would've followed all the way to the graveyard." Her bridge is easily going to become the go-to lyric for fans to post under a moody selfie after a breakup; she sings, "Oh it's funny how/ The warning signs can feel like they're butterflies."

Halsey's album art for Manic features the rainbow bangs we haven't stopped thinking about since she debuted them in August. They're slicked up for full effect, and she dons a single Euphoria-style glittery black-and-blue eye echoing the cool hues in her hair.

See how talented a painter Halsey is in "Graveyard" video, below, and the album art on her Instagram. Manic is set for January 17 release.