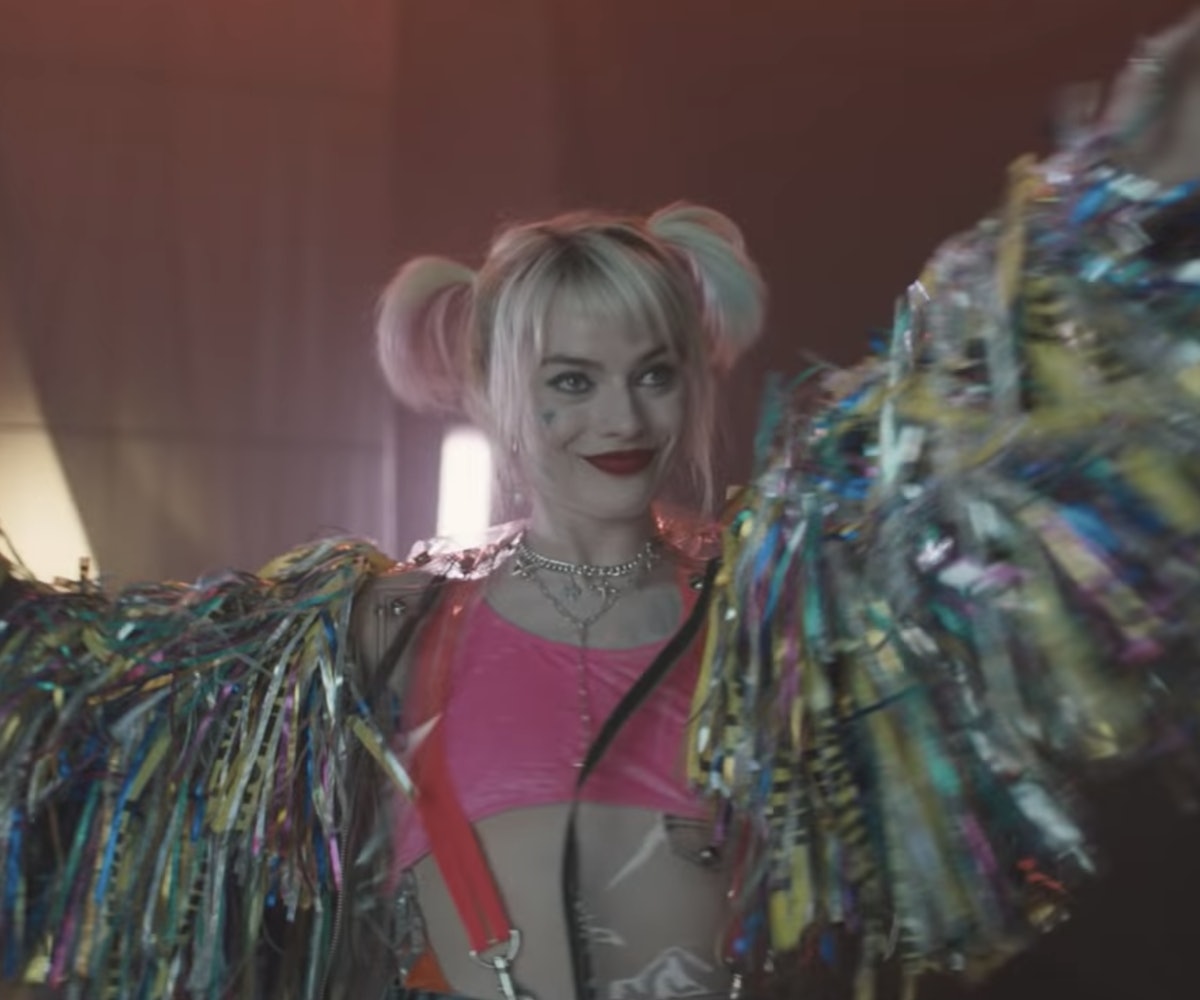 A 19-second clip may have just revealed Harley Quinn's new look for the forthcoming DC Comics film Birds of Prey, and it'd perfectly blend in at a rave.

Pink-and-blue hued pigtails? Check, but, this time, they're bluntly chopped off with piece-y bangs. DGAF attitude to match? It's right there as Margot Robbie dances around rocking pom-pom-esque sleeves made of streamers and caution tape, attached to a clear PVC moto-vest (a pretty iconic look if you ask me).

The clip also features other characters. Those that are recognizable in the trailer are Black Mask (Ewan McGregor), Victor Zsaz (Chris Messina), and Cassandra Cain (Ella Jay Basco). GQ has suggested that two of the others who we catch a glimpse of in the video may be Mary Elizabeth-Winstead as The Huntress and Jurnee Smollett-Bell as Black Canary.

According to IMDb, the film isn't set to come out until February 7 of 2020, so this teaser is very early. The Birds of Prey subtitle is "And the Fantabulous Emancipation of One Harley Quinn," so it seems pretty fitting that Robbie's newest costume departs from the shorts-tee uniform of the previous films and welcomes this sparkly, festive look.

Watch the brief teaser below.