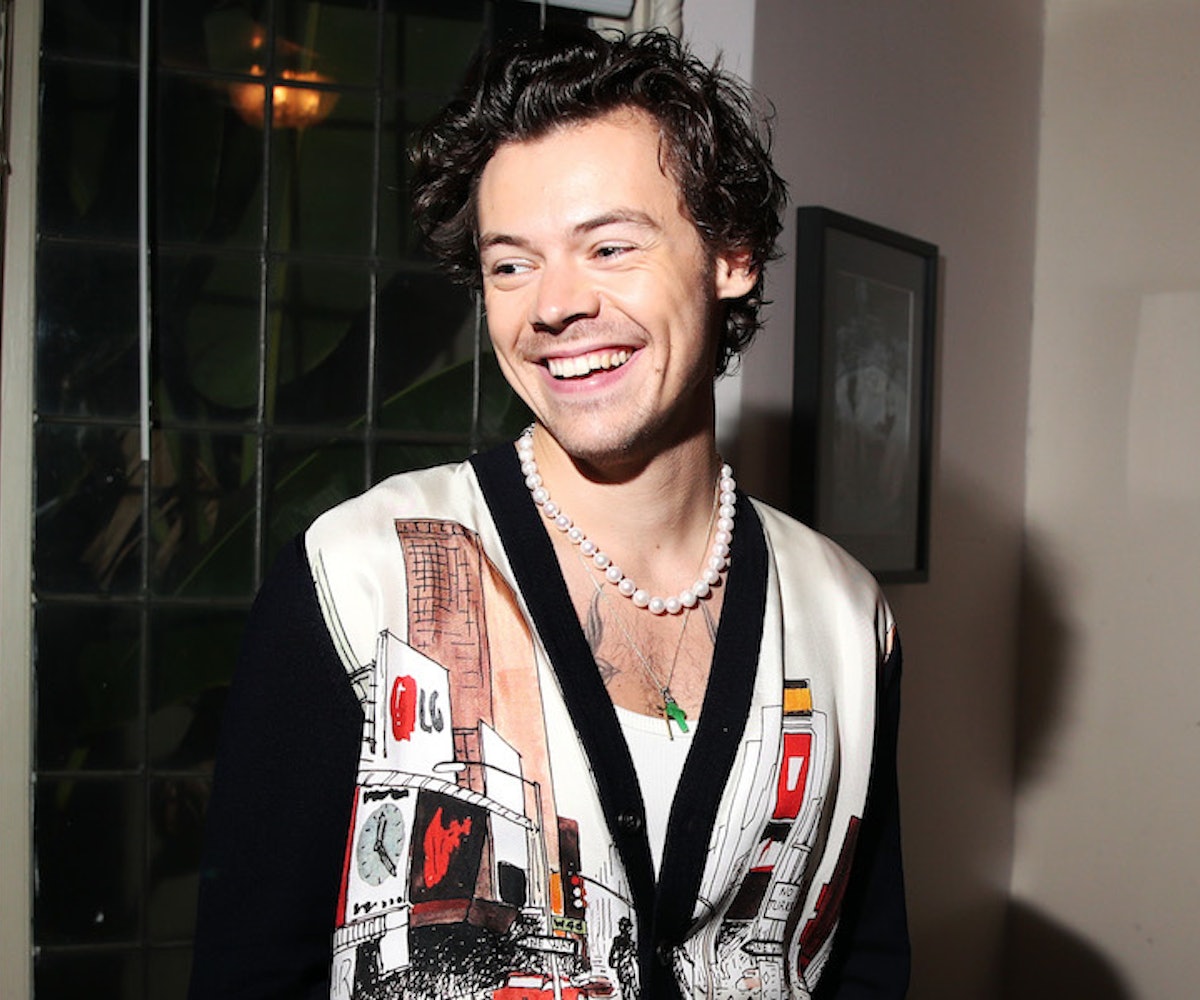 Gay Twitter's biggest question was finally asked: is Harry Styles bisexual? In a new interview with Tom Lamont for The Guardian, following the release of his Fine Line album this past Friday, Styles was asked in a straight-forward manner about his sexuality. And while he didn't shut down the question entirely, he did give a really long non-answer.

Lamont began by asking Styles whether or not he'd been previously asked if he's bisexual; Styles replied, "Um. I guess I haaaaave been asked? But, I dunno. Why?" After clarifying that he meant why the question, Styles continued, "It's not like I'm sitting on an answer, and protecting it, and holding it back. It's not a case of: I'm not telling you 'cause I don't want to tell you. It's not: ooh this is mine and it's not yours." Rather than it being any of those things, he says, "It's: who cares? Does that make sense? It's just: who cares?"

Later, he briefly acknowledges the bisexual and trans pride flag colors that appear on his Fine Line album art — from the set background to his nail polish colors. He says,

"Am I sprinkling in nuggets of sexual ambiguity to try and be more interesting? No... in terms of how I wanna dress, and what the album sleeve's gonna be, I tend to make decisions in terms of collaborators I want to work with. I want things to look a certain way. Not because it makes me look gay, or it makes me look straight, or it makes me look bisexual, but because I think it looks cool. And more than that, I dunno, I just think sexuality's something that's fun. Honestly? I can't say I've given it any more thought than that."

NEXT UP
Entertainment
Harry Styles' "As It Was" Grammy Performance Featured A Silver Tinsel Onesie
Culture
Who Won At The 2023 Grammys
Culture
Spice Girls May Reunite For King Charles’ Coronation
Culture
Kareem Rahma Survives A Dinner Party From Hell In “Really Rich Parents” Video
Style + Culture, delivered straight to your inbox.