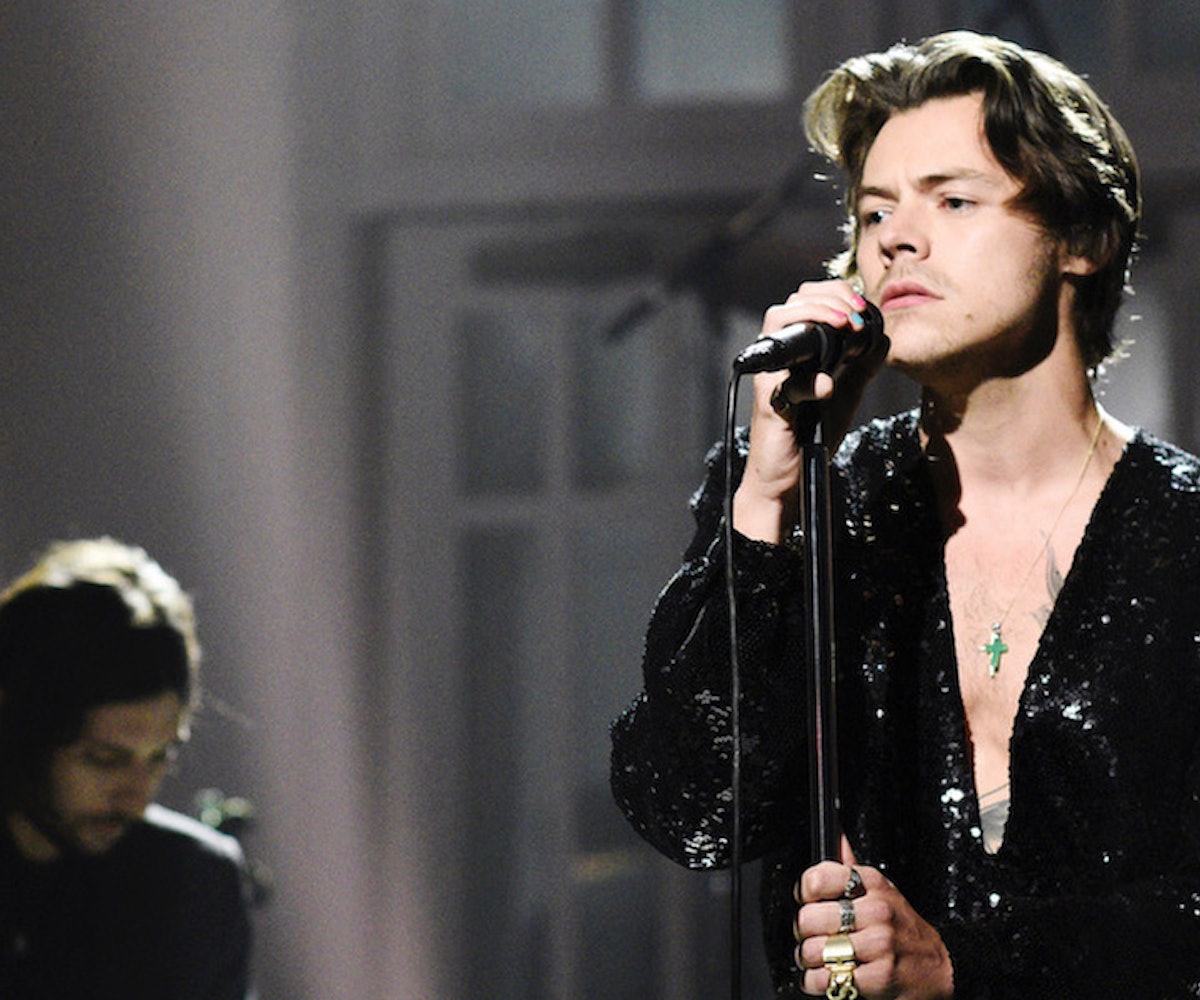 Photo by Will Heath/NBC/NBCU Photo Bank via Getty Images

In a new interview for New Music Daily with Zane Lowe on Apple Music's Beats released on Friday, Harry Styles laid it all out on the table, from new yet-to-be released songs off his new album Fine Lineto his romantic life. In talking with Lowe, Styles revealed that his ex-girlfriend is featured on "Cherry", a song about heartbreak that made it to the record.

Lowe brings up a "vocal at the end that cuts in" to "Cherry", and asks Styles who it belongs to. "That was my ex-girlfriend," Styles says, adding, "I think it was because it got added in later on, and it felt so part of the song. It just felt like it needed it. We're friends and stuff, so I asked her if it was okay. And she was okay with it. I think she liked it." What Styles doesn'tsay is which ex-girlfriend. This is the stuff that will keep Styles stans up at night until it finally drops on December 13.

But that doesn't mean we can't brew up a few theories before the album comes out. Back when Styles first announced basic details about Fine Line, fans were quick to notice that the release date coincides with Taylor Swift's birthday. The two pop stars reportedly dated between 2012 and 2013, which could make the coincidental release date not so coincidental after all, especially if it's Swift's voice that winds up cutting into the end of "Cherry". Swift's 1989 track "Out Of The Woods" is rumored to be about her relationship with Styles, but this has never been confirmed.