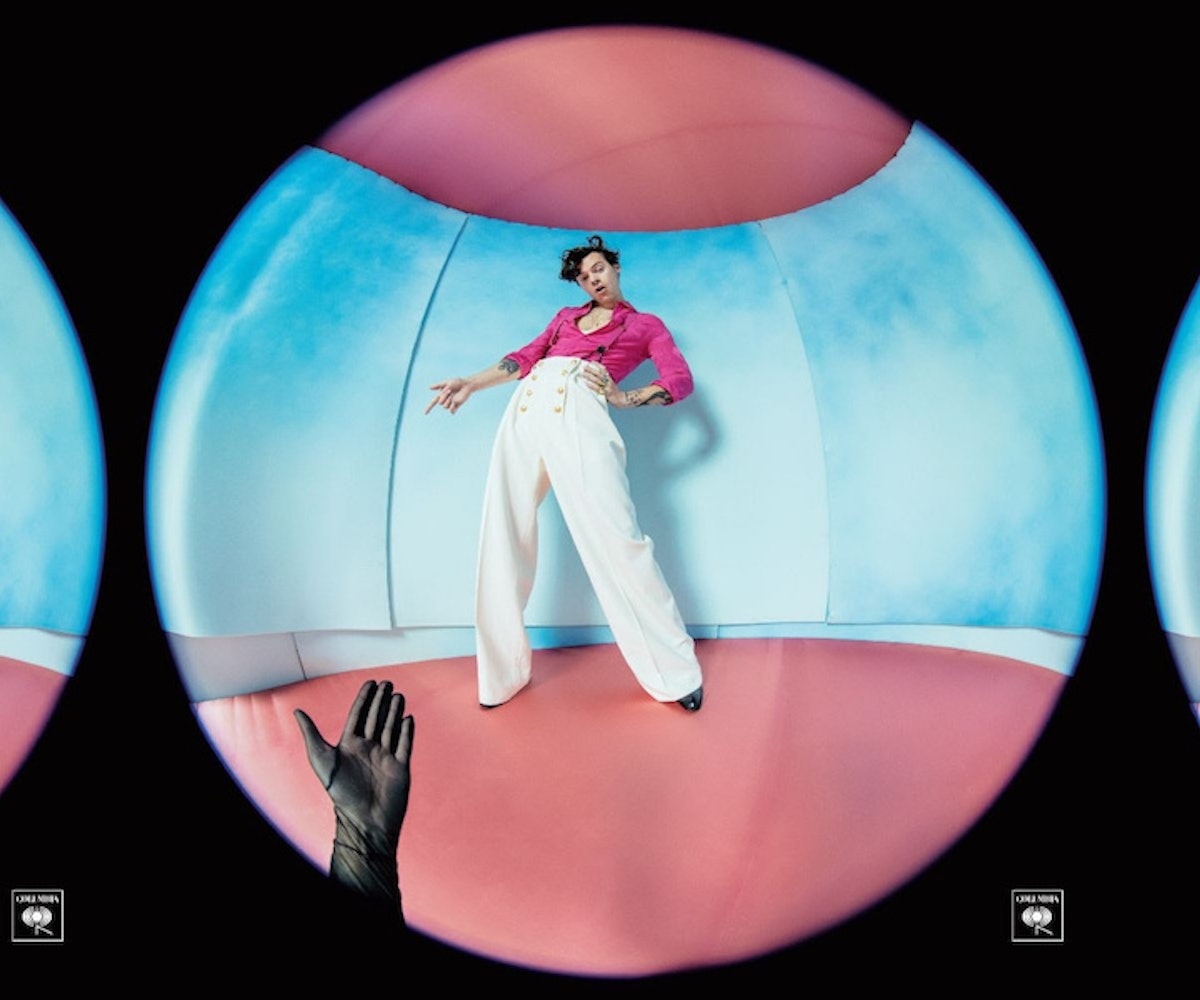 On Monday, Styles tweeted the album art and release date for Fine Line with no other details. The artwork features Styles at the center of a photo taken by Tim Walker with a fish-eye lens, distorting his sparse surroundings. Styles' stylist Harris Reed put his signature touch on the cover look, with Styles wearing high-waisted sailor pants and a fuchsia blouse by Gucci, accented by his pastel pink and blue nails.

Styles is entirely alone in the artwork, save for a disembodied hand wearing a black glove reaching out to him from the bottom-left corner of the frame. It's not clear when Styles' next single will drop, but with only about six full weeks until the album is already here, we can probably expect to be hearing another song very soon.

Fans have already pointed out that the release date coincides with his ex-girlfriend Taylor Swift's birthday. His lead single and video were also released on an important day — National Coming Out Day — which had fans once again speculating about Styles' sexuality. There's no real theory as to why Styles would choose Swift's birthday to drop Fine Line, but I'm sure Twitter stans will come up with something in a few hours. December 13 is also Friday the 13th, so start brainstorming spooky Harry Styles tattoos now.

Styles began teasing the album announcement on Sunday, sharing a link to a site bearing the lyrics of his lead single, "Do You Know Who You Are?" The site prompts users to type in their name to find out the answer to the question; once you've typed in your name, an automated reply tells the user, "You are a fine line. TPWK."

NEXT UP
Entertainment
Harry Styles' "As It Was" Grammy Performance Featured A Silver Tinsel Onesie
Entertainment
FLO Is Headlining Their First US Tour This Spring
Entertainment
Beyoncé Is Now The Most Awarded Artist In Grammy History
Entertainment
Taylor Swift Sparkled In Midnight Blue On The 2023 Grammys Red Carpet
Style + Culture, delivered straight to your inbox.