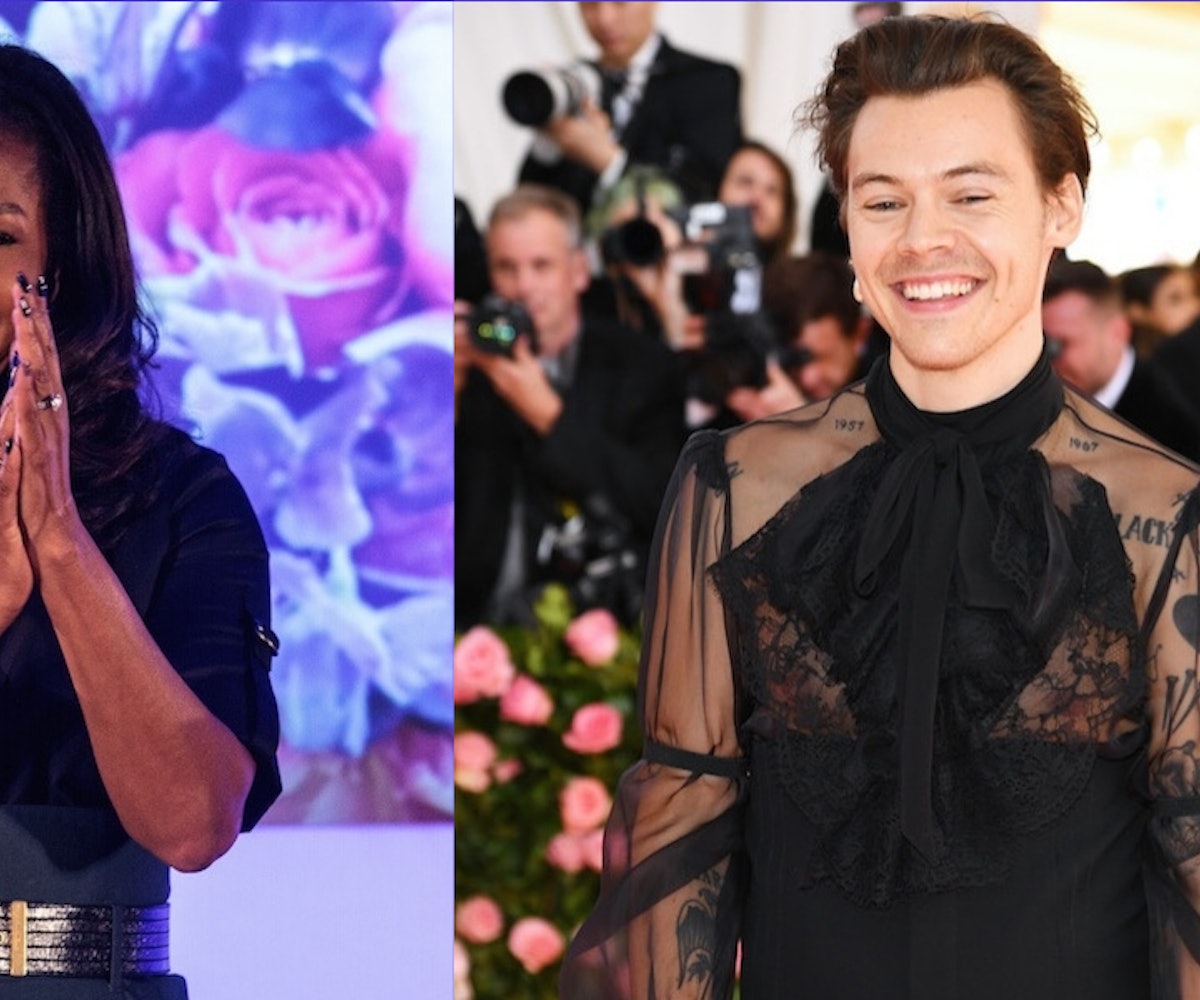 Start your morning off right by watching Michelle Obama whip a ball straight at Harry Styles', well, balls. During a game of dodgeball between the former FLOTUS and The Late Late Show host James Corden and their respective teams, the throw that decided the entire match is one you'll want to watch over and over (and over) again.

When Obama challenged Corden to a U.S.A. versus U.K. match, using dodgeball to determine which home country was better, I already knew she was going to win. She's Michelle Obama. It was just as easy for her to convince everyone she'd win before grabbing a ball as it was to select her all-star crew; Obama shares in the clip, "You would not believe how easy it was to get people to do this. All I had to say was, you're gonna throw a ball at James Corden." I'd say yes! Her six-person team is made up of actors Allison Janney, Mila Kunis, Melissa McCarthy, Lena Waithe, and Kate Hudson.

Corden had a less easy time grabbing a team (he only has five people, including himself), made up of Harry Styles, Benedict Cumberbatch, Samwell Tarly John Bradley, and Reggie Watts. Styles suggests no one would have actually joined up with Corden had the late-night host not stalked them, joking that he called, texted, and even showed up at "your house, your work, your hairdresser, your pilates class, and your shower."

Even without the magic of jump cuts, the game flies by in a flash. Corden's entire team is wiped out in no time, leaving Styles alone to fight for his home country. The former One Direction band member had no chance once Obama had him in her crosshairs, and with one swift toss directed at Styles' crotch, Corden's team's fate is sealed forever.

Watch the full video below, and if you're just here for that winning blow, skip ahead to 6:46.