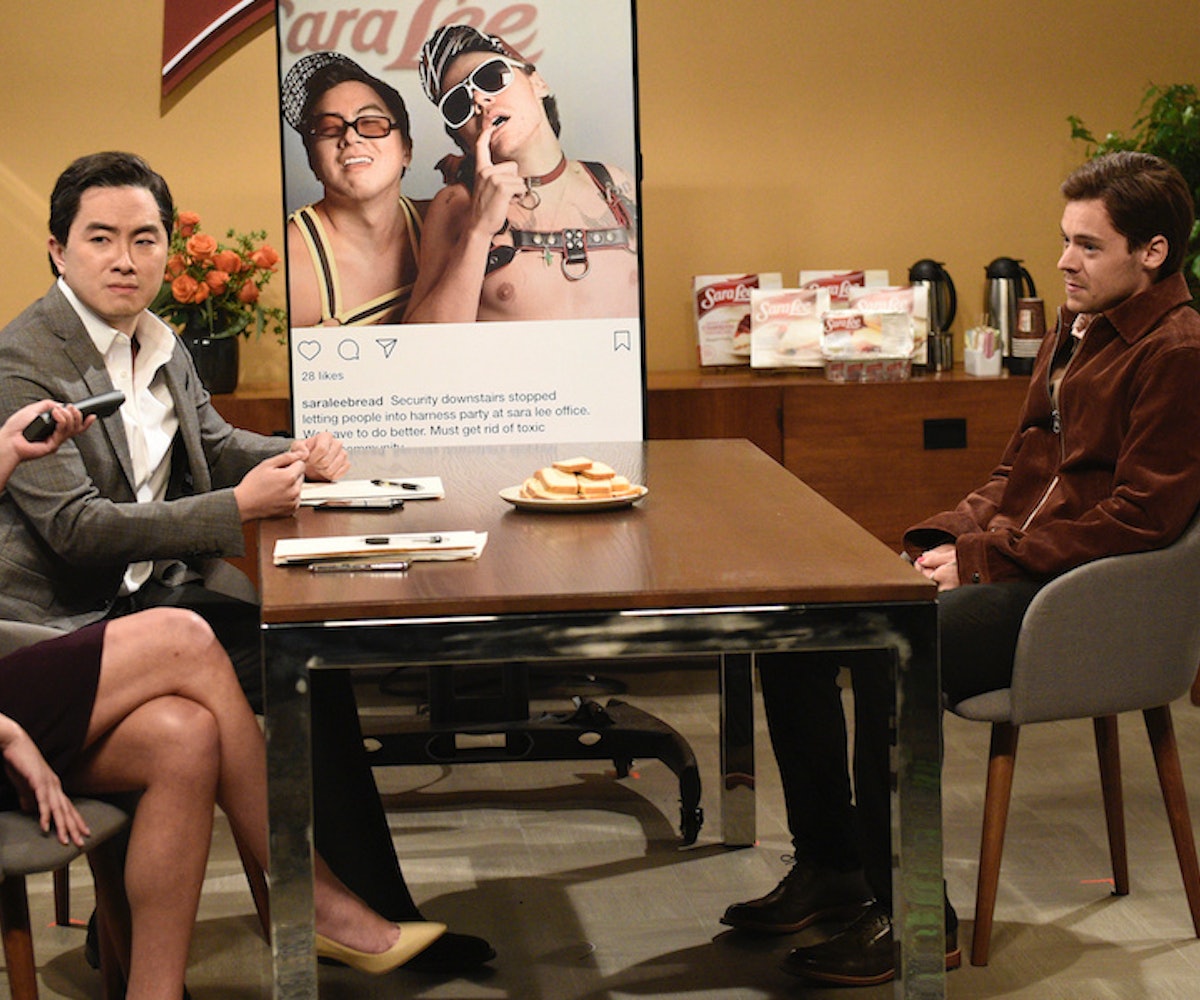 Photo by: Will Heath/NBC/NBCU Photo Bank via Getty Images

"We didn't know about or participate in the creation of the skit so as you can imagine, waking up to all those comments threw us for a bit of a loop," Sara Lee Bread responded in a statement to the Advocate. "We didn't delete any comments but did temporarily hide them until we could read through and understand what happened. All comments are now visible and we will be monitoring for any that violate Instagram standards. While the explicit jokes in the skit do not align with Sara Lee Bread's brand, we know SNL pushes the envelope for laughs and are taking it all in stride."

While the hilarious jokes of the sketch may not "align with Sara Lee Bread's brand," there's one thing Styles said that everyone can agree on: "People love bread content." They do! Watch the full sketch below to enjoy the simple pleasure of hearing Styles admit to sliding into Shawn Mendes' DMs.