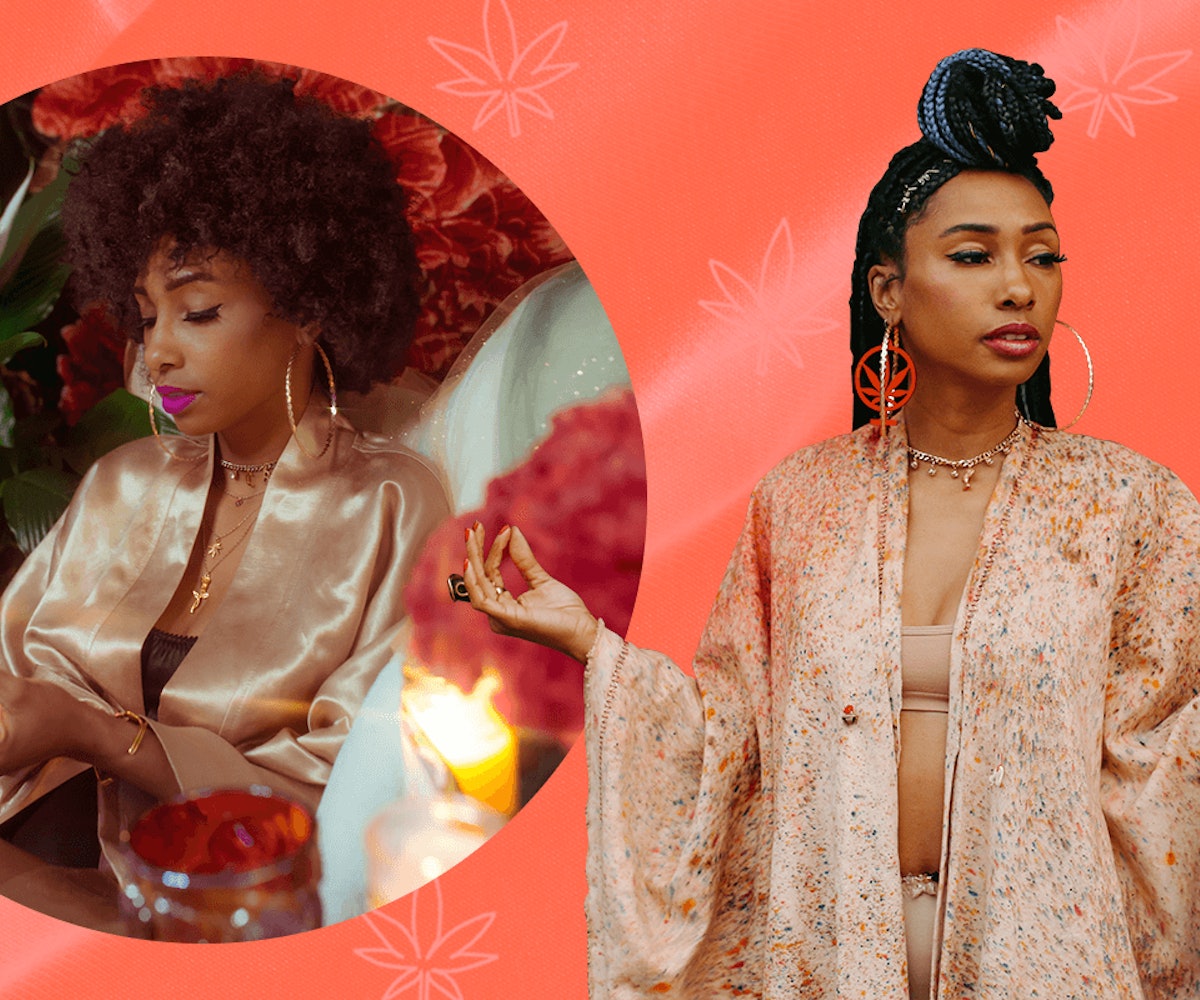 From what seems like the beginning of time, hemp has been humanity's go-to plant, with the fibrous textile frequently used for clothing. In fact, the discovery of ancient Mesopotamian artifacts dating back to 8000 BC suggests it might even have been the first plant cultivated for fabric. And yet, in modern America, hemp-based clothing has been (for the most part) relegated to health food stores and head shops, with little indication that it has any place in the world of fashion—until recently, that is.

With the passage of the Farm Bill this past December legalizing hemp production in the United States after 81 years of prohibition, marijuana's non-intoxicating cousin is due for a renaissance. Although hemp has already garnered some cachet with the CBD fad, the plant has much greater utility beyond a single therapeutic compound (which can be derived from hemp or marijuana—both different types of cannabis, distinguished by their THC content or lack thereof).

Today, a handful of conscious designers and trendsetters are not only rebranding hemp as a fashion statement but are also leading a movement to bring environmental awareness and sustainability into vogue. And for good reason, too: Hemp textiles are naturally hypoallergenic, antimicrobial, and resistant to UV, mold, and mildew. Hemp cultivation requires half as much land and water as other fibrous plants, and doesn't require pesticides. Because hemp is a bioaccumulator, it actually purifies soil, helps kill weeds, and can be used in crop rotation, thanks to its short, 120-day harvest cycle. In contrast to cotton (which comprises half the total need for pesticides in the United States), hemp doesn't stretch out, lasts longer, and is much more durable.

"If you're a brand creating product in 2019, it's vital that you are creating eco-friendly, sustainable products," says Lizzy Jeff, activist, style icon, rapper, and founder of the Los Angeles-based art curation series Zen & Kush. "Fashion is a form of political expression, so it's important for us to be mindful of what we're wearing and to dress with intention."

With 62 percent of Americans in favor of legalizing marijuana, more people are coming out of the cannabis closet, helping to erase the stigma around both pot and hemp. Of course, the Farm Bill helps with that, as well. "Not only will hemp be trendy, but there's this shift in consciousness now," says Jeff. "Everyone wants to be woke, everyone wants to love the earth. And people see the business opportunities, too."

By 2022, the hemp-derived CBD market alone is predicted to be worth $22 billion—and that only focuses on one element of the plant.

"Both hemp and cannabis are the gateway to not only the healing we need globally, but also to literally shifting culture forward and creating a new paradigm," Jeff adds. "This is a multibillion-dollar business. So many people can use this plant medicine on so many different levels and in so many different forms." Be it as a textile, fuel, food source, construction material, cosmetic ingredient, or dietary supplement (like CBD), there are more than 50,000 uses for hemp.

In collaboration with MoonCloth Designs, which manufactures hemp-based, white-label textiles, Jeff is developing her own personal brand, beginning with a hemp-silk kimono line. "It's our job to bring more feminine beauty into the hemp industry," says Sarah Harf, founder of MoonCloth. "Being eco-friendly doesn't have to come with a design sacrifice." By offering white-label textiles to upscale hotels or brands like Lizzy Jeff, Harf is bringing hemp into the mainstream, reimagining the textile as something more chic, comfortable, and sexy than the old stereotype of hemp-based clothing that resembles formless burlap.

When it comes to trends in hemp fashion, Harf says there's a strong boho influence, while others like Allyson Ferguson, founder of hemp-based clothing brand Seeker, are leaning toward minimalism. "The fabric has so much depth it can speak for itself," Ferguson says. "I took something that normally would be very relaxed and tried to approach it with an elevated design."

And while the market for hemp fashion is somewhat niche, it's only a matter of time before bigger brands begin to incorporate the textile. Patagonia, for instance, already has an entire hemp line, which plays up an old-school, basic aesthetic. "It's going to take numerous brands with some sort of design clout to change the vision," says Ferguson. "Even in the cannabis industry, everyone is like, 'We want more elevated design so it doesn't look like we're just stoners.'"

As more designers embrace hemp, the price point will come down, as well. Because the current consumer base is still fairly small, designers can't yet manufacture at the scale necessary to ensure the market for hemp clothing is economically accessible to those of all income levels. Moreover, it'll take some time for brands to source their hemp domestically, as more American farmers get licensed. For now, those like Ferguson or Harf source their hemp from China or Canada and manufacture their goods in the U.S.

But the proliferation of hemp in fashion will be about more than just greater consumer demand. While the 2018 Farm Bill allocates millions of dollars in subsidies to American farmers, Robert Jungmann, founder of hemp clothing company Jungmaven, says the industry needs large, well-financed investors. "A quarter billion to half a billion is needed to get it off the ground," he says. However, it's not just about the money: "We can't even advertise on Facebook or Instagram if it has the word 'hemp' in it," Jungmann adds. "Hemp is logged in still on social media as a drug, as illegal, and it's not, it's completely different. The whole thing is about educating people, [explaining] no, this isn't marijuana; no, you can't get high from wearing a hemp T-shirt."

That said, even if the hemp plant itself is a more sustainable crop than its fibrous counterparts, consumers still need to be conscientious of where and how their hemp products are sourced. "Whether it's fashion or food, every single choice we make as consumers has an impact across ecosystems," says Jacob Freepons, founder and CEO of Lumen Regenerative Hemp Elixirs. "The whole purpose of regenerative agriculture is to leave farmlands better than when you found it. Hemp empowers small farmers and community, and will be the plant most responsible for reversing climate change."

Be it with regard to fashion or diet, fuel or fiber, hemp can be the gateway to a plant-based lifestyle—and could even begin to help people consider ways to incorporate other plants into conscious consumerism, as well.

However, Ardilla Deneys, founder of Pollima Consulting, which connects manufacturers, designers, and investors to support a circular economy using sustainable materials, says she fears the excitement around hemp—and solely hemp—could lead to more monocropping. Rather than focus on making everything out of a single crop, Deneys advocates for using plant waste as a textile. Innovative clothing designers she's worked with have already used materials like pineapple leaves (Piñatex), citrus fruits, and leftovers from different parts of the cannabis plant that normally get thrown away.

While hemp can help soil capture more carbon, that doesn't necessarily require growing more and more hemp plants. Composting products made from agricultural waste can also help capture carbon, thanks to the healthy soil microorganisms that come with the compost, Deneys explains. "If we can extend the life of all that organic matter we have, create new product from it, and then make it into fertile soil, I see that as being just as good of a solution," she says. "What I see as the real revolution for materials and sustainability is the use of cannabis waste."