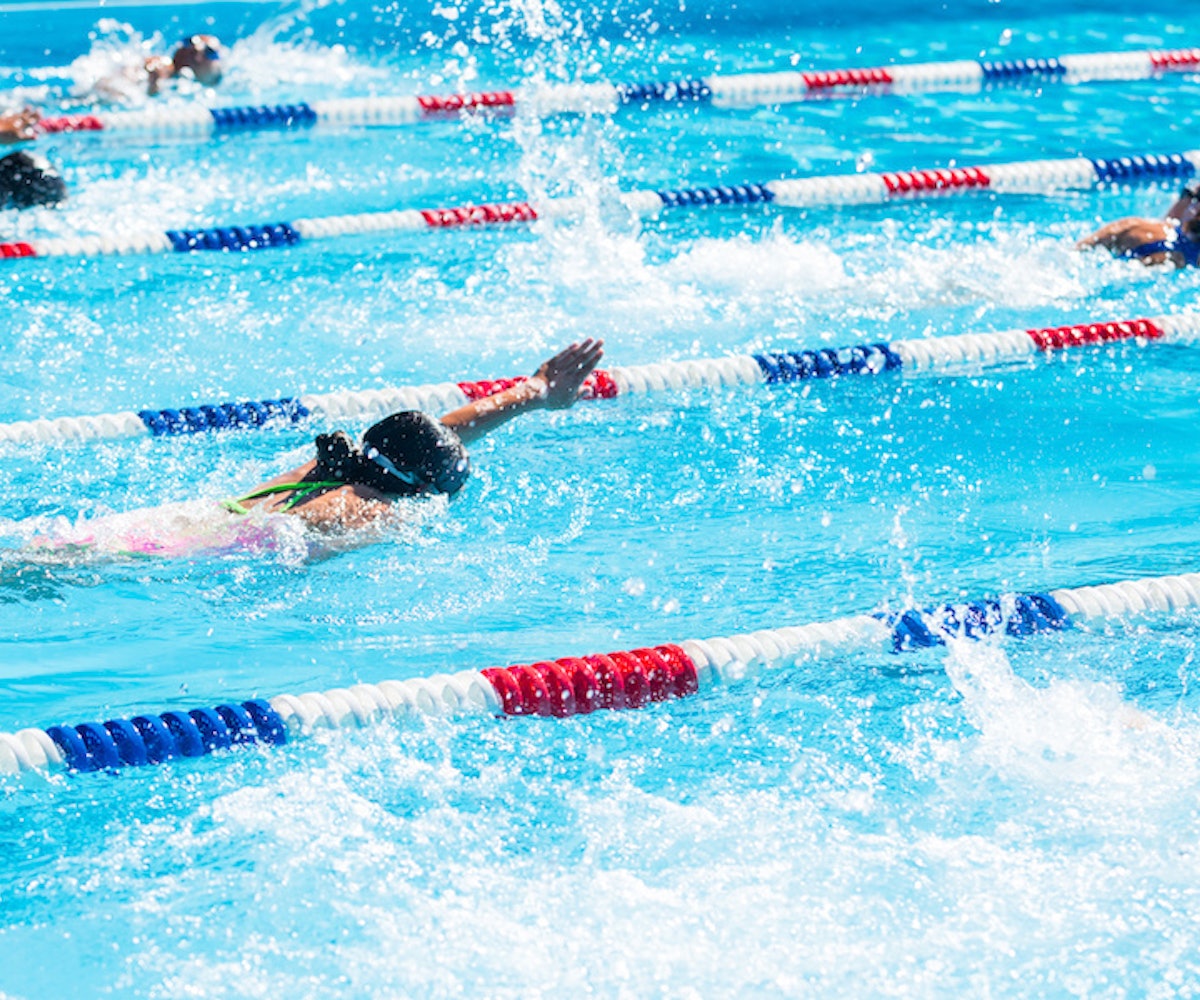 After winning her match at a high-school swim meet, one young student was disqualified for a "wardrobe violation" that was entirely out of her control. An unnamed student from Dimond High School in Anchorage, AK was wearing a school-issued swimsuit, which officials decided revealed too much of her butt after she had already won the race, prompting her disqualification. According to a blog post on Medium and further reporting by The Washington Post, the reasoning behind the school officials' choice for disqualification is being called both sexist and racist.

In the blog post, Alaskan swim coach Lauren Langford shares images that represent the guidelines for swimsuits to be worn by high-school swimmers. The swimmer was wearing the same suit as each other individual on her team, all of which were provided directly by the school, but was the only one disqualified. The young girl was accused at the match of having hiked up her suit on purpose, which was not the case. Langford wrote, "They are being targeted not because they are wearing their suits to be scandalous, thus inspiring immorality among other young people, but rather because their ample hips, tiny waists, full chests, and dark complexions look different than their willowy, thin, and mostly pallid teammates," pointing out the underlying racism and sexism of the student's disqualification.

Langford added in an interview with The Washington Post that the student hadn't hiked up her suit, but that she had experienced a "suit wedgie." She added, "And wedgies happen. It's uncomfortable. No one's going to walk around that way intentionally." According to Langford, the student is more than upset about the allegations, saying, "The fact that she's been told she's intentionally trying to draw this sexual attention has really crushed her." Per local news KTVA, the student's coach is working to fight the disqualification.