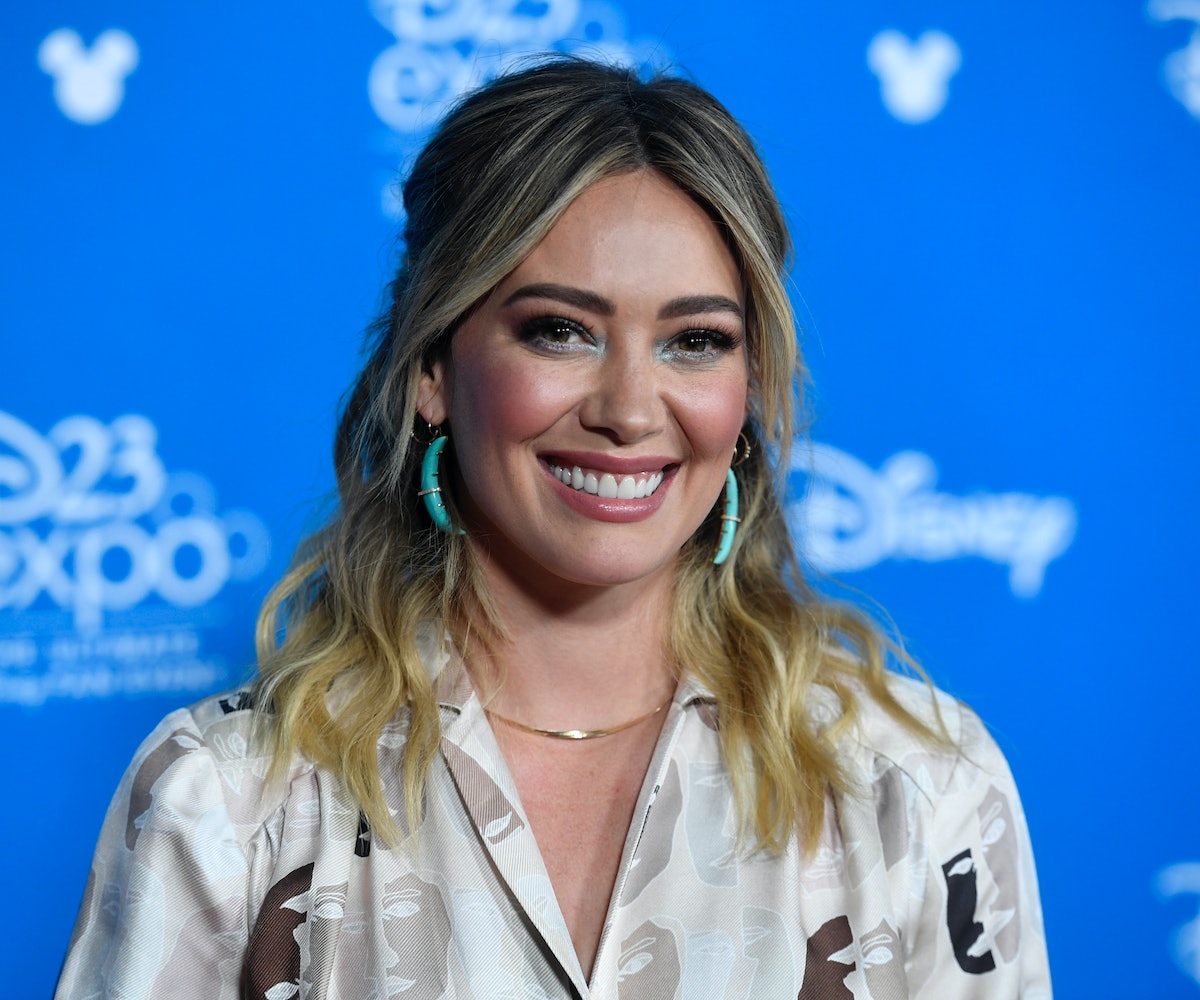 Glam squads are out of the question during the ongoing coronavirus pandemic, but Hilary Duff entrusted her 8-year-old son Luca to do her makeup in a genius workaround. The former Lizzie McGuire star shared a series of Instagram Story videos on Wednesday, April 8, announcing that she was "getting my makeup done by an 8-year-old." And as one would expect, the resulting look was totally memorable.

There's a brief moment at the beginning of the video when it truly appears as if the 8-year-old has a handle on what he's doing. Carefully applying a rust colored eyeshadow to one lid, Luca looks tuned in with his craft, even announcing that he's washing the brush after application. Unfortunately, due to the makeup artist's strict instructions — no looking until it's completed — you don't see the entirety of the routine. However, Duff does give a final reveal.

For his finished look, the next beauty YouTuber proves that his clients can wear two different colored eyeshadows. Mixing the rust with a silver, he took the look a step further with the apparent addition of mascara. Of course, the look wouldn't be complete without lipstick, and Luca's application proves very artistic. Posing for a video, Duff jokes about the lipstick's haphazard application, but goes on to admit that she likes the look. "It's subtle, it's unique," she says.

Fans will have to wait and see whether the MUA gets his chance at preparing mom for any upcoming events outside of the house, but it's clear the family is definitely brushing up on some new skills during social distancing. Weeks early, the family prepared a birthday cake together, Peoplereports.

Check out the complete glam, below.