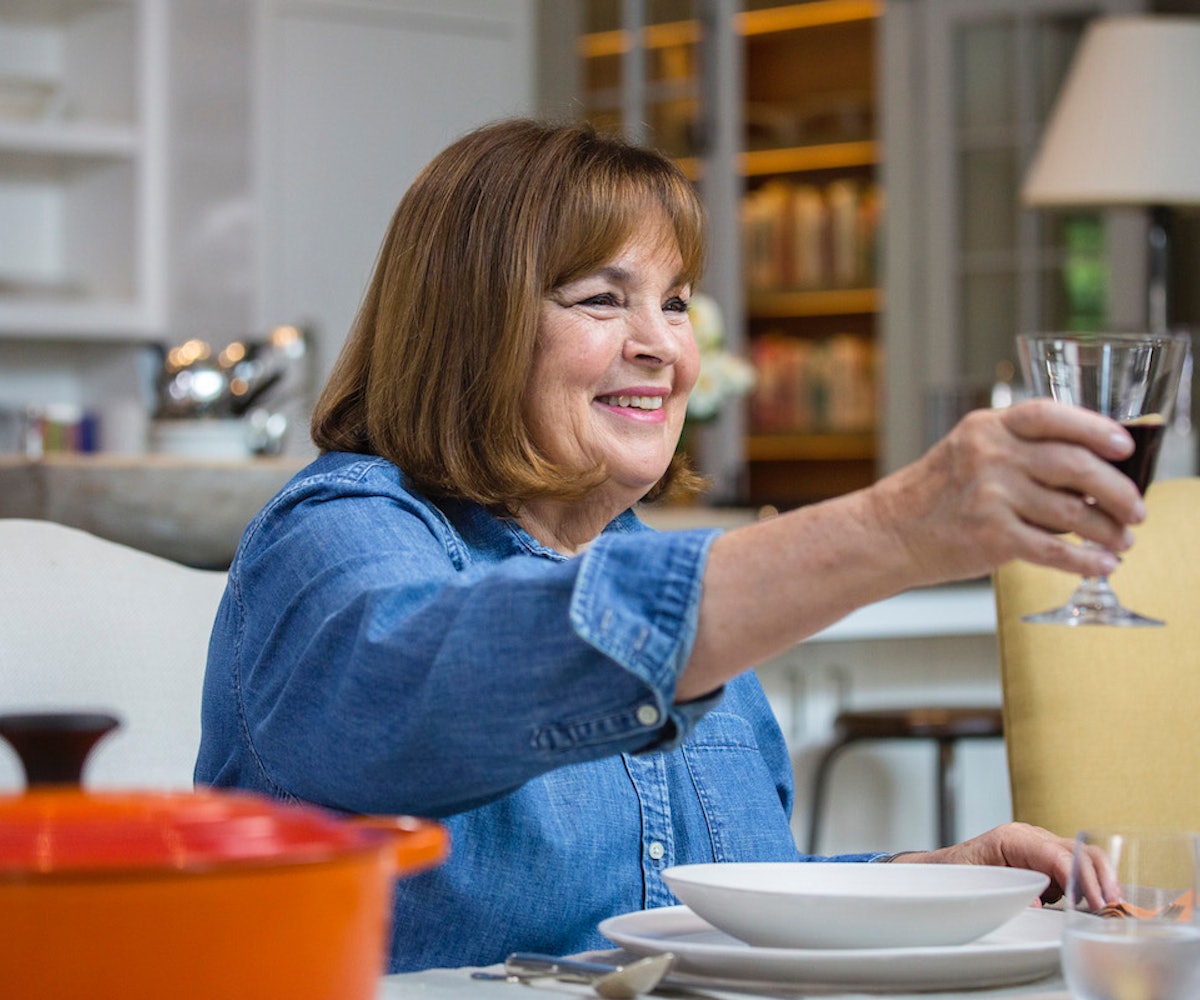 made the bold declaration

that the first rule of quarantine is that happy hour moves up by at least 15 minutes every day. At the time, I feared being controversial, but as it turns out, I'm in good company — especially now that the one and only Ina Garten has echoed these feelings in a video posted to her Instagram account earlier today. Noting that "it's always cocktail hour in a crisis,"

the Barefoot Contessa shared a special recipe for her "favorite cosmopolitan."

"During these stressful times, it's really important to keep traditions alive, and my favorite tradition is the cocktail hour," the bestselling cookbook author told audiences at the start of her video. Over the next two minutes, the culinary icon proceeded to take viewers through a step-by-step recipe of this delicious-looking cocktail using ingredients she assured most people could easily find in their kitchen.

While general cocktail recipes are par for any celebrity chef course, the beauty of Garten's (admittedly easy-to-replicate) recipe is in the obscene size of the pitcher she makes, which requires almost an entire bottle of Grey Goose vodka ("good vodka," as she refers) and a solid half-bottle of Cointreau liqueur. Her reasoning for the exorbitant portion is sound — "You never know who is going to stop by," she jokes — but even with the knowledge that home visitors are currently out-of-style, Garten seemed completely disinterested in adjusting her recipe accordingly.

After quickly clarifying that, "Wait a minute. Nobody's stopping by" (further proving herself to be a model citizen that doesn't take shelter-in-place orders lightly), Miss Garten just keeps following her formula as planned. When she's finally done making the cocktail and mixing it in her "very big" cocktail shaker, the Daytime Emmy winner moves into the last detail: pouring everything into a "good martini glass," where good is apparently just another word for enormous. "In these times, this is really important," she says, smiling as she clanks the comically large glass on the counter. "Doesn't that look fabulous?"

And honestly, it does look fabulous. So fabulous, in fact, that I'm tempted to walk to my local liquor store right now to pick up a bottle of Grey Goose despite my years-long abhorrence of anything containing vodka...and despite the fact that it's not even 4:00pm. After all, in the wise words of our Patron Saint of Cooking: "During a crisis, cocktail hour can be at almost any hour."