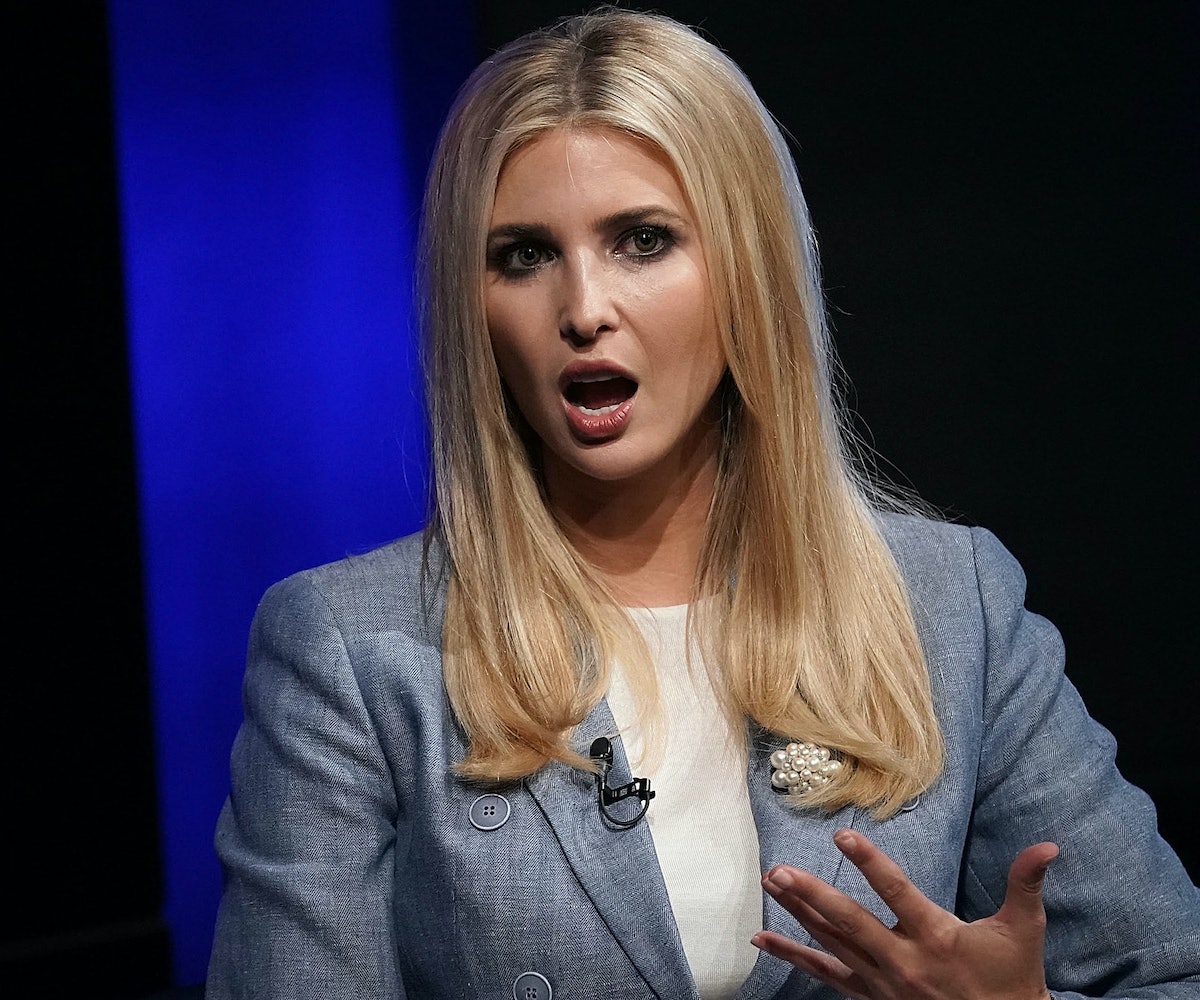 Although Ivanka Trump has sent government-related emails from her private account, she doesn't see any similarity between her situation and Hillary Clinton's email fiasco. Or, at least she's not going to admit to that she does.

Today, on Good Morning America, Trump boldly claimed that "there really is no equivalency" between her personal email use and Clinton's. She continued, "All of my emails that relate to any form of government work, which was mainly scheduling and logistics and managing the fact that I have a home life and a work life, are all part of the public record. They're all stored on the White House system. So everything has been preserved, everything's been archived." But, the report made it pretty clear that the emails were regarding official White House business, so the similarity with Clinton and Trump's personal hypocrisy are pretty obvious.

Trump essentially used nepotism as an excuse for the use of personal emails, adding, "But the fact is that we all have private emails and personal emails to coordinate with our family … and there's no prohibition from using private email as long as it's archived and as long as there's nothing in it that's classified." Maybe this wouldn't be a problem if the POTUS didn't enlist his family in his dirty work. Just a thought.