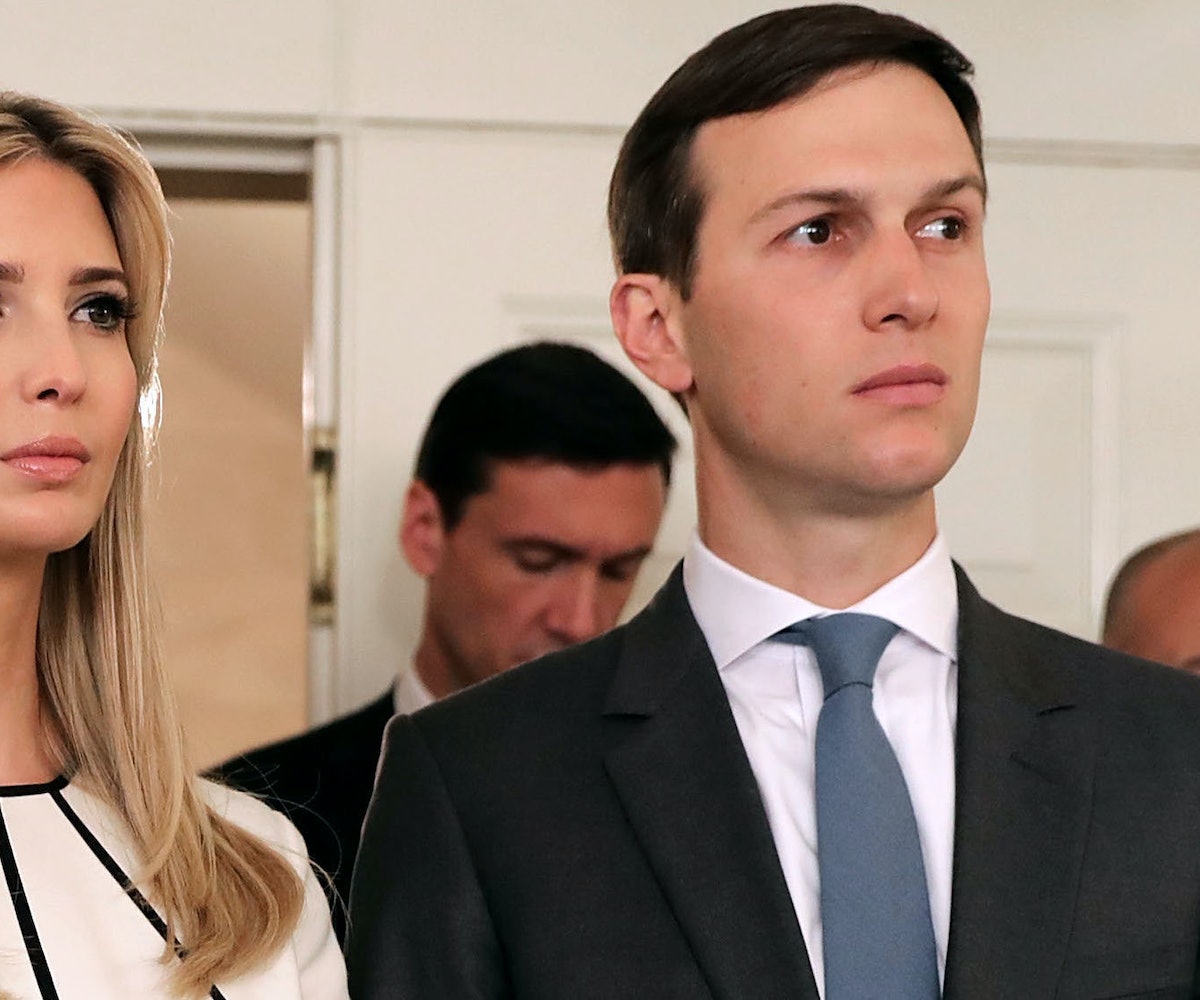 According to a report from Quartz, Ivanka Trump and Jared Kushner spent more than $58,000 in taxpayer dollars on a luxury vacation to the Dominican Republic over a long weekend in the summer. It's amazing how reckless the Trumps are with money that isn't theirs.

In early August, the Kushners went on a personal vacation to the "six-star" Amanera Resort in Rio San Juan, where reservations, according to Quartz, start at $1,650 per night. The fact that the Kushners are Trump's immediate family means that they are entitled to a Secret Service security detail when they travel, even for personal reasons, and the expenses for their security depends on what the Secret Service deems necessary.

The report notes that the Kushners used their own money to cover their personal hotel rooms and other expenses, but left their security detail's bills to the government. Federal spending documents show two payments made for the Kushners' trip. One, made by the government on August 3, totals $32,064, with the reason listed as "VIP VISIT AMANERA RESORT RIO SAN JUAN." The other payment totaled $26,280 with the reason listed as "HOTEL RESERVATION."

As Quartz points out, the fact that the Trumps go on vacation at all is not the problem—it's the frequency with which they go on trips that cost taxpayers this much money. During Obama's eight years in office, he and his family spent about $97 million on travel-related costs. In his first year alone, Trump and his family racked up $20 million in personal vacation expenses.

And, even when the Trumps do have travel expenses for business trips, they spend an excessive amount of money. Earlier this year, Melania Trump spent $95,000 at a hotel where she didn't even sleep while on a trip to Cairo, Egypt. Quartz also points out high-cost trips made by Trump's other adult children, such as Eric Trump's business trip to Uruguay that cost American taxpayers $97,830 and Donald Trump Jr., Eric Trump, and Tiffany Trump's business trip to Vancouver that cost us $53,155.25.

Virginia Canter, the chief ethics counsel at Citizens for Responsibility and Ethics in Washington who formerly served during the Obama and Clinton administrations, notes that "the big problem is we haven't had necessary oversight of the unusually high expenses incurred by the Secret Service to support the security of Trump and his grown children."

Maybe if Trump himself (or Jared Kushner) proved that he hadever paid his taxes, we'd be a little more sympathetic to his family spending ours. But then again, we probably wouldn't.