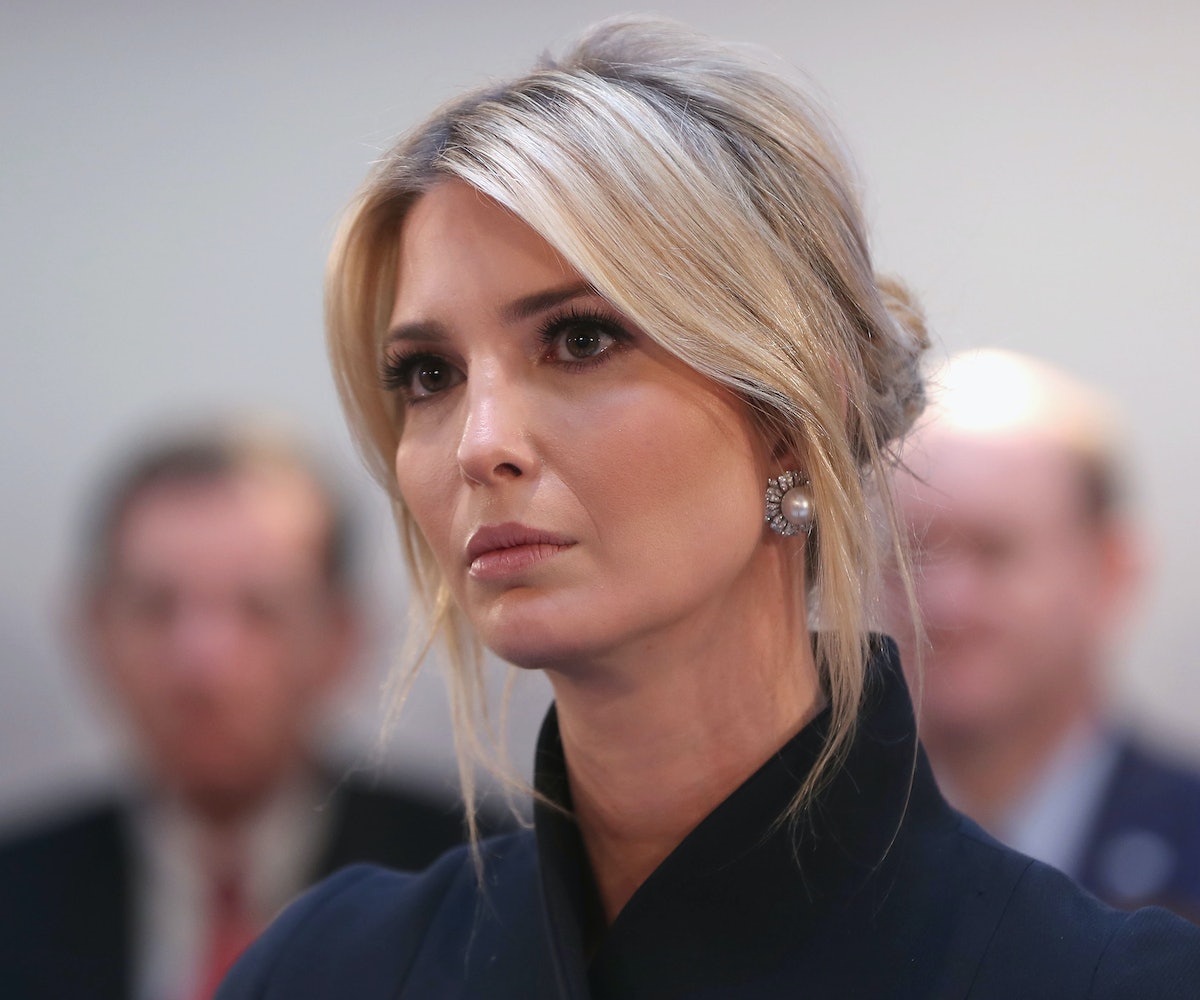 Ivanka Trump, who was born into a rich family and is employed by her father, doesn't think that Americans want a livable minimum wage. However, anyone who doesn't have her privilege and has actually worked a minimum wage job would probably beg to differ.

During an interview with Fox News (where else!), Trump discussed Alexandria Ocasio-Cortez's Green New Deal proposal, saying that she just doesn't think most people would agree with it. Although her past jobs and current position in the White House came directly from her father, and she inherited wealth and social capital from him, she doesn't think most people would want what she has gotten: to just be given everything her whole life.

"I don't think most Americans, in their heart, want to be given something," she said in her interview. "People want to work for what they get. So, I think that this idea of a guaranteed minimum is not something most people want." She must have forgotten that she did not have to work very hard (or at all) for her own jobs, because, again, they were given to her by her own dad.

She continues to say that people "want the ability to be able to secure a job," and "to live in a country where's there's the potential for upward mobility." It sounds like she thinks that making a livable minimum wage will make people up and leave their jobs altogether, which would not be the case at all.

Offering Americans a minimum wage that they could live off of wouldn't deter people from seeking jobs that paid more than that wage. It would just make sure people who did have minimum wage jobs were able to buy food and pay rent without being forced to live paycheck to paycheck.