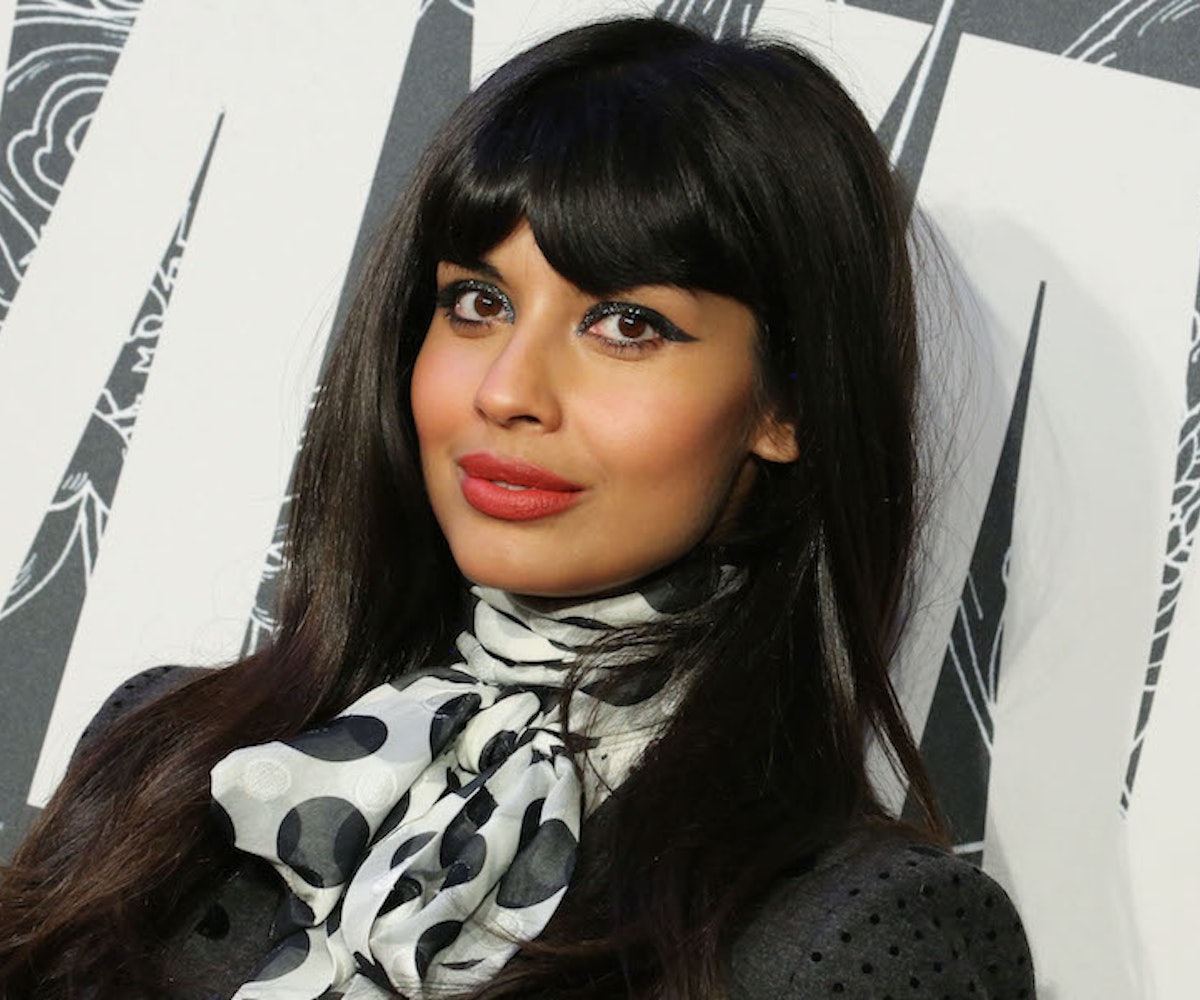 In a new interview for Glamour, Jameela Jamil reveals that she defines herself as a "feminist in progress" (rather than simply a feminist), acknowledges her need for criticism to learn and grow, and also explains how she's redefined her relationship with her body.

Okay, but being a feminist doesn't require someone to be perfectly aware of the intricacies of intersectionality in feminism; we're all continually learning and growing, no matter what our identity or stature is. It's not at all far from recent memory that so many celebrities were afraid to even call themselves feminist, thinking it was the same thing as misandry, and Jamil's attempt to place feminist as an unreachable ideal by calling herself a "feminist in progress" just makes things more difficult.

But, Jamil has been known to evolve her positions on a whole host of issues, so it seems like her idea of what a feminist is has also changed—as has her stance on body positivity. Previously, The Good Place actress has been criticized for her taking the lead on a movement to ban Photoshop, as she's a traditionally attractive, rich woman and not exactly the primary victim in a fat-shaming culture.

Rather than acknowledging that, in this new interview, she claims to now not "think about my body ever," despite being at the helm of I Weigh, a company aimed at championing radical body inclusivity. Now, Jamil says she advocates for "body neutrality," and says, "Imagine just not thinking about your body. You're not hating it. You're not loving it. You're just a floating head. I'm a floating head wandering through the world."