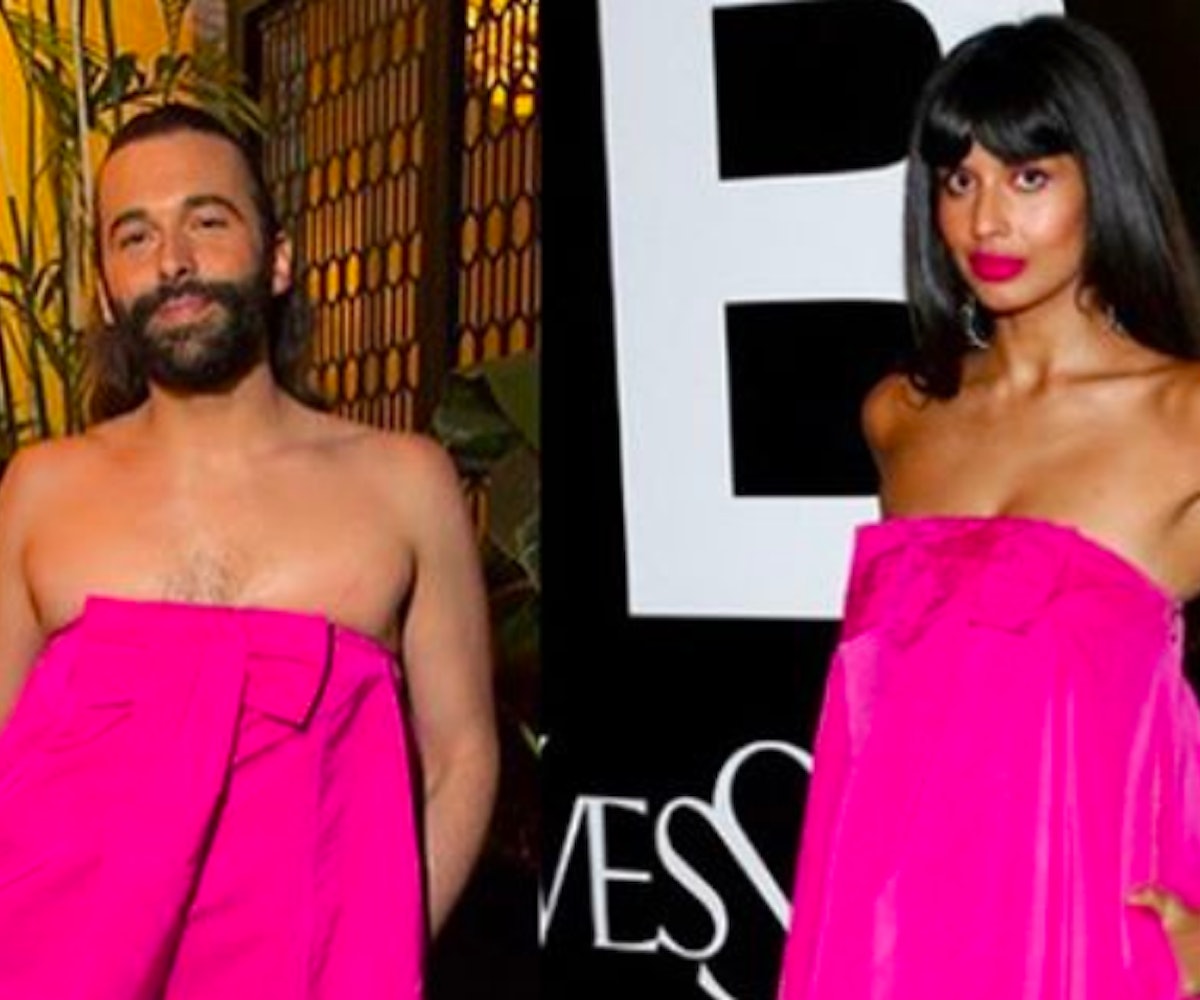 It turns out that Jonathan Van Ness and Jameela Jamil have a similar fashion taste: The two wore the same Rochas dress to two different events. What's even better, they were both thrilled to find out that they're style twins.

The dress in question is a hot pink sleeveless dress that drapes down to the floor and has a sweet bow on the neckline. Both styled it without any jewelry, seeing as it's a statement piece on its own, although The Good Place actress finished her look off with lipstick in a matching shade. When Jamil found out that the Queer Eye star had the same outfit, she took the moment to praise their look on social media.

"YOU DON'T NEED TO SAY IT! I KNOW @jvn WORE IT BEST BENCHES!" she wrote on Twitter. Van Ness responded with a heart eyes emoji on Twitter, and added, "Omggg queen great minds tho." They also pointed out that the pocket game was next-level.

It seems that neither star can decide who wore it better. IMO, both rocked the dress in their own way, so they should just share the title. Now, can one of them let me borrow it?