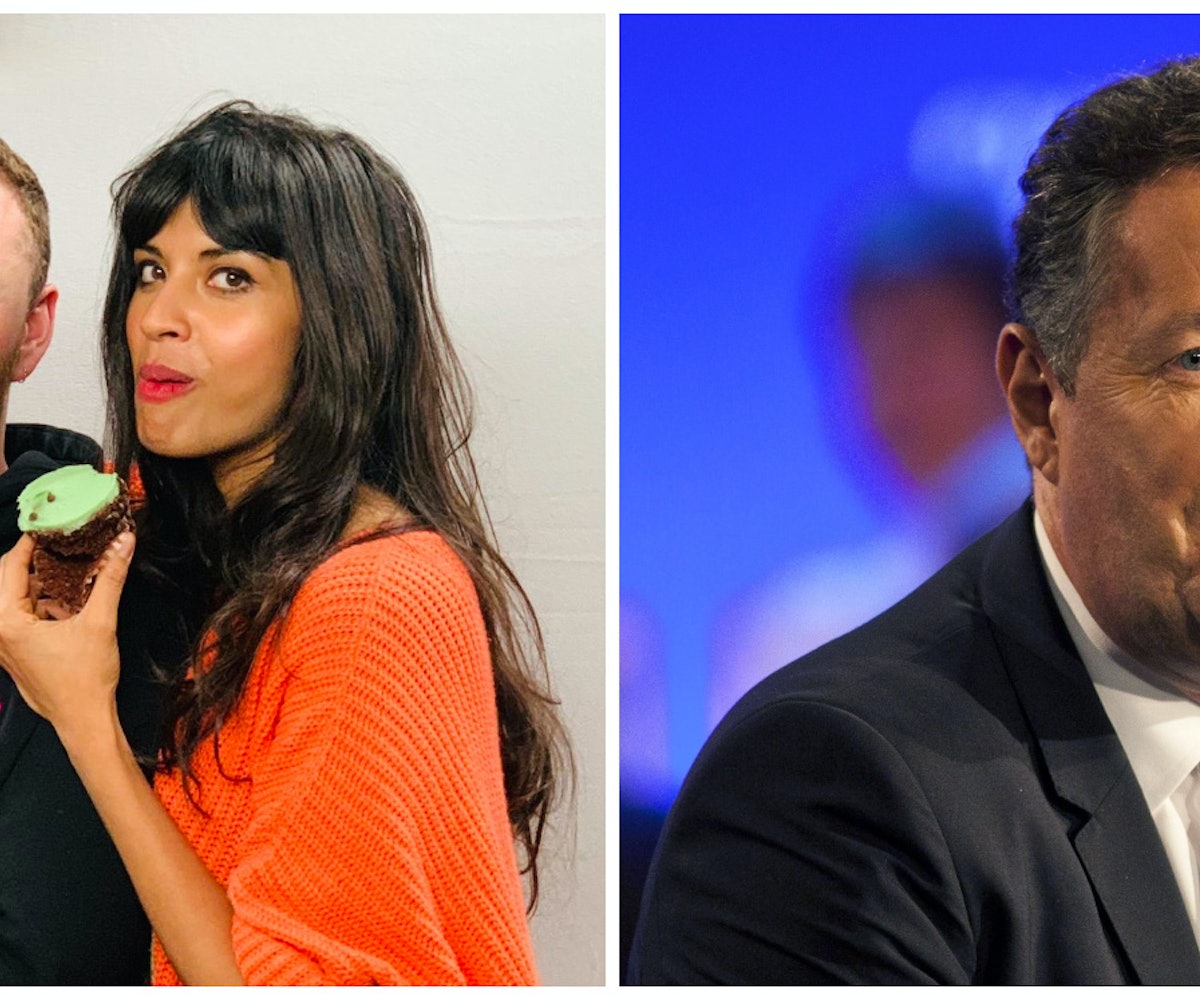 On Wednesday night, The Good Place actress Jameela Jamil went off on consistent holder of bad takes—or, as she refers to him, "England's biggest shit stain"—Piers Morgan, after he mocked Sam Smith's gender identity. We stan a legend.

In an interview with Jamil on her new I Weigh podcast, Smith spoke in length about his lifelong struggle with his weight and revealed that he identifies as non-binary. Of course, Morgan, the self-proclaimed champion of "real" masculinity, mocked the singer by saying, "I'm now identifying as Sam Smith, so I can get his royalties. This works both ways." He also asserted that he knows more about self-identity than the people with the identity markers he mocked: "I think there are so many ramifications around self-identify that are a real concern, and they haven't thought it through."

Jamil, though, was not about to have it. On Tuesday, she tweeted, "Of course England's biggest shit stain has something mean to say about it." She also brought up the time he mocked men for wearing baby harnesses to carry their children.

Morgan couldn't help himself, and further mocked the notion of gender nonconformity by retorting, "Appalling that you just assume I am identifying as male tonight." But Jamil put the final nail in his coffin with her last reply. "You're right, it is extraordinary I identify you as any kind of human being at all you giant pile of wank," she responded. Go. Off.

Someone with the power to do so needs to strip Morgan of his ability to publicly spew harmful rhetoric. In the meantime, we have Jamil.