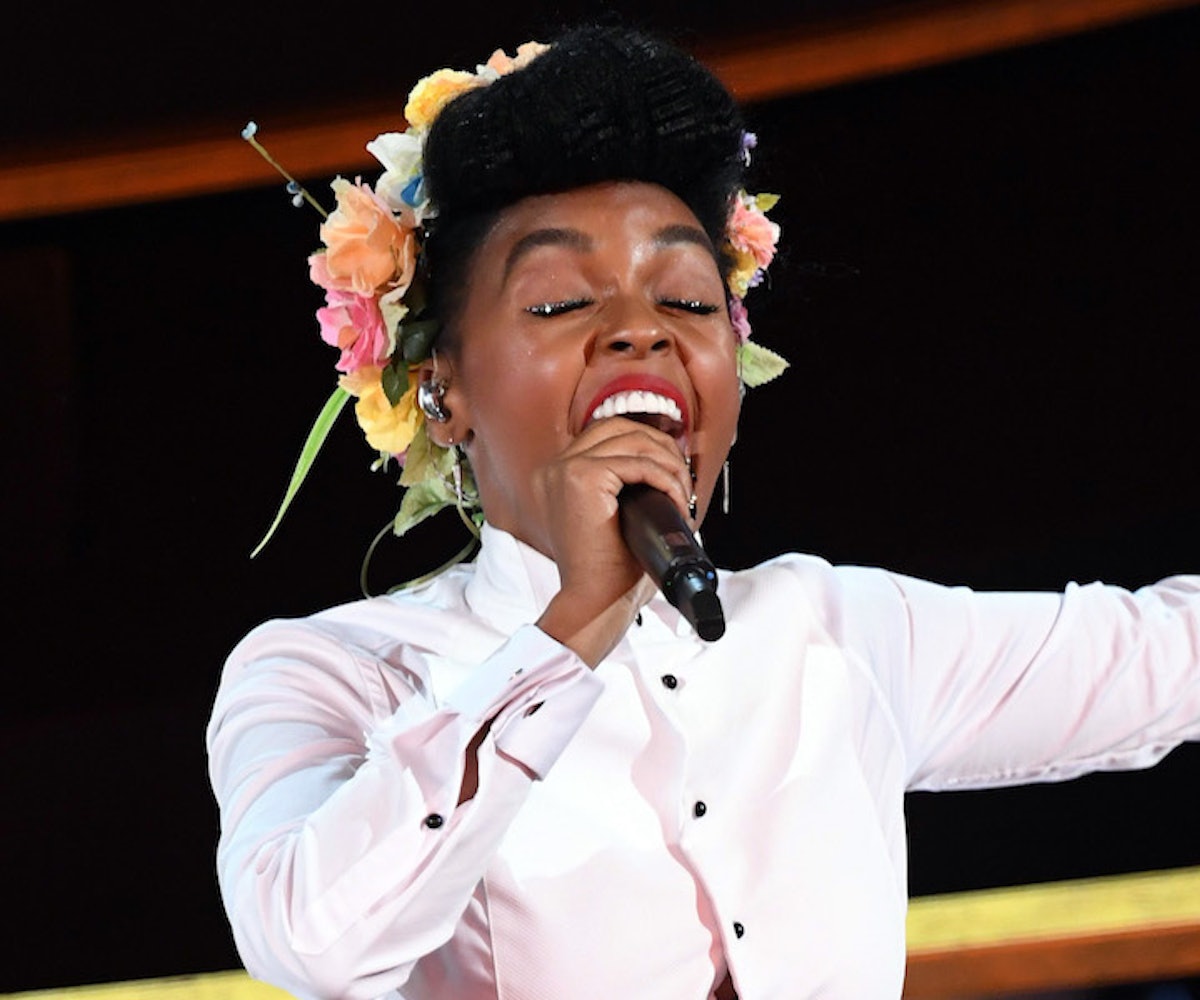 Janelle Monáe is having a busy Oscars night. The actress and singer went straight from dazzling on the red carpet to singing the house down on the award show stage. Monáe's opening Oscar performance with a rousing performance that paid tribute to the night's nominated films. The singer kicked things off with a heartfelt performance of the classic Mister Rogers' Neighborhood theme song "Won't You Be My Neighbor?" — and yes, the iconic red cardigan had its moment in the spotlight, too.

Once the cardigan was stripped off, Monáe kicked things into high-gear and was joined on stage by Billy Porter. While Monáe and Porter battled it out in a powerful duet, a group of backup dancers paid homage to the nominated films; frothy dresses twirled for Little Women, boy scout-adjacent uniforms represented Jojo Rabbit, and even Joker's now infamous clown makeup had its moment. The Academy also included flower crowns for A24's horror-meets-breakup film Midsommar and red jumpsuits for Jordan Peele's Us, two films that were notably snubbed from nominations. Monae herself wore a full look reminiscent of the film's iconic looks.

Monáe also spent some time in the audience, calling out the Academy for ignoring women directors and also making the seated actors and actresses participate in a call-and-response exercise that felt iconic in its level of cringe. Oscars 2020, baby!