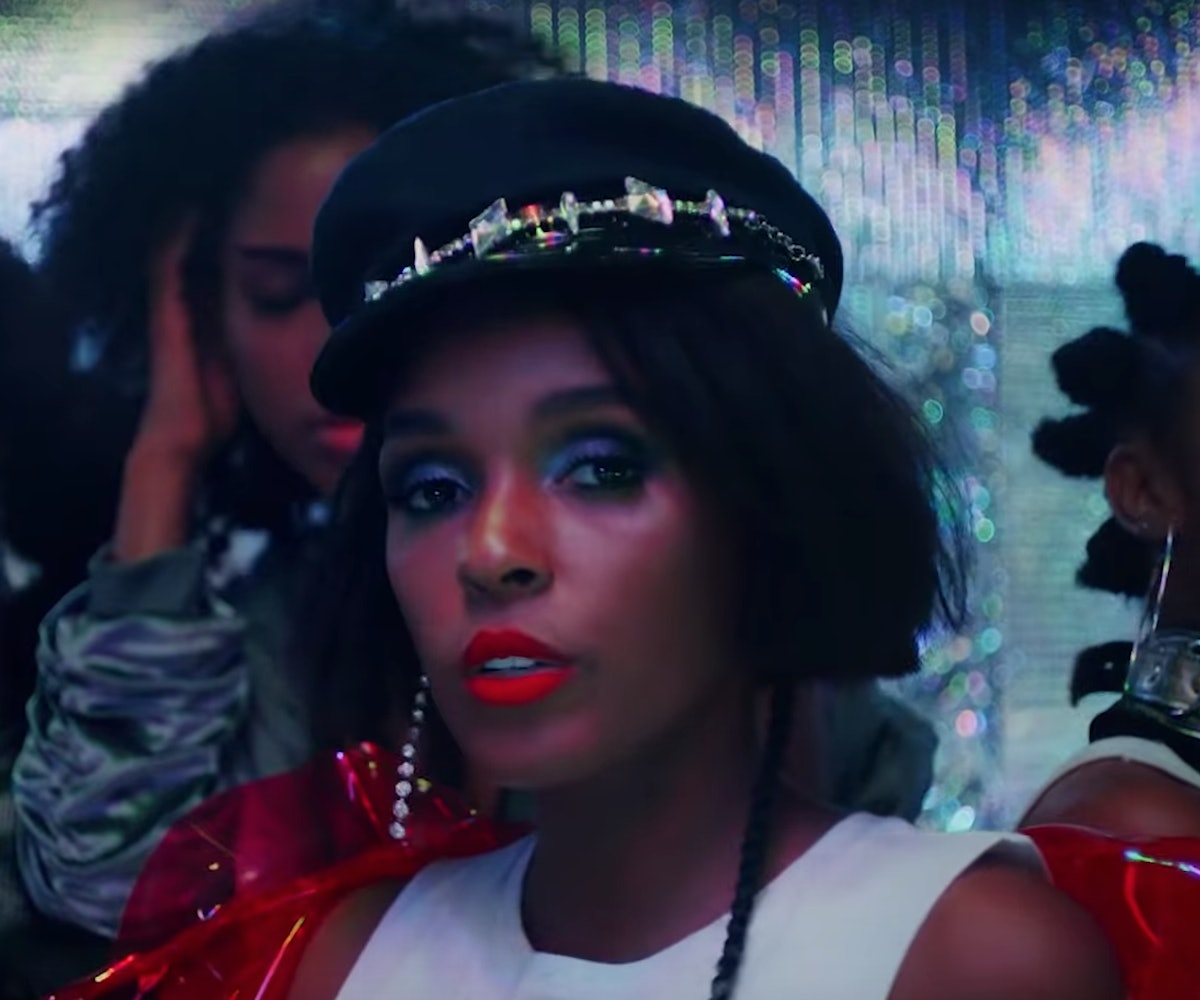 Janelle Monáe is continuing her rollout of stand-alone videos from her film project Dirty Computer – An Emotion Picture. Last month, she released the futuristic video for "Crazy, Classic, Life," and now she's providing viewers with another visual treat.

With lyrics like "Let's get screwed/ I don't care/ You fucked the world up now, we'll fuck it all back down," Monáe's song "Screwed" (which also features Zoë Kravitz) is something of a rebellious political-leaning anthem. And the video follows suit.

It opens up with Monáe and her friends waking up on the roof of a building after a night of partying. A majority of the video then involves her and her crew fleeing a security bot/drone and picking up where they left off and partying some more (the best way to recover from a hangover is to keep drinking after all). At some point, the group ends up in a room with three screens that flash images of a woman wearing a hijab, the Statue of Liberty, and protests.

Of course, regular Tessa Thompson makes an appearance in the video also. Although… well, you'll have to watch the video to see what happens.

NEXT UP
Entertainment
Jennifer Vanilla's “Take Me For A Ride” Is A Glam Fever Dream
Fashion
Behind Demi Lovato’s Pop-Punk Outfits In The “Skin of My Teeth” Music Video
Entertainment
Soccer Mommy Balances Resilience & Resignation On Sometimes, Forever
Entertainment
Machine Gun Kelly Opens Up About Reported Miscarriage On "Last November"