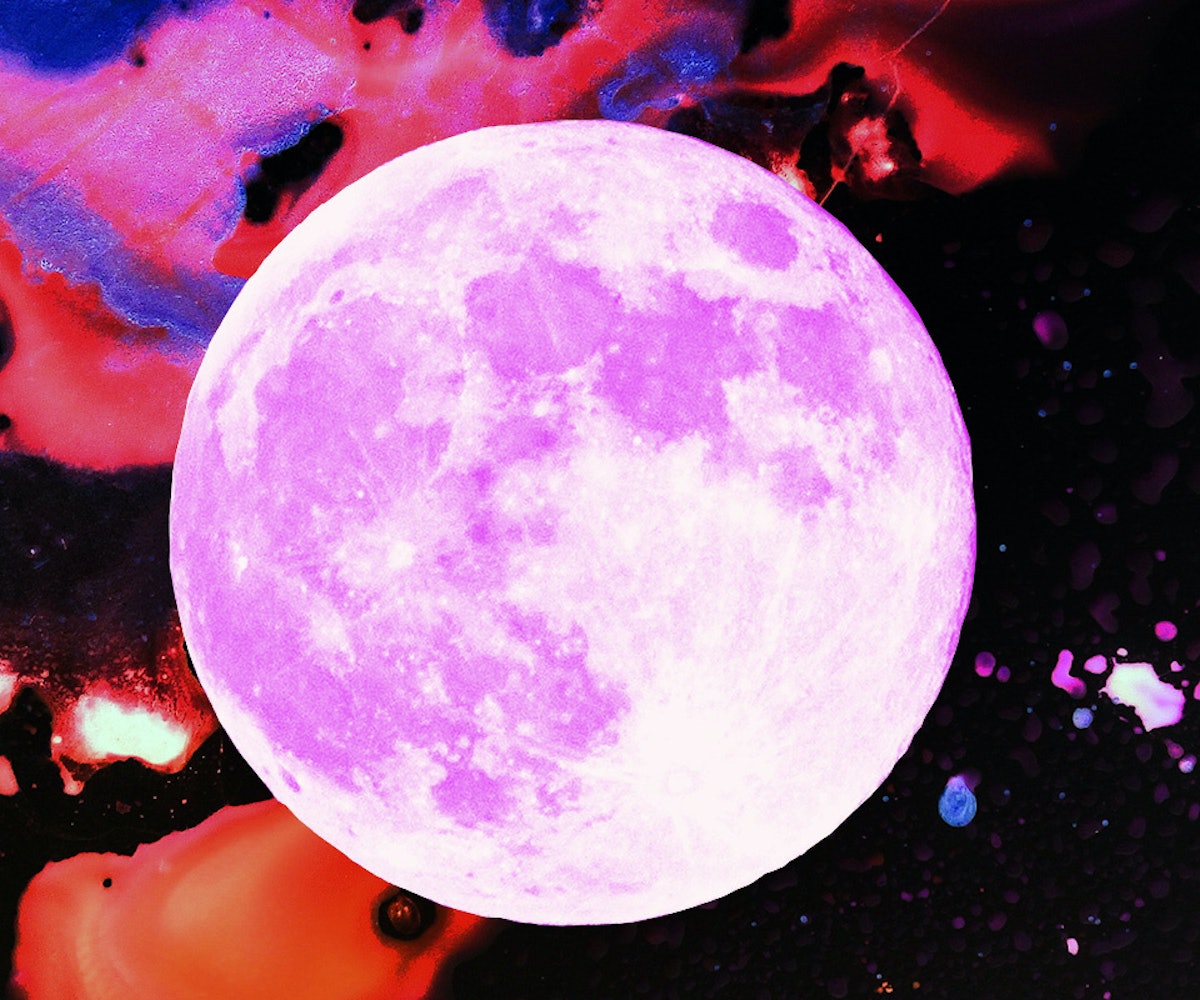 There's a lot of pressure to act new when the year is new — a lot of focus on better habits, breaking patterns, and leaving things behind in 2019. Sprinkle on all those "new decade" feelings and 10-year retrospective posts, and you've got yourself a cake decorated with difficult expectations ahead of the January 2020 Full Moon Lunar Eclipse. For some, the concept of starting fresh is simple; for others, it's near impossible. To envision change is not to live it, although it may very well be the first step. So, let's start by envisioning it, not as a goal but as living breathing energy that is already around us and a part of us. If there are things you are not ready to let go of yet—or maybe you're ready but you're not sure how—it might make you feel validated to know that the eclipse cycle we've been in since January of last year is not over yet. In fact, it won't be over until this summer. So, while you might feel like you're done with the energy of the year past, it isn't done with you.

Like a lover who you must break up with over and over, this lunar eclipse in Cancer finds you exactly where you're at and challenges to recognize the work you've done on yourself and claim the life you want rather than cling to the one you know.

When a lunar eclipse occurs, the sun, Earth, and our moon line up exactly in that order. The light of the sun is obscured as Earth casts her shadow on her moon. The moon, which relies on the light of the sun to shine, is cast into darkness. Because Earth is round and can refract light, the moon in darkness is still visible. Rather than fade into the night, it becomes phenomenally cast in red blended light that bounces off the Earth. If every month we rely on the light of the full moon as a kind of intuitive well from which we drink our reflections and insights, then this is a full moon that asks us what blended light—what information, what knowing—we cast onto our well of intuition in our efforts to receive. Or, more simply put: In what ways do we dig our heels into what we imagine we know, about our relationships, our capabilities, our power, when faced with the feeling, and possibly visions, that we could be more. What is it that compels us towards limits, as a collective and as singular entities, when we are offered limitlessness?

January's astrology is heavy with Capricorn energy, with discipline and work ethic and judgment. Our lunar eclipse arrives just days before a Saturn Pluto conjunction in Capricorn, a major aspect that happens approximately every 34 years. Capricorn, in addition to its astrological traits, correlates with The Devil in the Tarot, a card that teaches us how we bind ourselves in chains when we refuse to believe that life is more than what we know of it. We lean into the familiar when we are afraid. We convince ourselves that life is better with the Devil we know. The familiar might be outside of us, but our responses become like grooves in the earth. Often these grooves are from our childhoods, our earliest understandings of relation, our first and our most impressive teachers. It takes mettle, will, to raise the wheels and make a different indentation. To feel free. It takes time to rise into Saturn, who, while rules Capricorn, has a different Tarot card: The World.

I can't express to you, reader, just how many conversations I've had over the past week where someone said to me a version of "I know this isn't me anymore, but I can't help but repeat the behavior as if by compulsion, or a fixed track." The difference is: awareness of a behavior. The difference—and this is no small thing—is knowing that a response comes through you rather than that it is you. Pluto's work is the work of uncovering shame and one's trauma inheritance. Just look at Prince Harry and Meghan Markle refusing a position that bound them. Even princes get the blues when their spouses experience constant racism in the light of their crown. Especially a prince called to end a cycle of media abuse that marked the devastation of his mother. When you can separate a behavior or a thought pattern from your concept of self, you are empowered to choose other behaviors that align with who you want to be in this world. Who you are, moving forward.

This conjunction, up against the sun in Capricorn and Mercury (remember what was written about blended light as assumed knowledge) opposes the lunar eclipse in Cancer, and the North Node in Cancer too. Our own Earthly bodies hang in between, our corporal selves pulled between what we think we know and what we feel coming. What can an Earthling do in a position like that? Hang on until our hands feel tired and then let go, trusting that nothing is lost in the universe, not the connections we made or the memories. The past is past, but it is not erased or invalidated. You make new grooves, you move on.