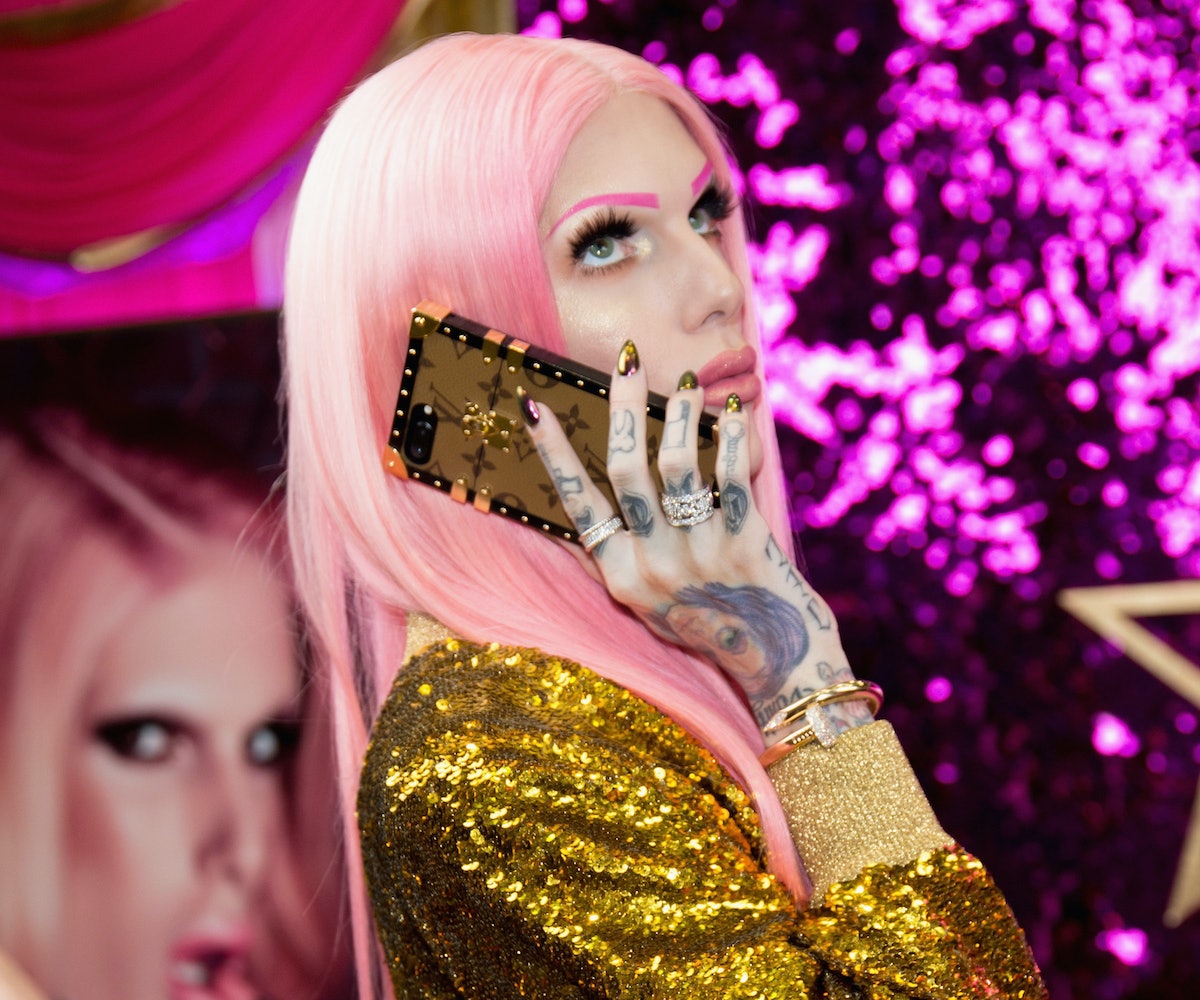 In today's edition of news that absolutely no one saw coming, Jeffree Star has started an online war of the words with Mason Disick. Yes, you read that correctly, the popular beauty YouTuber is fighting with the 10-year-old son of Scott Disick and Kourtney Kardashian.

This very unexpected feud began after the 10-year-old went live on TikTok, Buzzfeedreports. During a question and answer session with followers, Disick was asked what beauty YouTuber he liked. Although Disick admitted to not watching much in the way of makeup YouTube, he did reveal that he didn't exactly like Star, saying, "I think James [Charles] — he's really nice. Because Jeffree Star is, like, spoiled AF."

Star apparently discovered the comment, as he later made his feelings on the child known. Tweeting and later deleting an April 1 response to a journalist that was discussing the comment, Star wrote, "I had $500 in my bank account six years ago…Maybe he's confused with his own privilege versus mine being self-made, hopefully his father can educate him soon!"

So far, there's been no response from the Kardashian camp, but it is worth noting that Disick probably even wasn't supposed to be on TikTok. As Buzzfeed notes, Disick had recently created an Instagram account. He went live, fielding questions about his family, and later made headlines for denying that former partners Kylie Jenner and Travis Scott had gotten back together. Shortly after Disick's unexpected social media debut, his mother confirmed that his account was deleted. It's unclear whether his parents knew about the TikTok, but judging by the current state of things, it's likely that fans will hear more soon.

Additionally, this is hardly the first time that Star has spoken out against a member of the Kardashian-Jenner family. In the past, he's called Kylie Cosmetics "lackluster," made fun of Kim Kardashian-West's beauty line, and alleged that Kylie Jenner was placed on the cover of Forbes because he first "declined" the feature.

Below, check out the tweet from Star that has since been deleted.