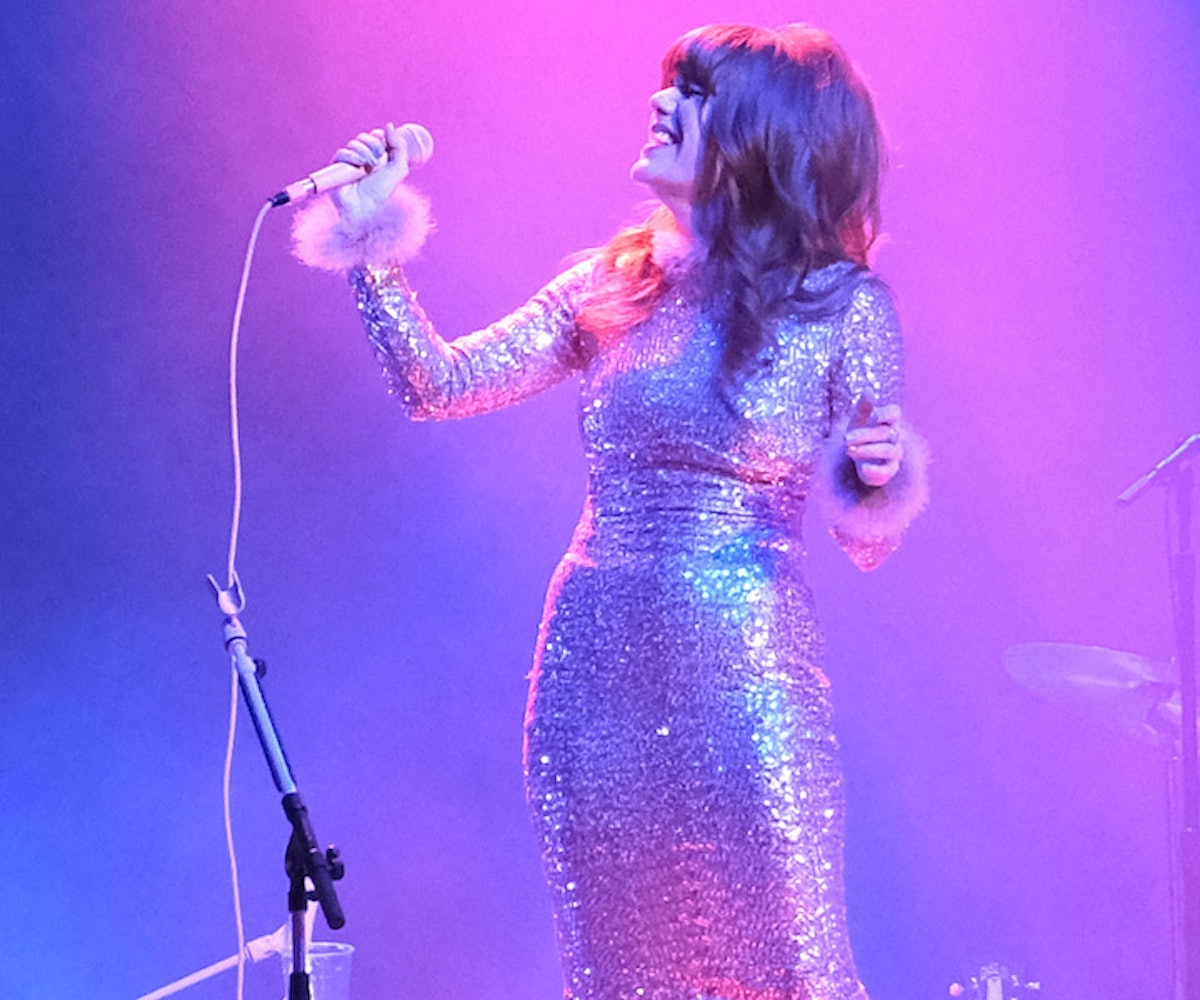 Jenny Lewis is following up her incredible new albumOn the Line with the only thing better than her album: Her own personal strain of weed. In partnership with Glass House Farms, it's called The Rabbit Hole, which presumably will offer an experience similar to the one Alice had after she tumbled down into Wonderland.

The strain is a light Sour Diesel sativa with 16.3 percent THC and, per a press release, "the origin of this strain can be traced back to a Grateful Dead concert in 1991, where the seeds were first distributed." Which is a pretty sick back story, even if you don't believe it.

Lewis revealed the gorgeous packaging, which was designed by artist Sina Grace, and made to look like the ultimate horse girl tarot card. You'll *definitely* be finding a way to re-purpose this container for long after you've lit up.

Unfortunately, per lame laws across the U.S., the only way you can get The Rabbit Hole is through Glass House Farms in Los Angeles, and their retailers, Sweet Flower Melrose, Sweet Flower Studio City, The Pottery, The Cannary, The Beach and Bud & Bloom. So, uh... Andrew Cuomo, what was that about legalizing recreational marijuana in New York State? I'm going to need you to speed that up.

On the bright side, Lewis' bud is sold in five-piece packs of pre-rolls, so there's very minimal effort to getting her type of high. Plus, she teamed up with a place that is super eco-conscious. "Glass House Farms uses environmentally-sound practices that maximize water retention, minimize waste and go above and beyond state compliance standards to deliver a consistently premium product," per the press release. I didn't think I could stan Lewis any harder, but would you look at that, it's possible after all.