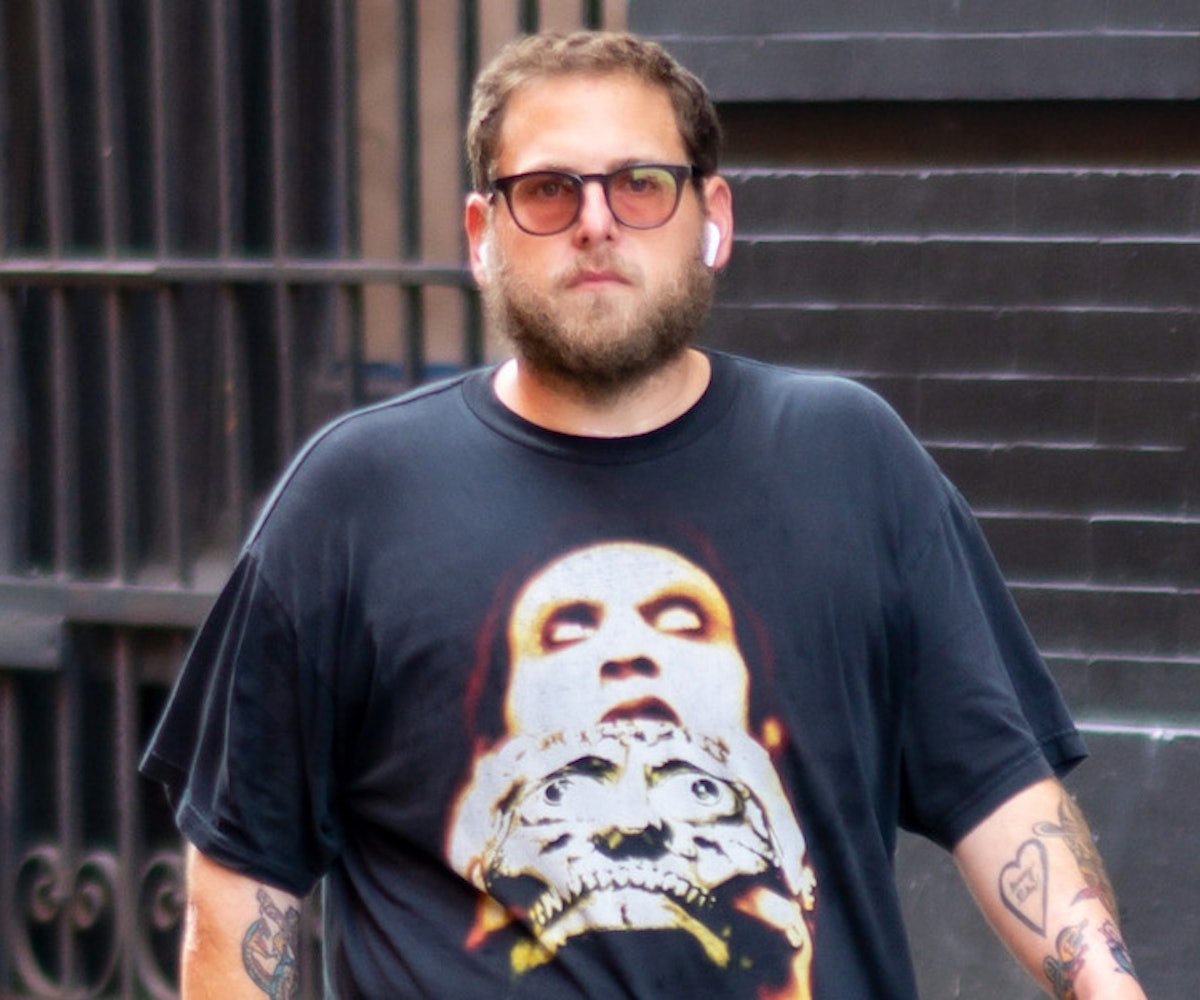 It's official: actor Jonah Hill has partnered with Adidas for a new creative endeavor. Sneakerheads have spent a good part of the new year buzzing about Hill's rumored forthcoming collaboration, but until now, the actor had yet to officially speak about the project.

Hill teased the project with short animated clip On instagram, illustrating the logo for the collaboration. In the caption, he shared,

This is the official announcement that I'm partnering with adidas. Thank you adidas for trusting me and believing in my ideas and pushing them to become even better. This is a dream for me to start the journey of creating with a team I respect and love. Thrilled to show you all what we've been working on. More coming very soon.

Hill doesn't give any details about the collaboration away — not even a launch date — but according to Sole Collector and pyleaks, he's reportedly collaborated with the brand on three sneakers, two Samba colorways and one Superstar, retailing at $110 and $140 respectively.

The news of Hill's partnership comes deep in the midst of Beyoncé's Ivy Park for Adidas rollout, which is set to officially drop on Saturday, January 18. It wouldn't be too surprising if details Hill's project were fleshed out to the public once the internet has calmed down about every last bit of Bey content.

Check out the official announcement below.