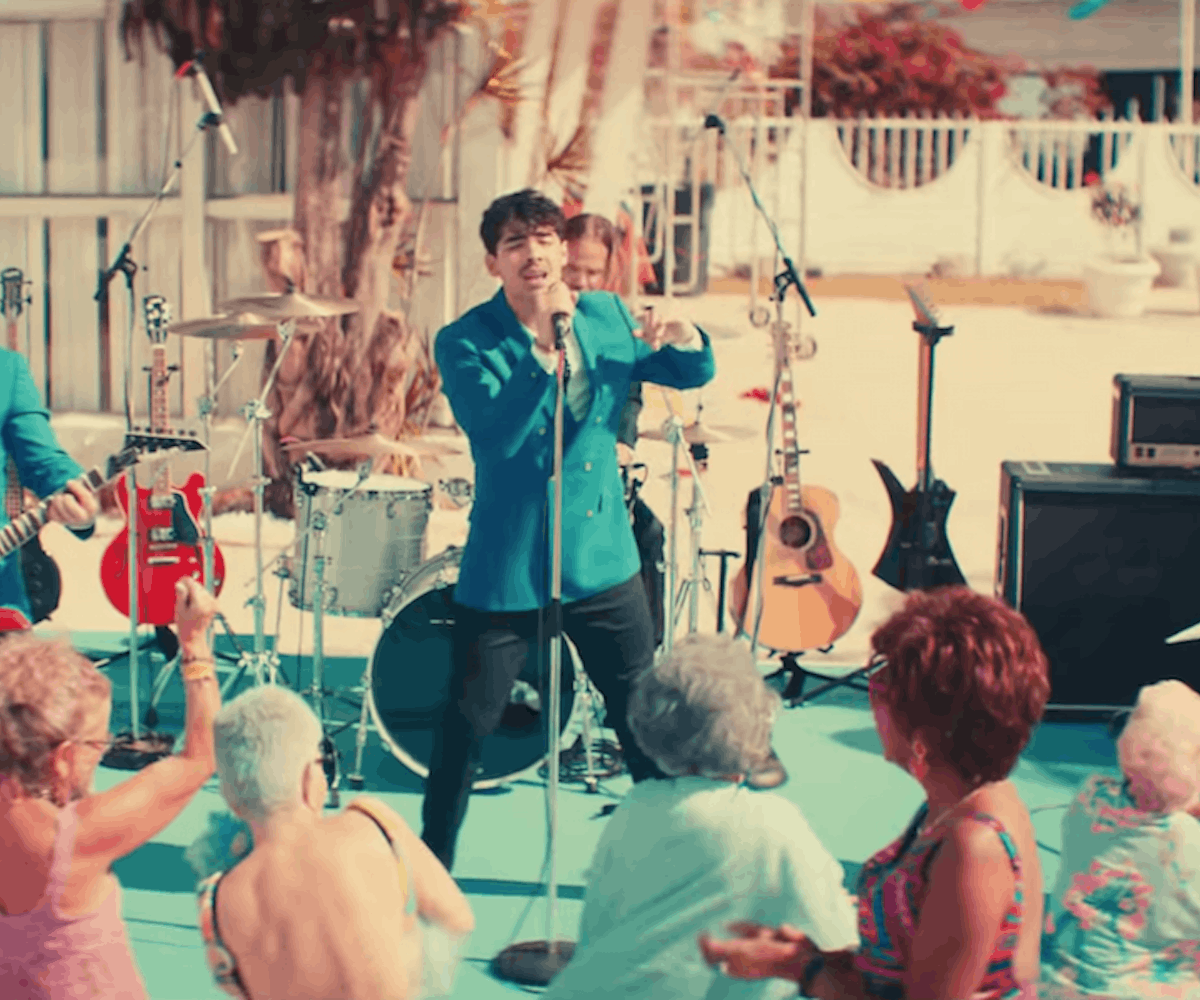 The Jonas Brothers have followed up their return single "Sucker" with a declaration that they are still very much "Cool" after all these years. On Friday, they dropped the track and an accompanying music video, which starts off with the trio playing to a brightly attired crowd of retirees attending bingo night by the beach. It's basically a glimpse into my own future, still bumping the JoBros, my gray hairs dyed pink with a small pooch in my arm. Truly the dream.

Anyway, this isn't necessarily the "Cool" that the Jonas Brothers are singing about; the rest of the video shows the three men better dressed in retro suits, dancing along the boardwalk and amongst beach-goers as they bask in the glow of their own coolness. The lyrics are full of funny little name drops, with Joe singing, "Oh, I feel like Post Malone when I get home/ Sittin' there, winning like it's Game of Thrones." Previously, Malone referenced the band on his song "Better Now," so it seems to be merely a friendly back-and-forth between the bros and the "Rockstar" singer. And, clearly, the GoT reference isn't just timely; Joe is engaged to actress Sophie Turner, aka Sansa Stark.

All of the Jonas Brothers are feeling so "cool," in fact, that in the chorus they (jokingly) sing, "It's like ooh, maybe I should bottle my moves/ Sell 'em for a dollar or two." And maybe if we all hadn't seen this viral post of their "moves" on display I could get behind that sentiment.

Check out the video for "Cool" below.