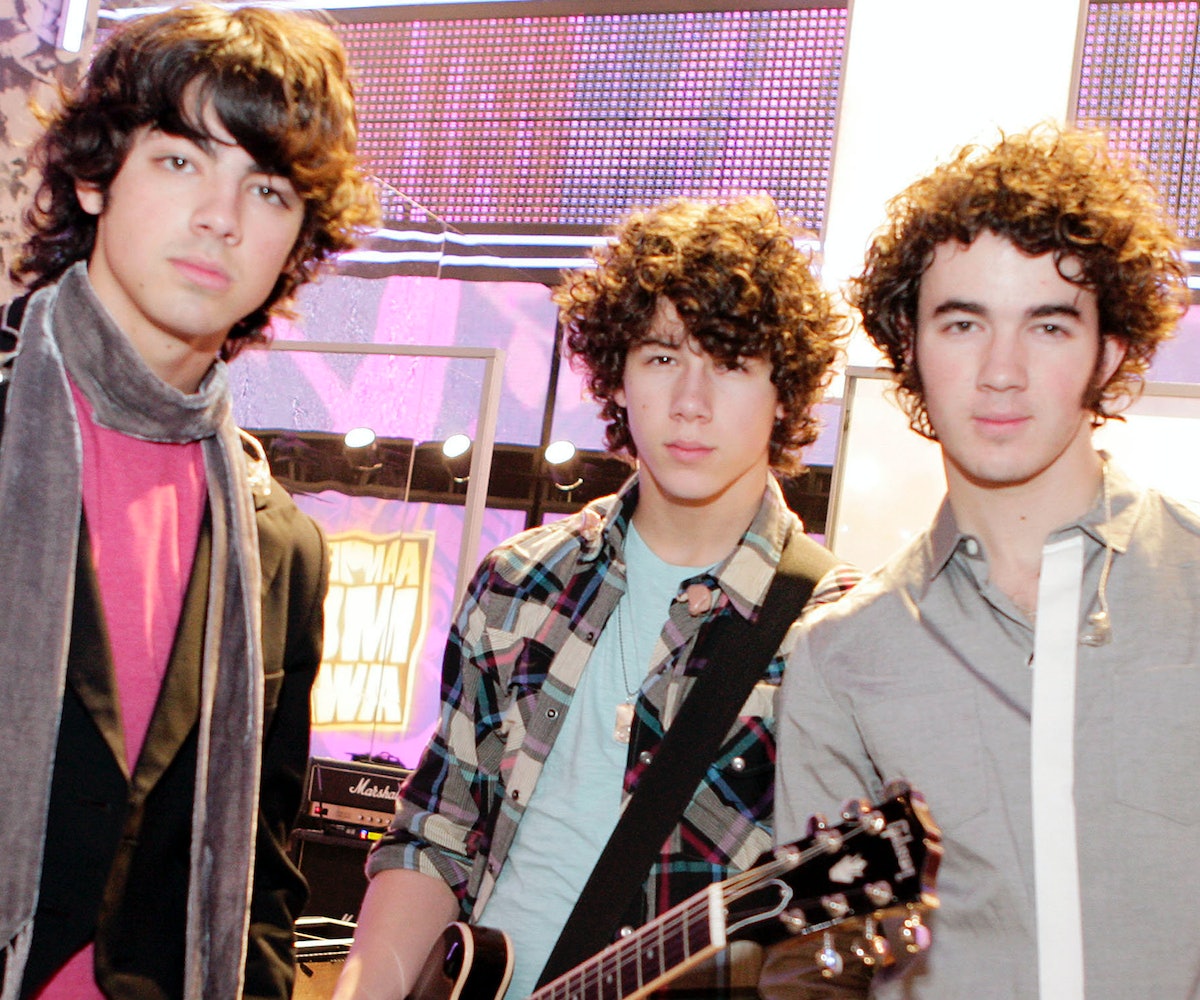 Looks like it might not take until the "Year 3000" to have The Jonas Brothers back in my life and churning out pop bangers! Six years after they broke fans' hearts across the globe with their split, the three are allegedly reuniting and rebranding themselves as JONAS, according to Us Weekly.

A source shared pretty promising words with The SUN about the trio's return. "It's no secret that things weren't great by the end of the Jonas Brothers," they said, referring to the quickly canceled tour and rumored fighting that preempted the breakup, "but blood is thicker than water and they've healed their rift in the years since the split." Right now, The SUN promises a documentary and new music to come from the reunion, but the brothers have yet to confirm.

Nick Jonas, who recently wed actress Priyanka Chopra, has been keeping the hope alive on Twitter by stealthily hitting the like button on fan speculation about the reunion.

The Jonas Brothers fandom proved to be alive and well upon the news of the potential reunion, digging up iconic JoBros content and reminiscing on the extent of its love for the band—from puffy paint to J-14 poster-covered shrines—to celebrate the good news.

Could the move to the single-word moniker also be a nod at the brothers' perfectly corny, two-season Disney Channel sitcom of the same name? What I would give to have that show come back into my life!

Now, how about Big Time Rush takes note and follows suit? 2019 needs this kind of energy.