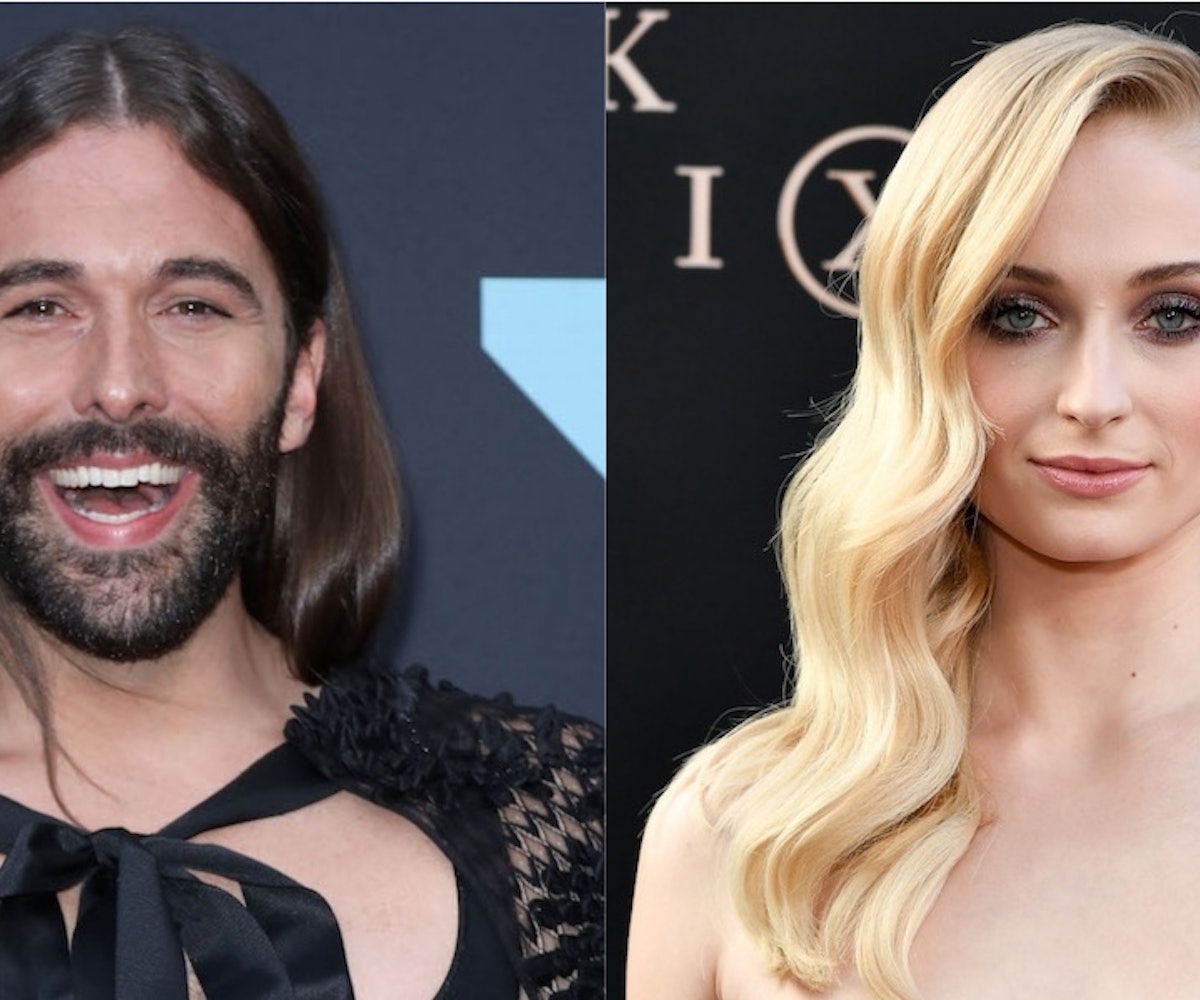 Gay of Thrones host Jonathan Van Ness ran into Game of Thrones actress Sophie Turner, and their reaction to meeting each other will clear your skin, pay off your student loans, and surprise you with a puppy. The two spotted each other backstage at the 2019 MTV VMAs on Monday night, making for one of the cutest moments of the evening.

"I didn't breathe this whole video," Twitter user @MarcSnetiker captioned the clip, and I don't think Turner or Van Ness did either. Turner screeched Van Ness' name once she laid eyes on him, and in response Van Ness doubly freaked out by spinning around to walk away, saying in disbelief, "You don't know my name!" Once he'd gotten over the initial shock, Van Ness gushed over the GoT finale: "I love you so much. So happy for your ending, I was so relieved." Turner then introduced JVN to her husband, Joe Jonas.

Both Turner and Van Ness are currently nominated for Emmy Awards: Turner for Outstanding Supporting Actress in a Drama Series and JVN's Gay of Thronesfor Outstanding Short Form Variety Series, as well as for his work on Queer Eye. Turner will have to face off with many of her GoT castmates in the same category, with Lena Headey (Cersei Lannister), Maisie Williams (Arya Stark), and Gwendoline Christie (Ser Brienne of Tarth) all nominated for the same award.

See JVN's reaction to the encounter where he refers to Turner as "Sansa Fierce," below.