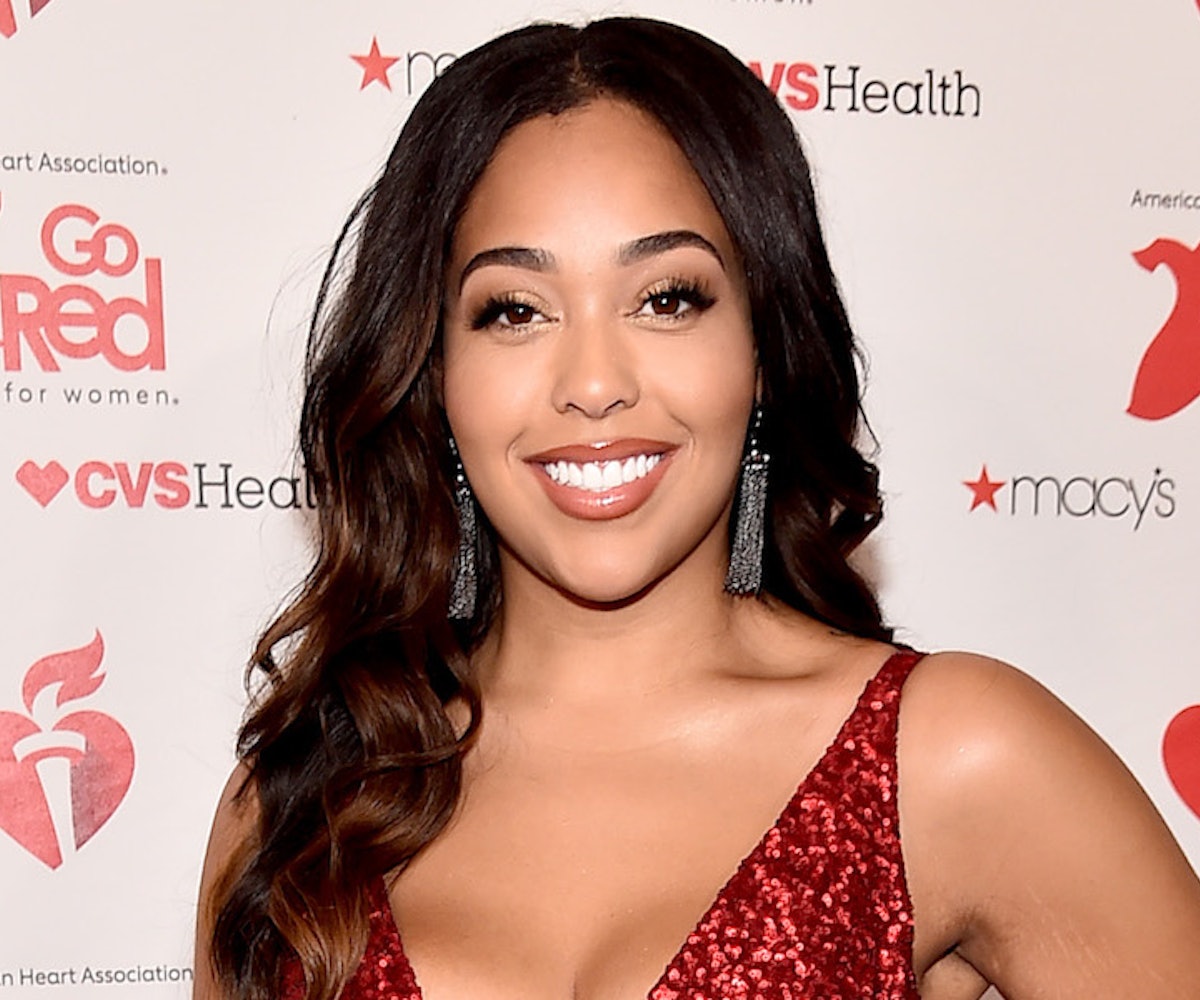 Despite the Kardashians attempting to discredit and putting blame on (though later backtracking) Jordyn Woods in the midst of Tristan Thompson cheating scandal, she is thriving, thank you very much. Following her appearance on Jada Pinkett Smith's Red Table Talk, she has returned to the spotlight with her first business deals. According to The Blast, Woods is about to fly overseas to seal a lineup of lucrative partnerships.

Apparently, Woods has been "flooded with calls from companies who want to get their brands seen with the star," including an alleged deal for Woods' line of eyelashes. Sheeraz Hasan, the marketing "guru" who was seen with Woods and her mom as she announced her trips to London and Dubai via Instagram, is apparently involved in many of the business discussions. Woods and her mother will leave at the end of the month to start her business travels.

In the meantime, Woods shared her first sponsored post since the Kardashian fallout on Sunday, with swimwear brand Icon Swim.

Unfortunately, some brands have used Woods' name negatively to grab attention. Haircare brand Bellami Hair has had to issue an apology for what some called a racist meme involving a photo of Woods' adorable new bob, which it'd captioned "When Kylie Jenner stops paying for your lifestyle, including your hair extensions."

If what The Blast reports is true, this is only the beginning of successful deals for Woods.