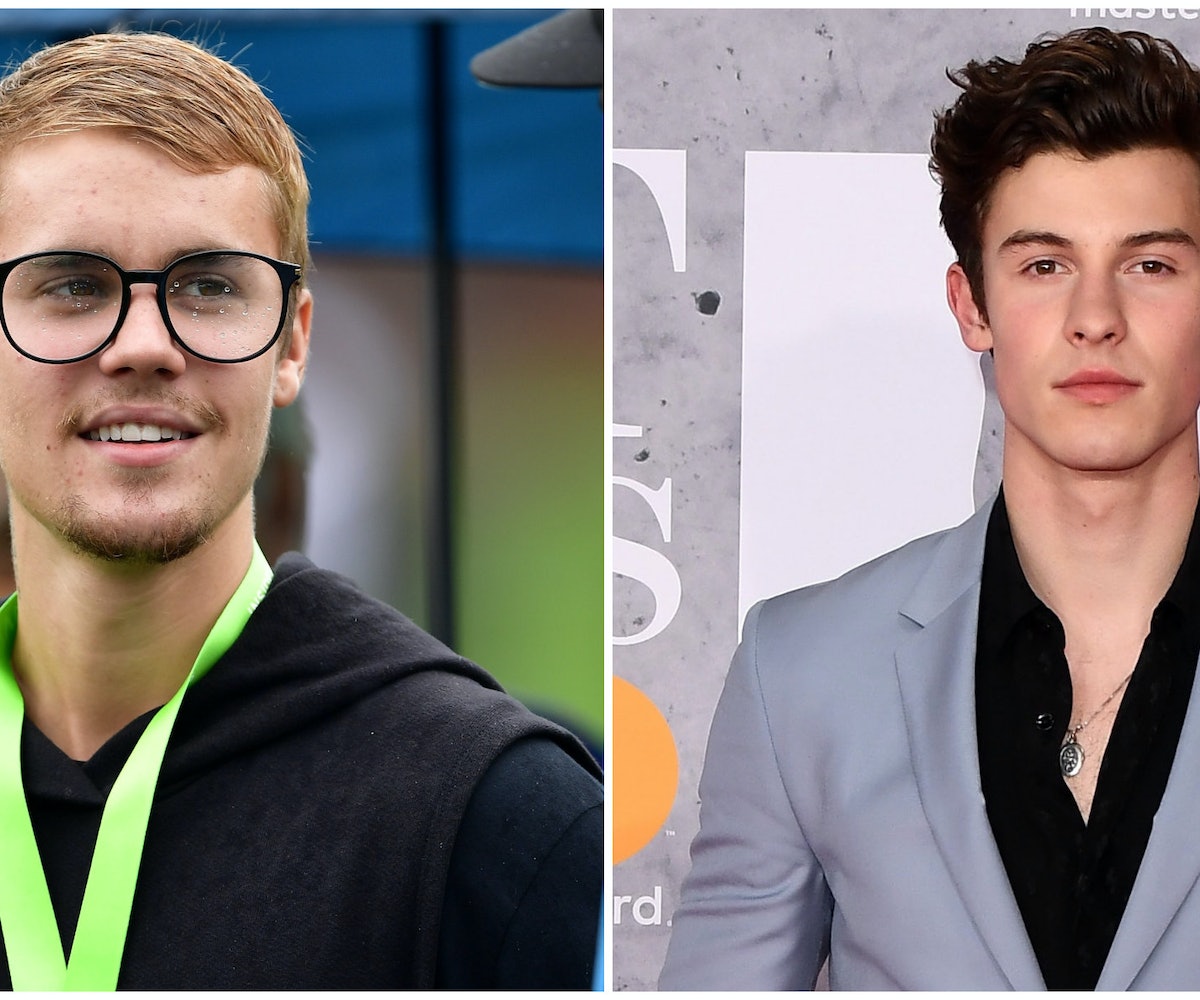 Just days after Justin Bieber played a really stupid April Fool's Day prank on Instagram (a faux pregnancy is not funny), he managed to recover and do something actually laugh-worthy on the 'gram.

It all went down on Sunday, when Shawn Mendes posted an image of the latest cover of The Observer Magazine, which has dubbed him the Prince of Pop. And Justin Bieber was, you know not having it! The Biebs will have you know that he is not interested in sharing his title as the Prince of Pop with Mendes. And just like the true royal that he is, Bieber made clear his discontent via an Instagram comment.

"Hmm," Bieber wrote, "Gonna have to break a few more records to dethrone my title there bud (canadian voice)." It's a good thing they're both Canadian so they can settle it with a hockey joust!

And while this is obviously just a joke, and a good-natured one at that, we would be totally down to watch Bieber and Mendes skate out their "grievances" on the ice. Blades of Glory, Party Deux, anyone?