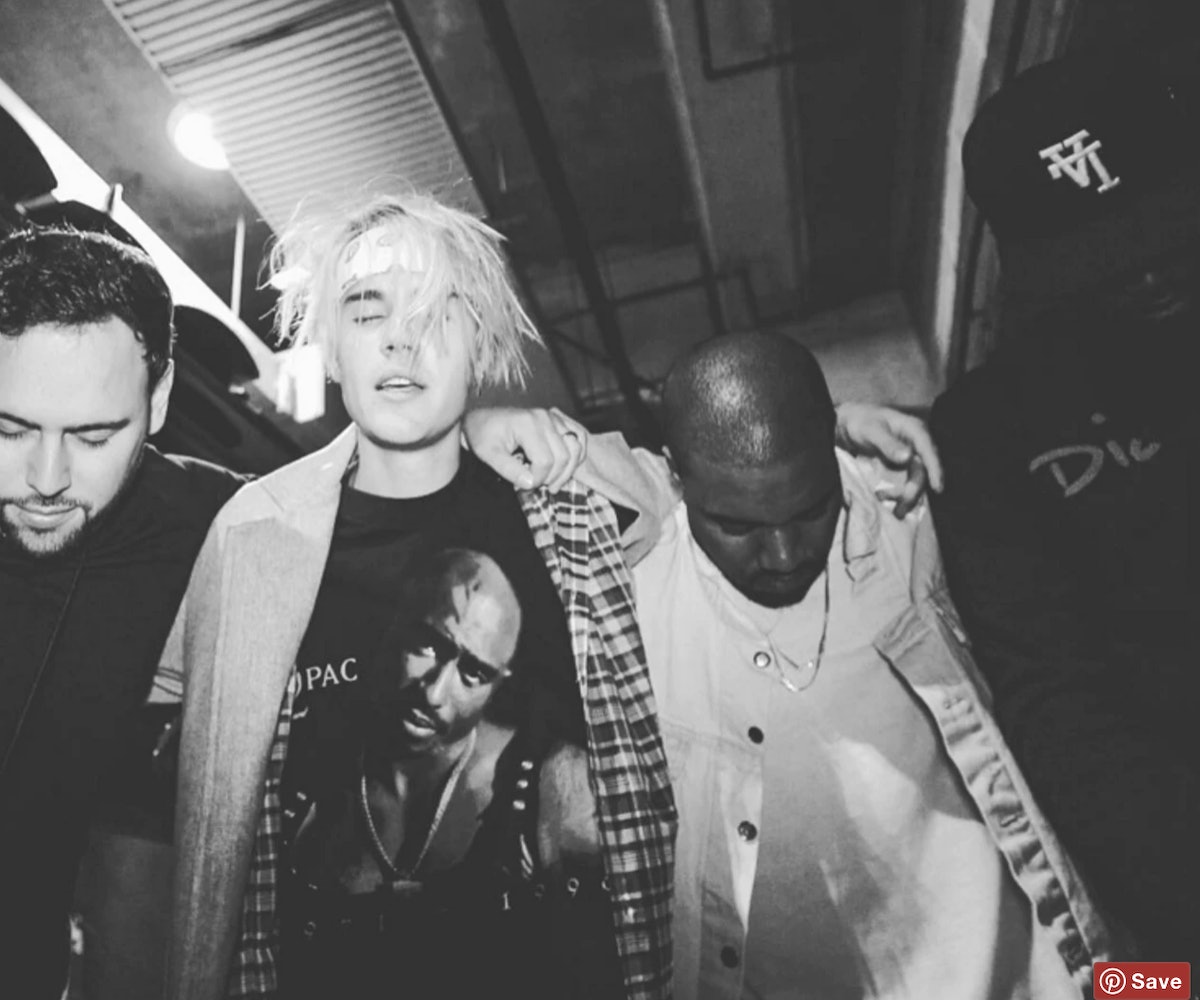 A couple of weeks ago, Kanye West boldly declared on Twitter—as he oft does—that Justin Bieber's "What Do You Mean?" was his favorite song of 2015. Then, a week ago, he went to Bieber's concert and was caught dancing along and vibing to the song with his wife, Kim Kardashian West. To put it quite lightly, West is incredibly passionate and intense about everything in his life: his fashion line, family, music, and, of course, his foray into video gaming. So we imagine that when West became acquainted with the surprise sonic masterpiece that was Bieber's Purpose album, he thought about how he could integrate the power behind JBieb's transformation into his own quest for artistic domination.