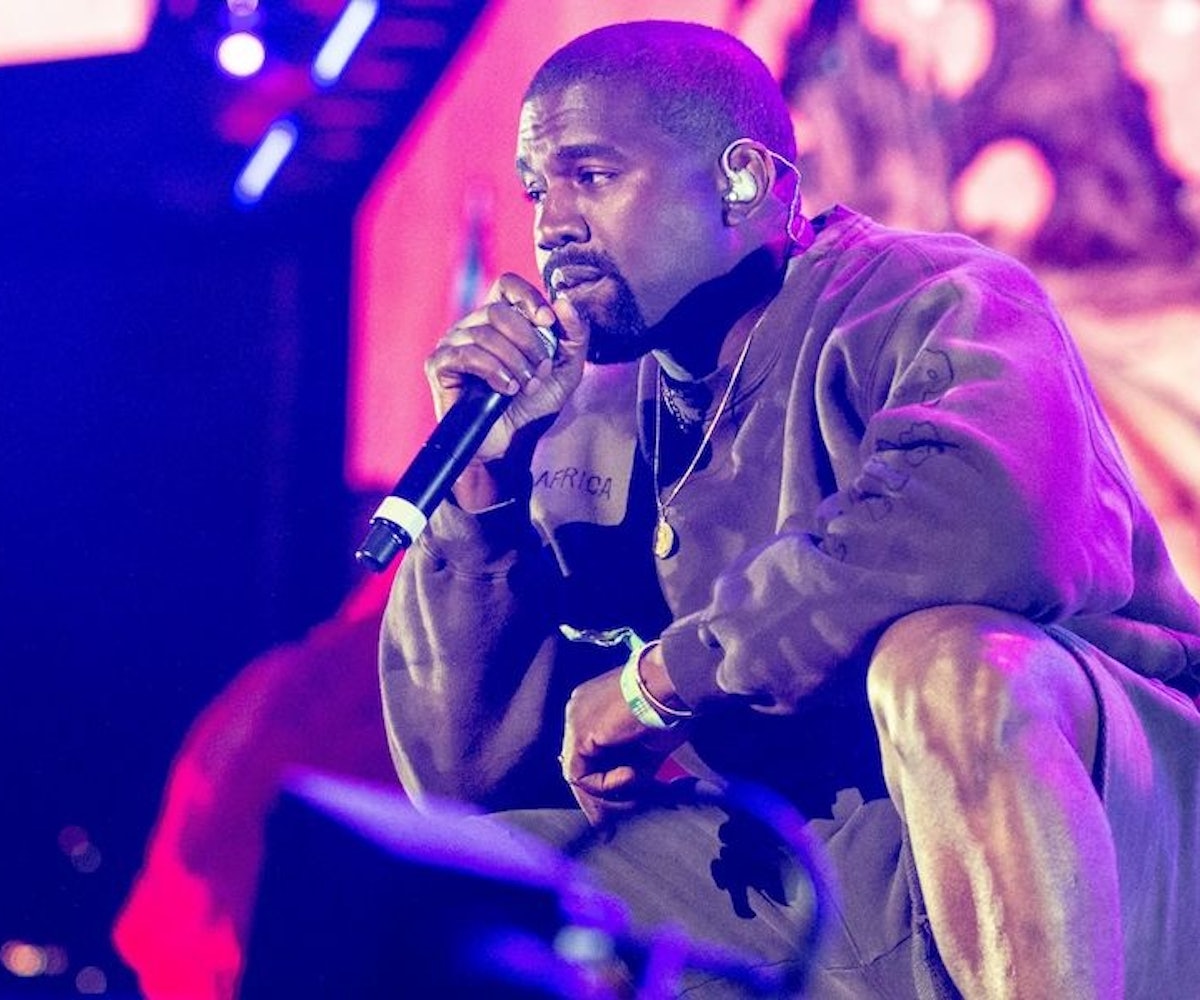 Kanye West's Sunday Service is making waves yet again. This time, it's not for its overpriced merchandise or celebrity sightings, but for the truly evil remixes of Nirvana's "Come As You Are" and "Smells Like Teen Spirit."

In a new collection of clips showing the service strung together on YouTube, performances of the Nirvana classics can be heard, but, TBH if you're a fan of Nirvana, you might want to avoid this altogether. West's congregation swaps out Kurt Cobain's original lines for those which would be more, uh, fitting for a church. Lines like "Come as you are, as you were/ With all your imperfections/ Your broken hearts and weary feet/ He'll use it all for his glory" replace the ones you already know, swapping out the repetition of "memoria" for "hallelujah" in "Come As You Are," and replacing "hello" with the same in "Smells Like Teen Spirit." Yeah...

While I won't even bother commenting on how Cobain would react to the covers were he alive, I will say, this comment on the YouTube video did ease the pain of having watched it.

Listen (or don't) to "Sunday Service (Nirvana Edition)," below, and consider that maybe we are living in the worst timeline right now.