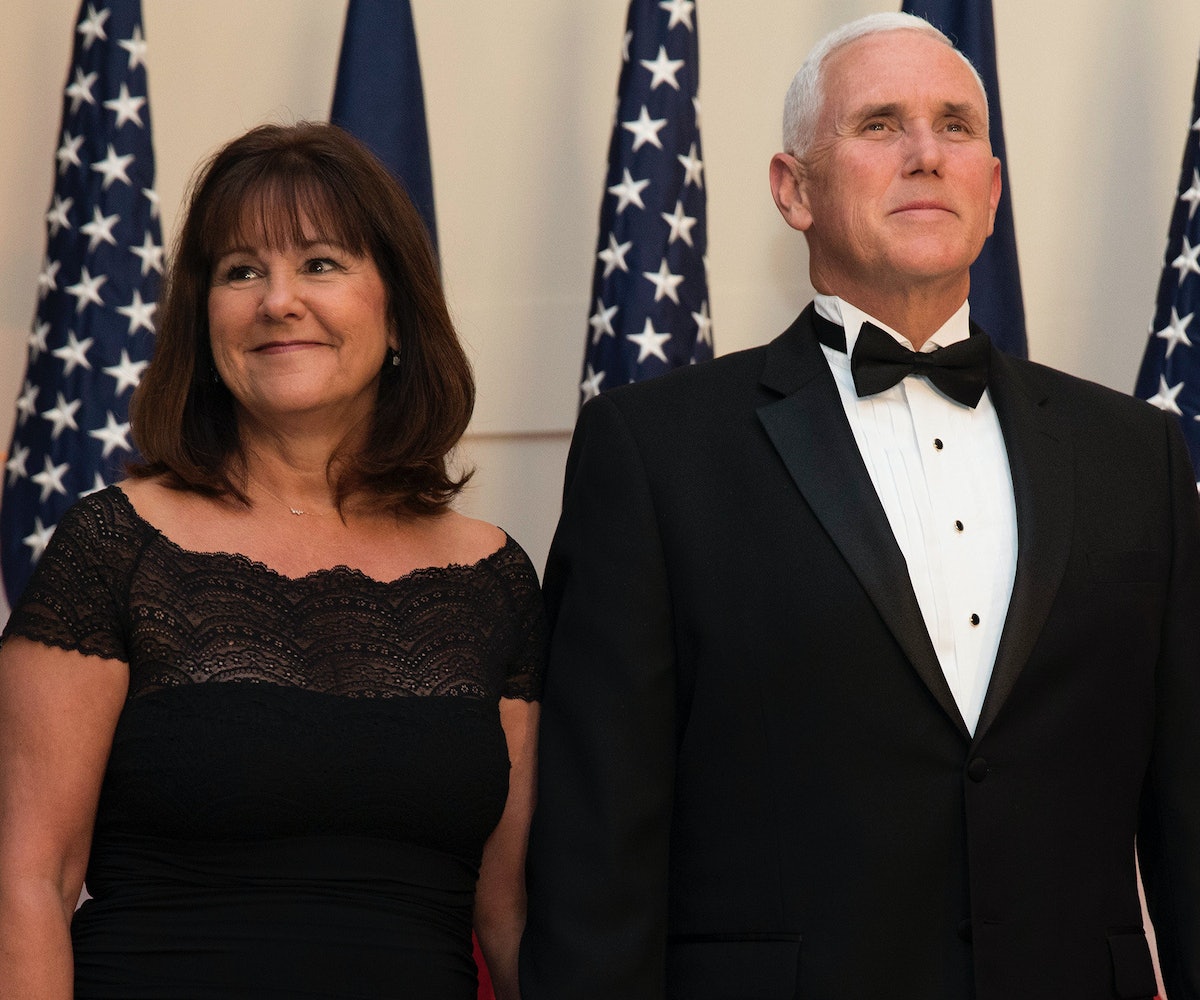 Karen Pence, wife of vice president Mike Pence, has been hired as a teacher at a school that has clearly homophobic policies. Pence's job plans were originally announced in a statement to USA Today, as she told them she is "excited to be back in the classroom and doing what I love to do," but Huffington Post uncovered the bigoted bylaws of her new school.

Pence has been hired by Immanuel Christian School, a private school in Virginia (a state where it is legal for private employers to discriminate on the basis of sexuality or gender identity, as Vice points out) to teach art. Pence, whose husband has been more than outspoken about his homophobic beliefs, will work alongside faculty and teach students who must be cisgender and heterosexual. The school's rules forbid otherwise.

Kara Brooks, a representative for the second lady, told HuffPost, "It's absurd that her decision to teach art to children at a Christian school, and the school's religious beliefs, are under attack." Interesting, because what feels patently absurd to us is that one of the most prominent women in our country is teaching at a school run by and for bigots.

I understand that the school reserves the right, within its sole discretion, to refuse admission to an applicant or to discontinue enrollment of a student if the atmosphere or conduct within a particular home, the activities of a parent or guardian, or the activities of the student are counter to, or are in opposition to, the biblical lifestyle the school teaches. This includes, but is not limited to contumacious behavior, divisive conduct, and participating in, supporting, or condoning sexual immorality, homosexual activity or bi-sexual activity, promoting such practices, or being unable to support the moral principles of the school.

In short, the family, nor the student, can be queer.

In the employment agreement, under the definition of family by which employees must agree, marriage is defined as strictly heterosexual, and children "are fully human from conception," less than subtly inserting the school's views on women's right to an abortion.

According to HuffPost, Pence previously taught at this school during the 12 years while her husband served in Congress. The couple also sent their daughter, Charlotte, to the school.