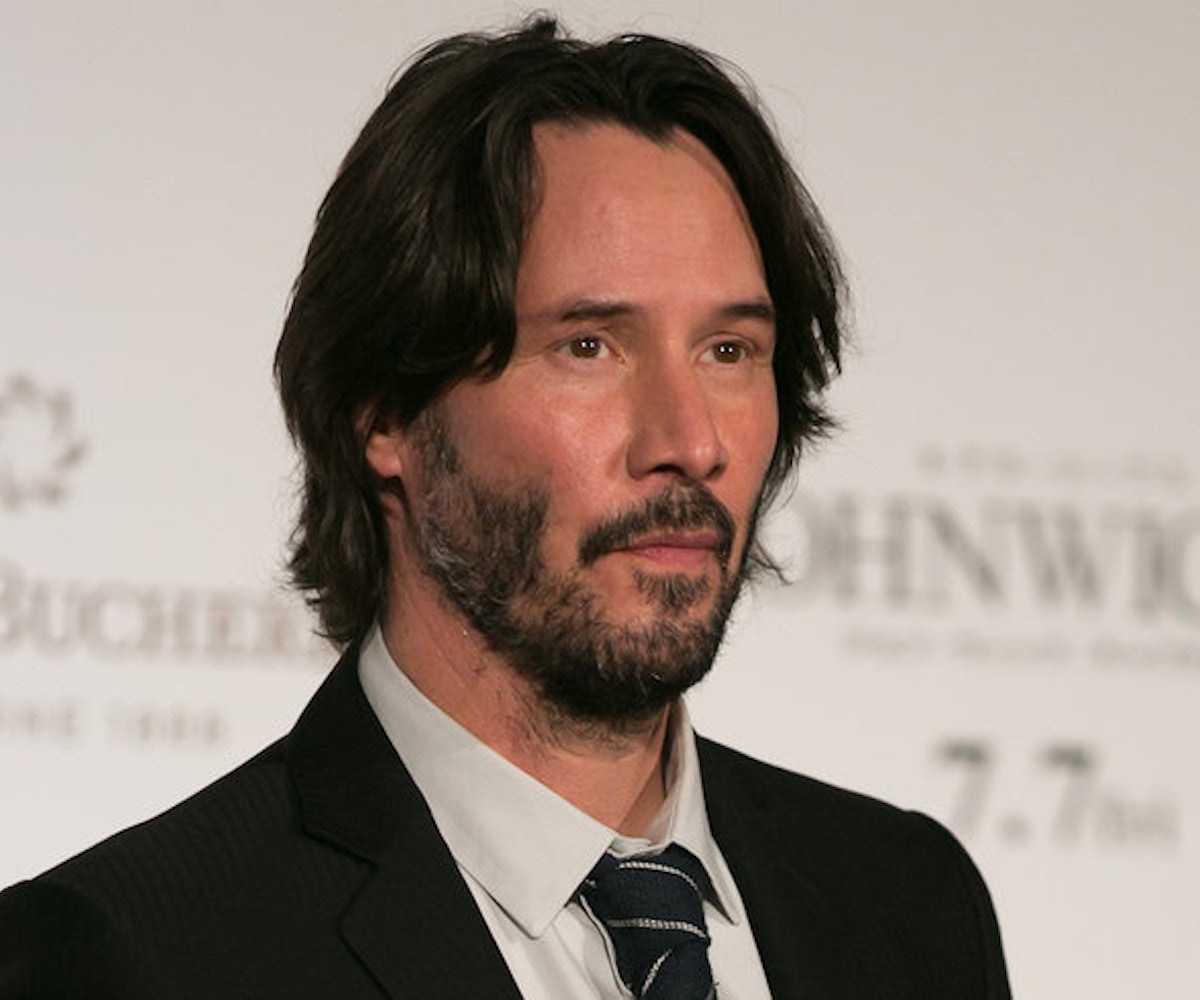 Following TheNew Yorker publishing an article titled "Keanu Reeves Is Too Good for This World," editor Michael Luo sent out a call for #KeanuStories—and the internet delivered with many anecdotes about the general goodness of the actor. Each of the stories goes to confirm what we all know about the Reeves: he's the wholesome celeb we don't deserve, but definitely need. He's the kind of guy who will share his weed with you, letting you take the first hit. (But actually.)

The New Yorker story references a viral video from 2011 in which Reeves, riding the New York City subway, gets up to offer a woman his seat. That's far more than enough to convince New Yorkers that Reeves is an actual angel, but there's plenty more evidence where that came from.

Many of the stories in Luo's Twitter chain are sweet—from Reeves smiling when he realized a fan was trying to get a closer look at him outside a restaurant to being generous with his time when a fan traveled far for a book signing.

Back in May, author Reza Aslan shared that Reeves purchased the house and property that now are home to his son's preschool, for absolutely no reason other than that the kids needed it.

Apparently, Reeves is quite the creature of habit. Once a week, one Twitter user says, he would ride his motorcycle to the same bookstore "to buy new fiction and sudoku puzzles and would always call 20 minutes in advance." This is too much!

Another person recalls when Reeves wandered into the movie theater he worked at nearly two decades ago. He tried to unsuccessfully sneak an autograph out of the actor by offering an employee discount (so that Reeves would have to sign his sheet), but, of course, Reeves, realizing what the young fan was trying to do later on, bought an ice cream cone just to have the receipt to sign and give to him.

From eating cupcakes for breakfast to being very interested in dogs wearing costumes to accepting an invitation to family dinner from the man who built him a motorcycle, Reeves never disappoints. Keanu, if you're reading this, please be my friend.