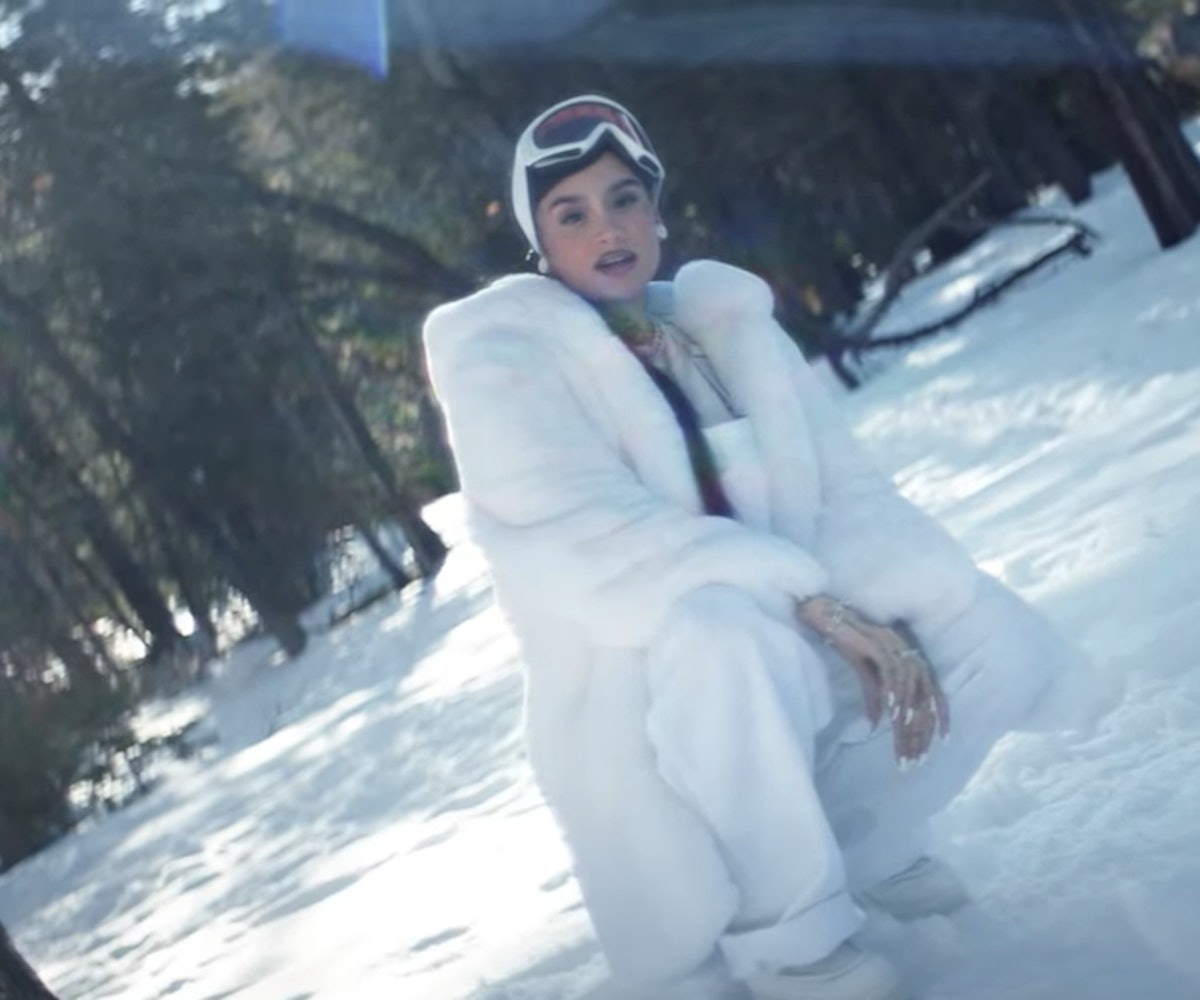 Just a day after dropping new single "Nunya," featuring Dom Kennedy, Kehlani has released the winter-wonderland visuals to go along with. The singer, NYLON November cover star, and mother-to-be rocks some of the best winter 'fits I've seen in a while, including a glorious puffer jacket that could double as a down comforter that I absolutely need in my life right now.

Kehlani is clearly living her best life up in some snow-filled forest hideaway, vibing on the beach at sunset and sipping on something bubbly as she coolly reminds nosy exes that who she's with is "nunya business." There's not much of a story line (unlike her recent "Nights Like This" video); the main takeaway is that Kehlani is busy dancing through a forest, missing no one and chilling amongst people who are clearly not the subjects of the song.

Kehlani is only two short months away from bringing baby Adeya into the world, who she thanked for helping her get through the video process. "Shot that 7 months pregnant in da snow..." Kehlani wrote on Twitter, adding, "thank u baby for da motivation, mommy was FROZE."

Even from the womb, Adeya has been hustling hard alongside her momma. Twitter user @ODtheMC pointed out that this is already her second music video appearance, and she's not even been born.

Get some mulled wine ready and escape into Kehlani's winter getaway, below. Stay tuned for her forthcoming mixtape, While We Wait, out on February 22.