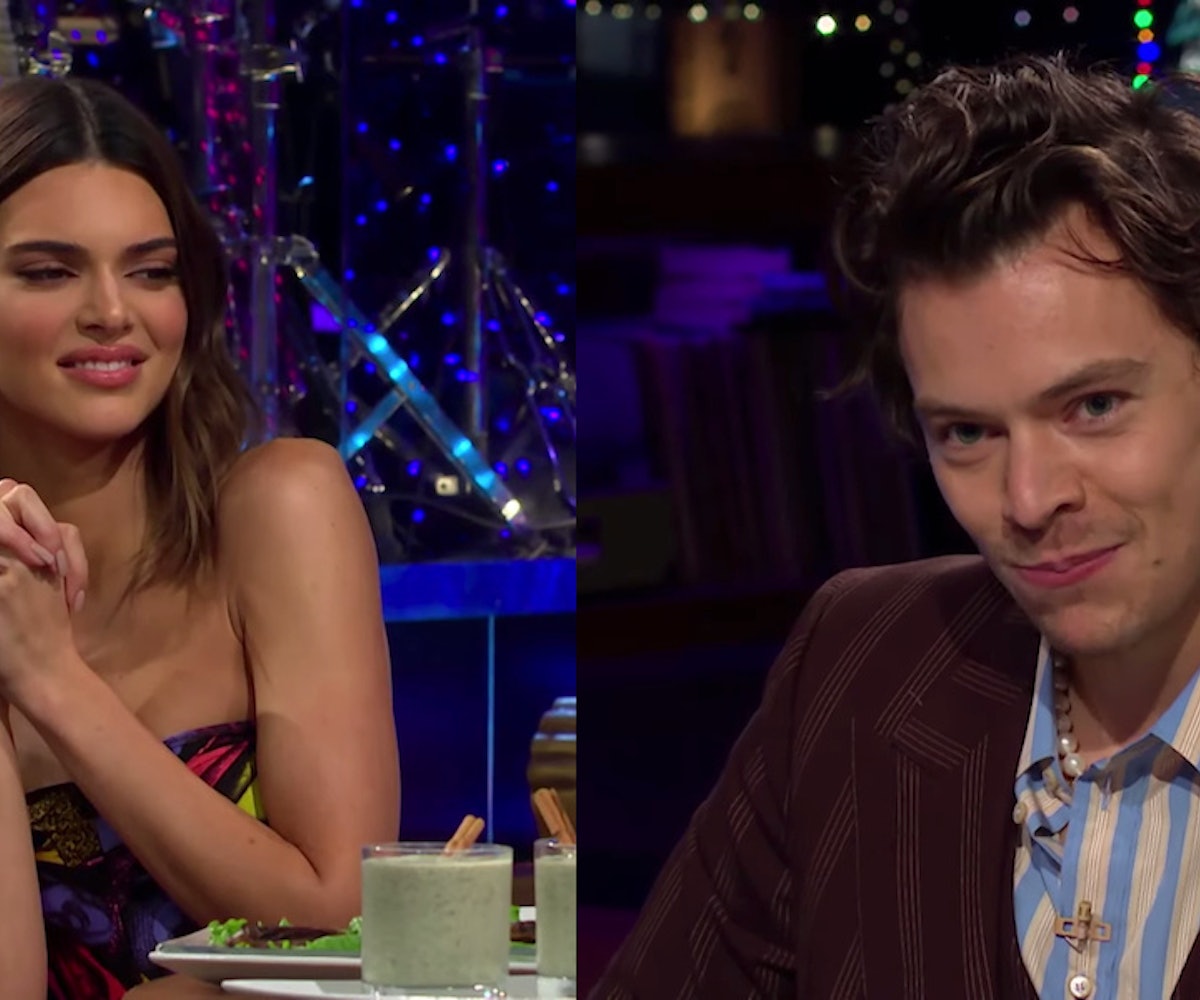 Since the release of Harry Styles in 2017, there's been one question on every stan's mind: Who is Harry Styles singing about? Well, ex-girlfriend Kendall Jenner finally got to pose the burning question to the musician as they sat at a table covered in bug parfaits and other unsavory concoctions for a round of Spill Your Guts or Fill Your Guts on The Late Late Show. Styles had two options: Tell her which tracks were inspired by her, or eat cod sperm.

As soon as Jenner inquired Styles about his musical inspo, he covered his face with his palm in embarrassment, before dramatically tucking in a napkin to dig into the cod sperm. To be fair, for a moment, he considered answering the question; "So I'd say track..." he started saying before picking the fork back up and taking a bite of the sperm. He doesn't get sick. No, he has jokes, people. "To spit or to swallow, that is the question," he posits before spitting out the sperm and rinsing out his mouth with a glass of water.

Watch the two exes ask more weird questions and eat weird things like salmon smoothies and giant water scorpions in the clip, below.