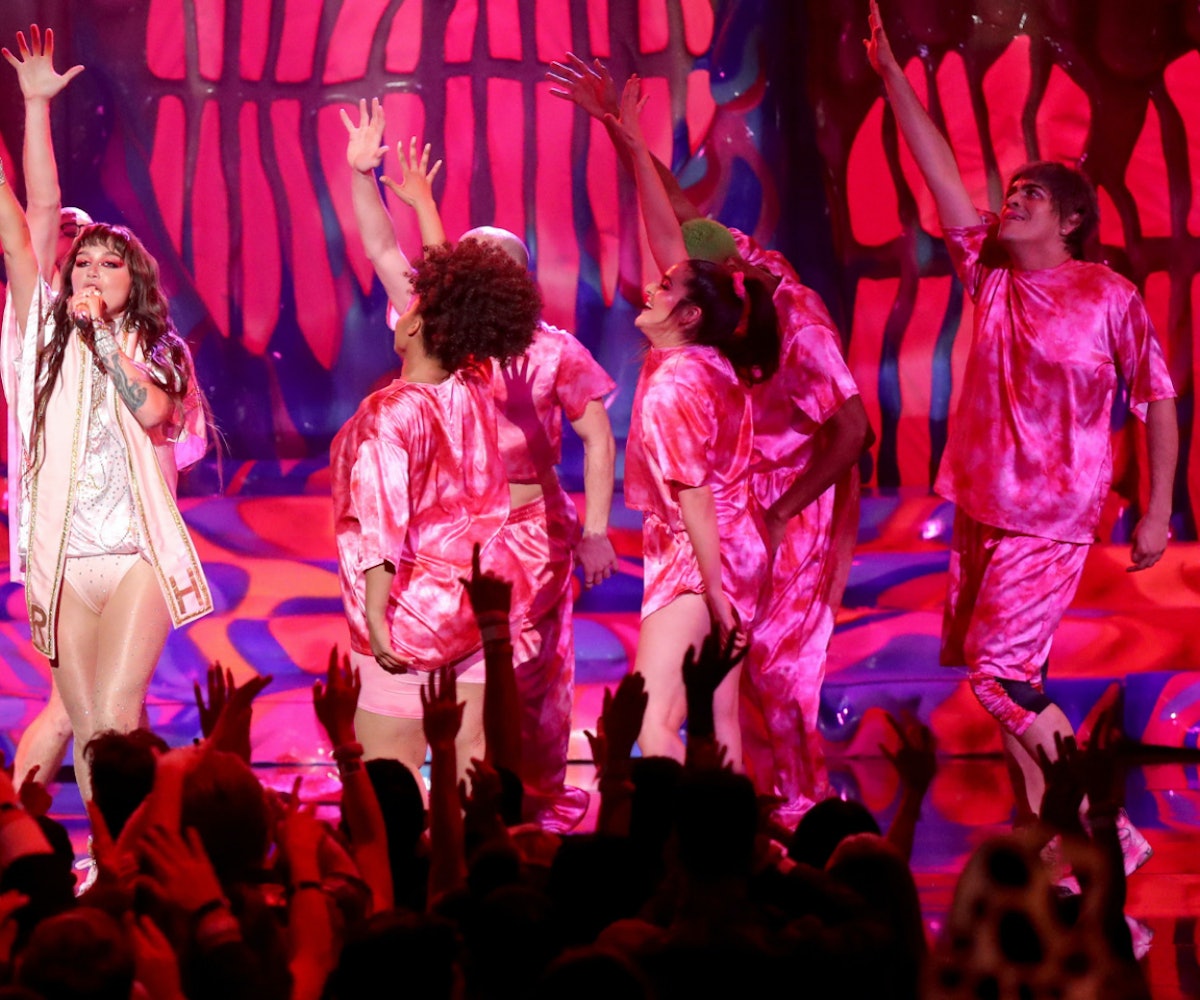 Kesha shed some of her former party girl persona over the course of the past couple of years, bringing her empowering "Rainbow" tour around the country and her show-stopping survivor anthem, "Praying" to the 2018 Grammys stage. And while fans have welcomed this renewed version of their favorite pop star with open arms, it was thrilling to hear her perform the 2009 hit "Tik Tok" at Sunday night's American Music Awards.

Kesha, then Ke$ha, opened the decade by introducing herself to the world with her now-iconic lyrics about waking up in the morning feeling like P. Diddy and brushing her teeth with a bottle of Jack Daniels. Years later, details of alleged abuse by her producer and close collaborator Dr. Luke emerged, and the protracted legal battle that ensued led fans to spearhead #FreeKesha, calling for the pop star to be released from her contract with her alleged abuser. To see her perform her first hit on stage — following her new song, "Raising Hell" with Big Freedia, felt like a very cathartic closure of a painful chapter and a reclamation for Kesha of her early art — the sex-positive, free-spirited nature of which has been used against her legitimacy as a victim.

Reactions to the performance are already rolling in, which you can browse below:

NEXT UP
Entertainment
Aya Nakamura On Preparing Her Fortnite Soundwave Series Performance
Entertainment
Watching The Queen In Queens
Entertainment
Relive ‘00s New York With Yeah Yeah Yeahs, The Strokes In ‘Meet Me In The Bathroom’ Trailer
Entertainment
Seulgi Finds Her Own Lane With '28 Reasons'