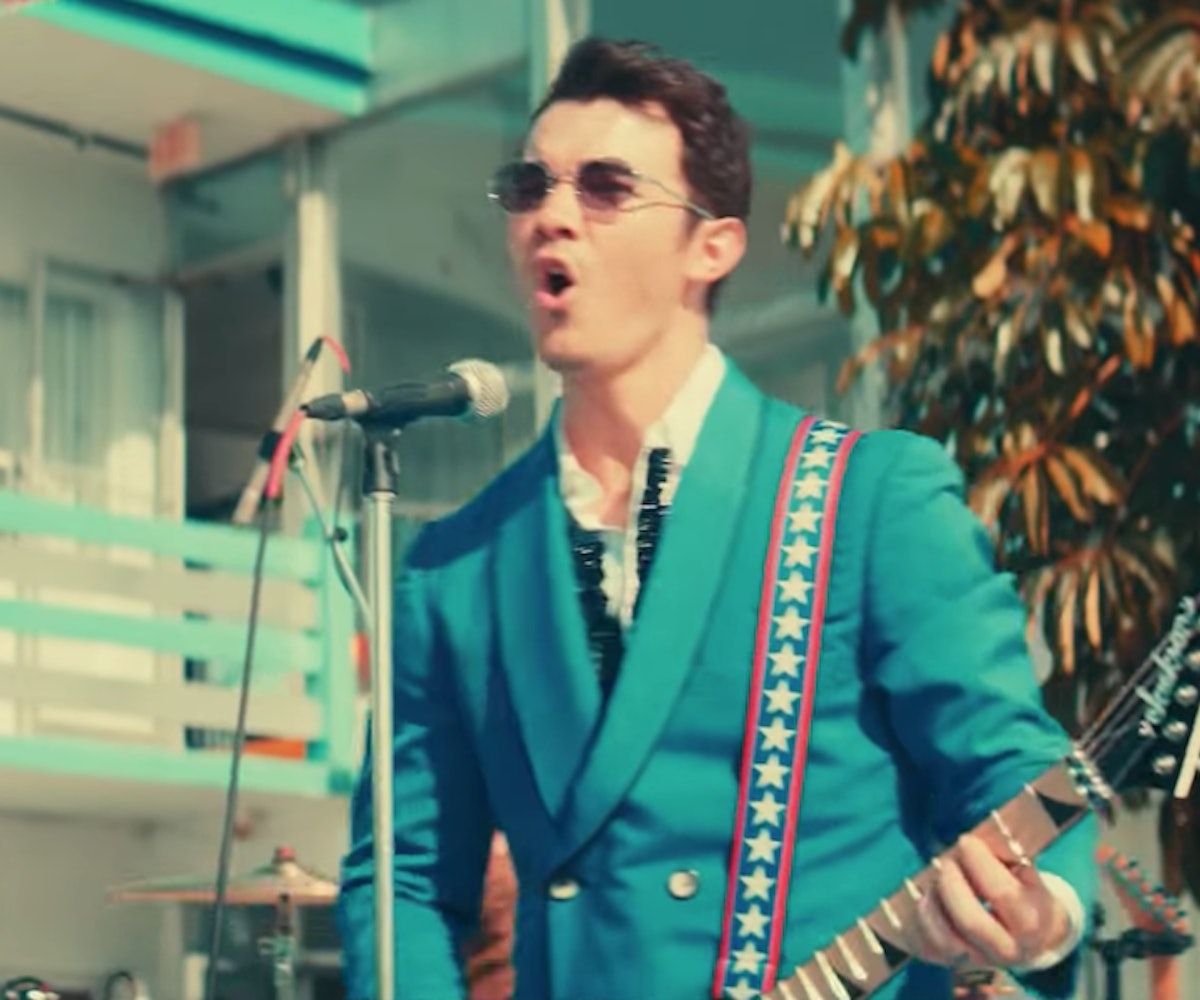 Kevin Jonas opens up about being the target of bullies in a new clip from forthcoming Amazon Prime documentary Chasing Happiness. The film is set to hit the streaming platform tomorrow, just a few days ahead of the June 7 release of the band's new album Happiness Begins. According to the Rolling Stone, the documentary aims to cover the band's journey together as a group, as well as their individual stories.

"I didn't fit in growing up," Jonas shared to Twitter alongside the clip. "The names kids called me were terrible and used in derogatory ways." In the clip, he shares the"kind of odd extracurricular activities" that made him stand out from his peers, including gymnastics and magic, over old family videos of him as a child (in one particular moment, he nails a backflip that would have instantly made me want to be his friend).

"Those are not the most popular things that young boys would see as cool," he shares. "And also, we didn't have money at all. My clothes were just was what it was. I became a target." Jonas then lists the gross and derogatory names he was called, including "f*g," "gay," and "piss-head."

Though this is treatment that no child (or adult) should ever have to go through, clearly, his bullies have nothing on him now. He's a rockstar now, but I still want to fight whoever used to lob those slurs at him. View the entire clip below.