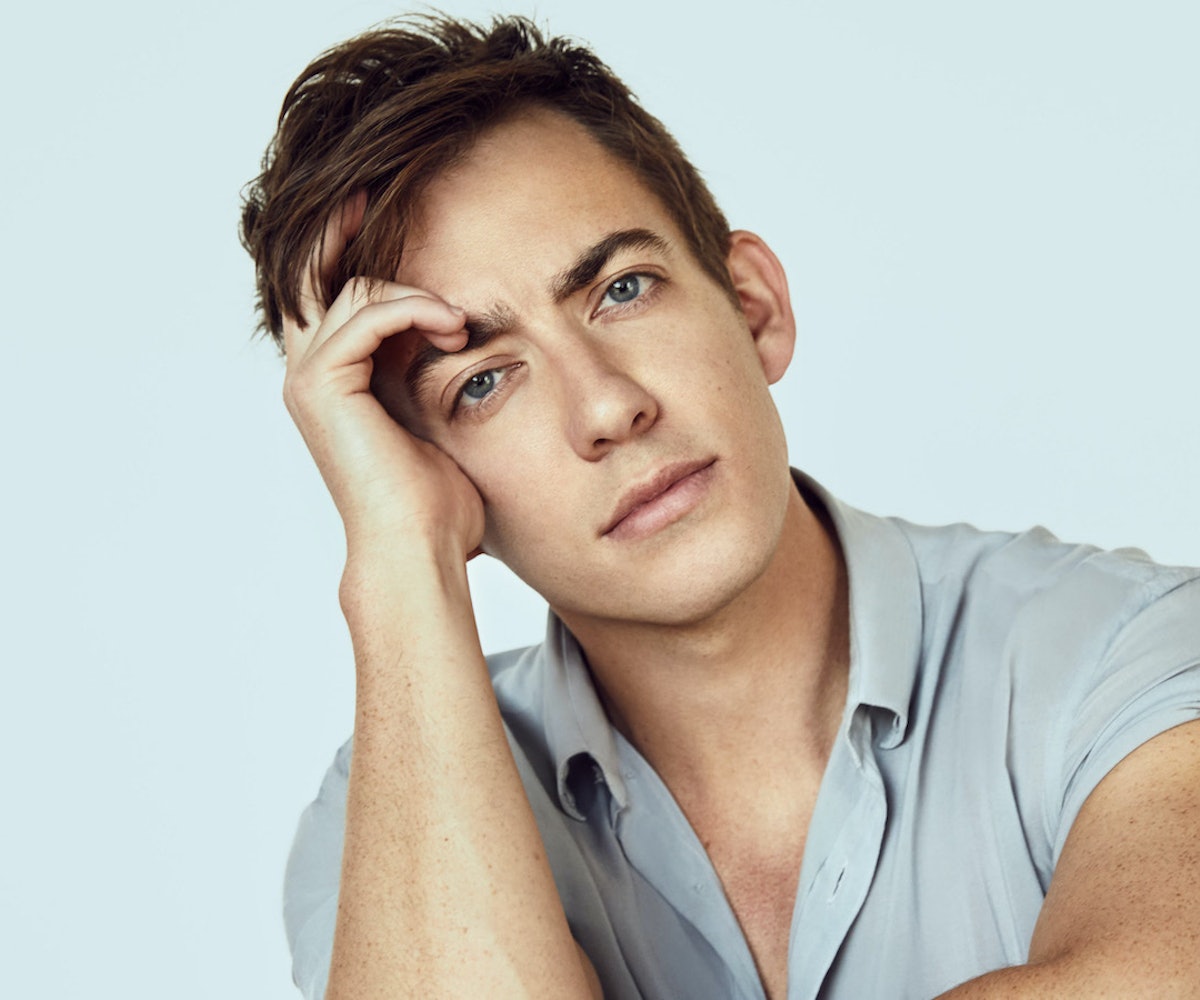 You definitely remember Kevin McHale's bittersweet rendition of "Dancing With Myself" when he played Artie Abrams on Glee. Now, he's ready to make his solo debut. Today, McHale premieres his debut single "Help Me Now" and announces his Boy EP exclusively via NYLON, and marks a new beginning with content platform Vydia.

He refers to the single as tongue-in-cheek, telling NYLON, "Unfortunately, I think it's a perfect reflection of my personality because it's super-self-deprecating and oversharing and doesn't take itself too seriously." The lyrics reflect his tendency to overanalyze every sing thing when in a relationship; McHale says, "Like, oh he didn't laugh at my joke. Am I trying too hard? Oh god, he's gonna break up with me." We've been there.

The lyrics poured out of McHale "within minutes," and apparently their release was very therapeutic for McHale: "Funnily enough, since writing [the song], I haven't had any of those moments [of self-doubt]."

That same organic writing style was the foundation for many of the songs, he explains: "I keep saying the songs are word vomit, or almost freestyle, and that's really how they came about and how it feels." It can be pretty easy to let loose in this way, especially in McHale's case, as he made the songs alongside his best friends. "It's not like I'm saying anything new or profound on the EP," he says, "but feeling comfortable and supported in that creative environment made it so I had to be honest with my thoughts and feelings on every song and let myself explore my relationships, but in my [own] way."

Listen to McHale's debut single "Help Me Now" below. Boy is scheduled for May release via Vydia.