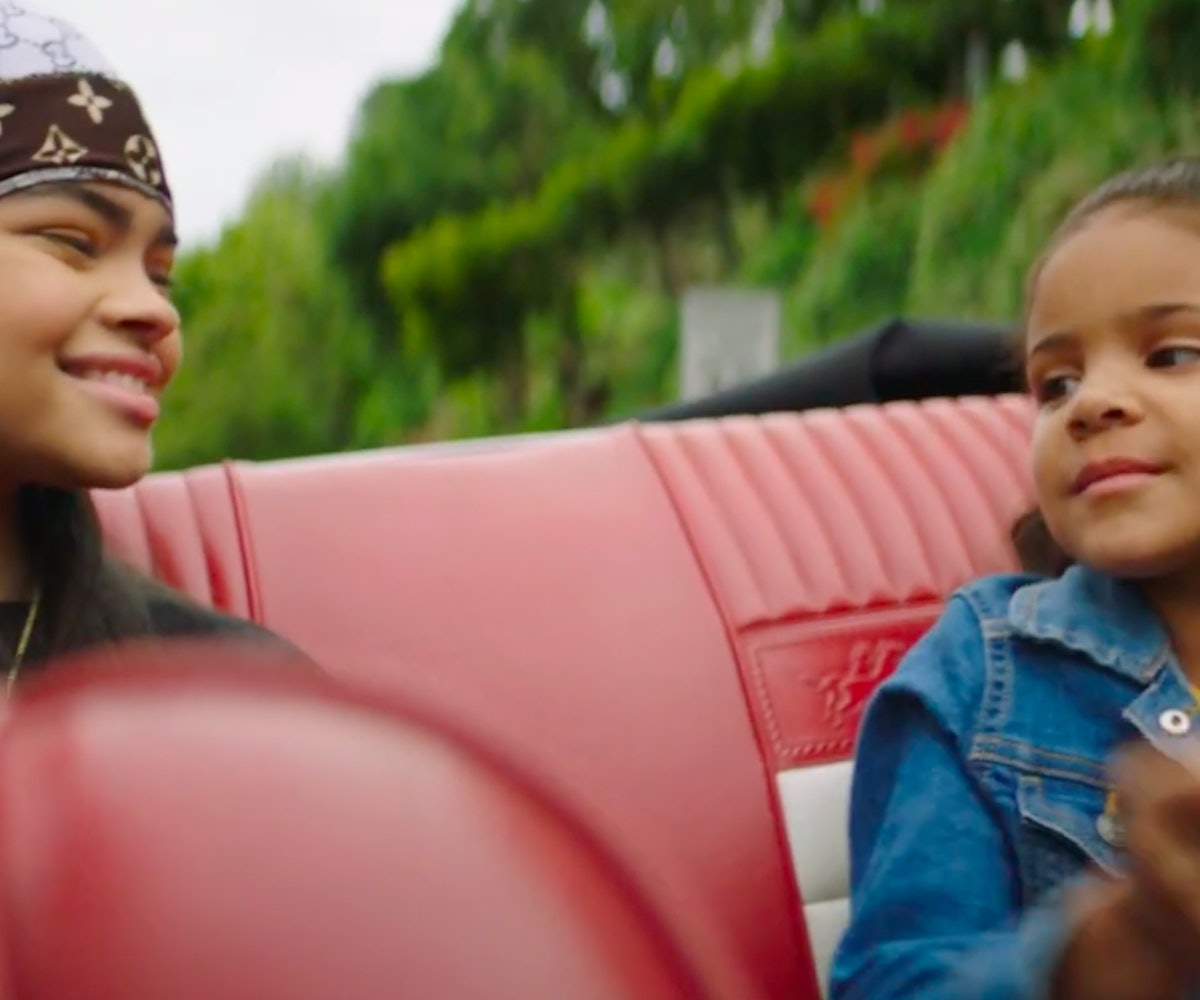 There's not a whole lot to do in Harrisburg, Pennsylvania. For 16-year-old Kierra Luv, that meant she had plenty of time to experiment with and perfect her talent: spitting bars that could put grown men who've been rapping for years to shame. Not only is her wordplay smooth and melodic, but she's not afraid to address her own demons with her lyrics. What began as a therapeutic hobby turned into something else when her freestyle over Cardi B's single "Money" went viral—and even got noticed by Cardi herself. Now Luv—known as much for her signature durag as her lyrics—has over 1.5 million followers on Instagram and just dropped her first single, "Put You On."

"Let me show you how to get some money, I'll put you on" is the catchy hook that guides Luv's upbeat, East Coast-inspired debut. But she's hoping to leave listeners, especially younger ones, with something even more valuable: hope.

"Even though a lot of people focus on the bad, it's really good out there. It might seem hard, but you really just have to stay in tune with everything," she told me about the track. In the music video for the film, Luv's younger self is trying to tune out the sounds of her parents having a fight and flips the TV on. She's comforted by the sight of herself in current day, successful and having fun. It's lighthearted and inspirational, and somehow I know that little girl is proud of who she'd grow up to be.