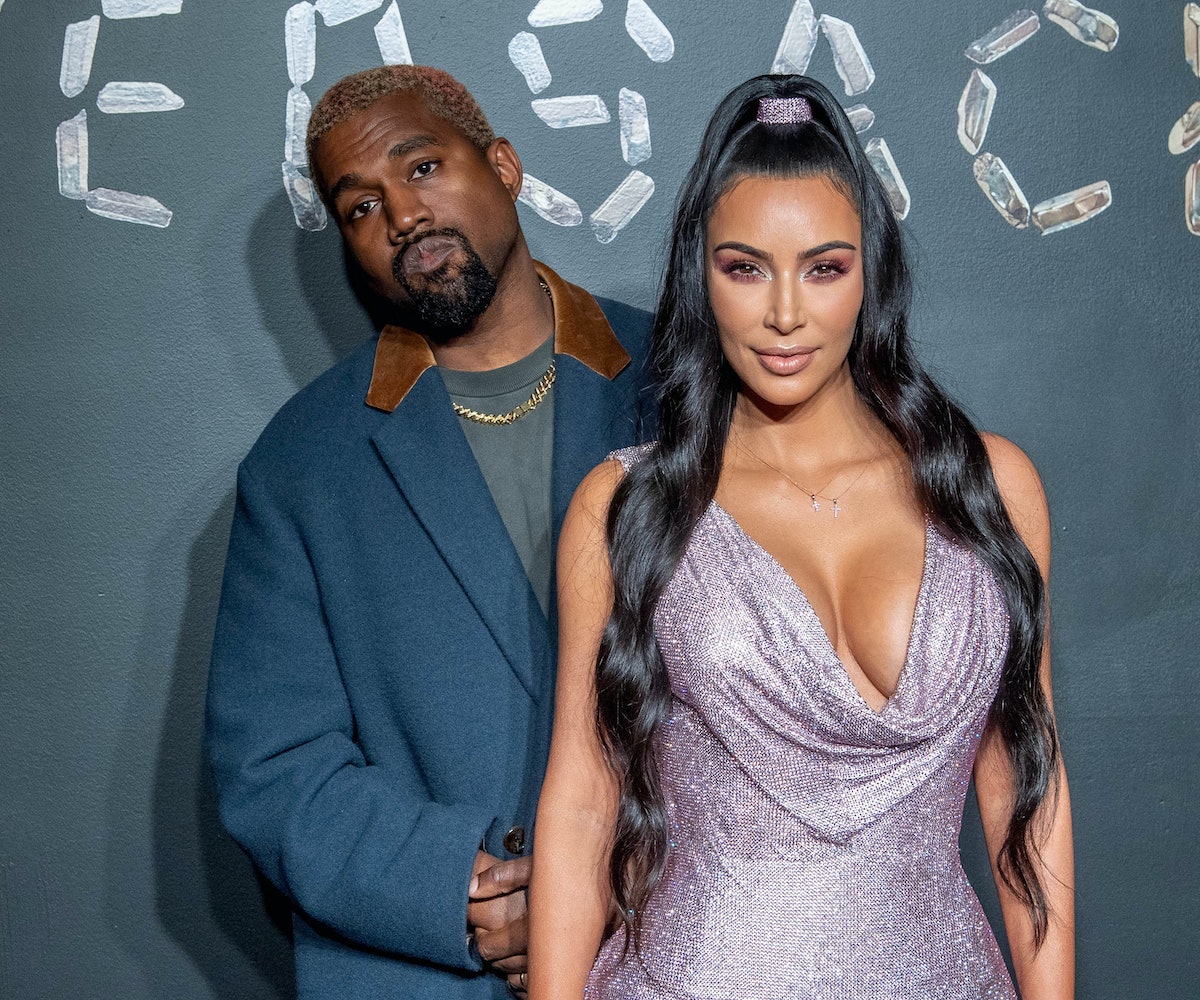 UPDATE 1/15/19 10:56pm: Kardashian confirmed that she is expecting her fourth child with West via surrogate on Watch What Happens Live with Andy Cohen, according to a report by USA Today.

Kim Kardashian and Kanye West are expecting their fourth child, a boy, via surrogate, according to Us Weekly. Baby no. 4 is expected to arrive "in very early May," says the magazine's source.

A separate source reports that Kardashian "always wanted four kids," making her soon-to-be family of six a dream come true. Us Weekly previously reported that the Kardashian-West clan had only one male embryo left.

Back in March 2018, Kardashian wasn't so sure she'd ever add another little one to the family. She told Ellethat four was her max, but that "my home and my heart feel really full right now, in the best way." She then added, "I don't think I could handle more than that. My time is spread really thin. And I think it's important that in all couples, the mom gives the husband as much attention as the kids."

No word yet as to what name Kardashian-Wests will give the baby, but, given the names of their other kids—Chicago, Saint, and North—I'm sure they'll come up with something creative.

NEXT UP
Culture
6 Shows To Binge Once You've Finished 'The White Lotus'
culture
Anna Delvey Is Getting A Reality TV Show
Entertainment
Beyoncé Is Now The Most Awarded Artist In Grammy History
Entertainment
Harry Styles' "As It Was" Grammy Performance Featured A Silver Tinsel Onesie
Style + Culture, delivered straight to your inbox.