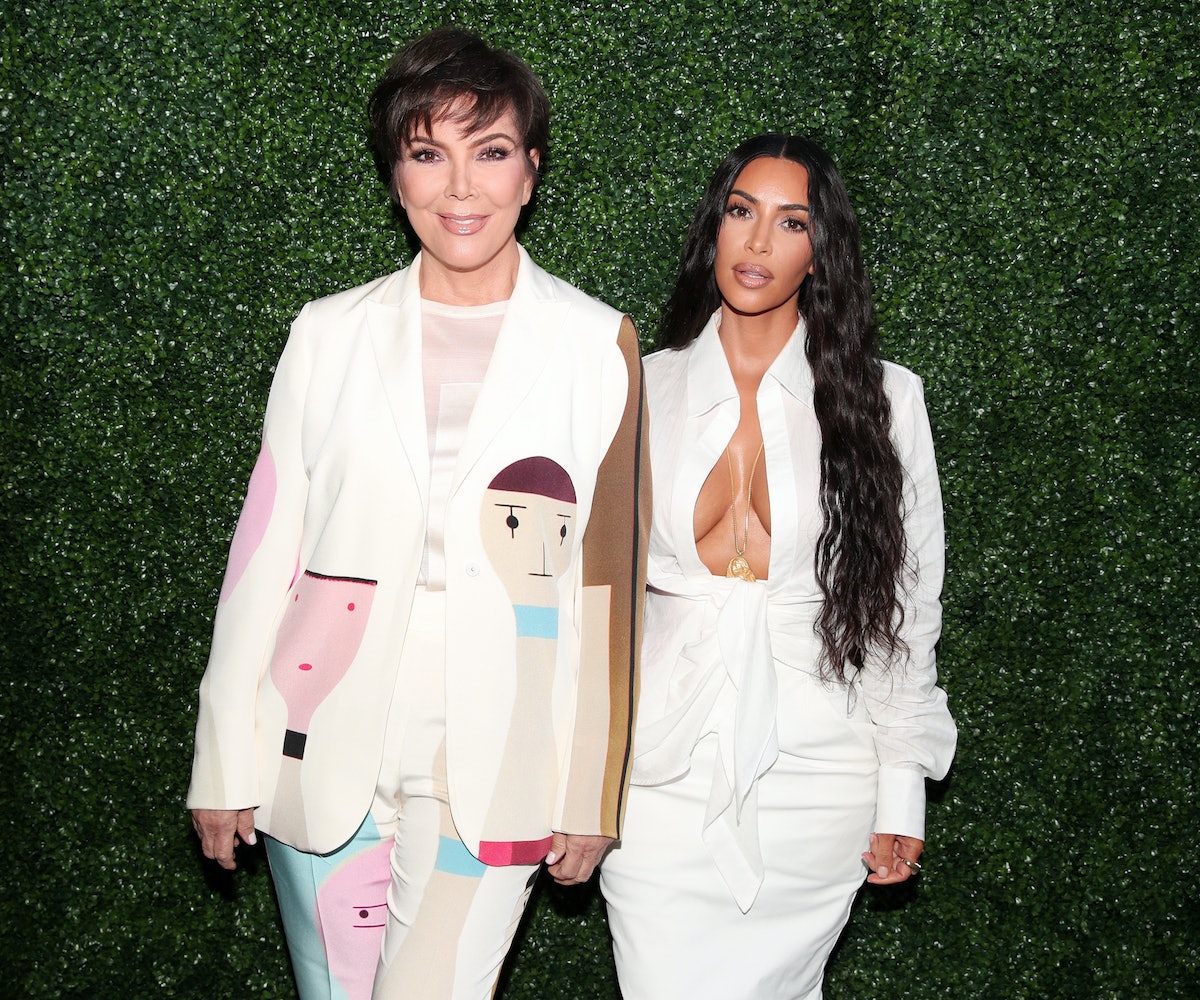 Kim Kardashian West may have laid a solid foundation from which her family could build an entertainment and beauty empire, but Kris Jenner definitely had the blueprint. Kardashian West did an interview with ELLE at the launch of her new Carolina Lemke sunglass line and confirmed what we already knew: Jenner is the best at talking money.

The launch event coincided with Equal Pay Day so interviewer Faran Kentcil asked the mogul what advice she would give on negotiating for better salaries and treatment. Kardashian West's first reference point was her mom. "She is the best negotiator, and that's always been her role," she told Kentcil. According to Kardashian West, it took her time to overcome her insecurity about negotiating and she relied on Jenner's capabilities for quite some time. Now she feels way more capable but acknowledges that she was on a learning curve. In addition to Kardashian's media empire, Jenner's skills apparently also helped make her youngest daughter, Kylie, a billionaire. That's a learning curve I'd love to be on.

Kardashian West did offer some solid advice of her own: "Just stay true to who you are in your career and stand up for what you believe in when negotiating." And for all of the newbies out there: "Start off by saying yes to everything. I felt like there was power in learning from everything and trying it all." If you're lucky enough to ever work for Kardashian one day, rest assured that you'll be compensated fairly: "I think it's so important and it sets the tone." If not, call Kris Jenner.