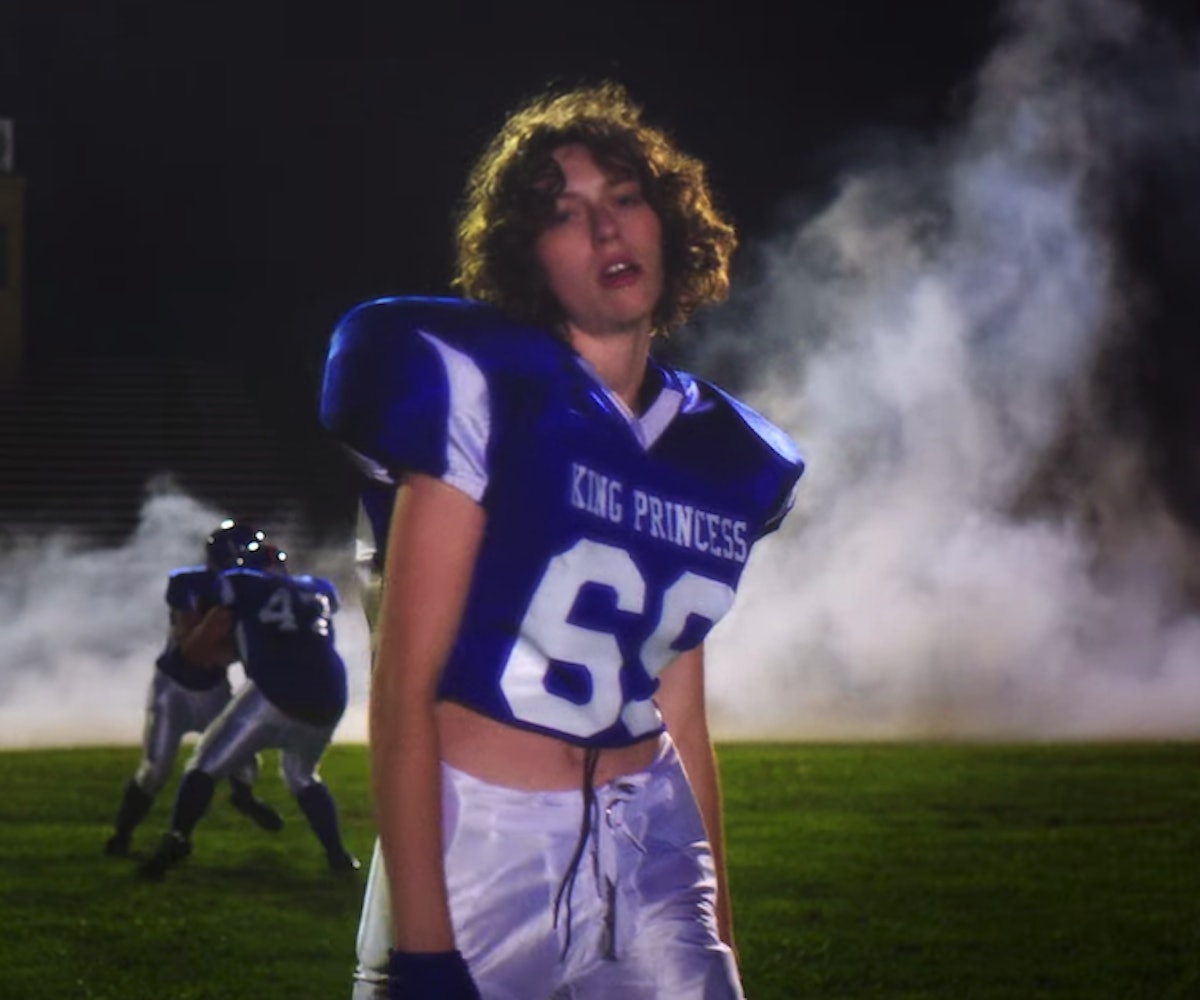 King Princess just dropped a steamy video for her recent single "Prophet" in which she tries out a handful of very different careers and seems to lust after a cake baker. Ahead of her forthcoming debut album, Cheap Queen, she shared the visuals, and I haven't been able to look away.

According to King Princess, the video is "a metaphor." She doesn't give us any more details so do with that what you will. In it, she takes on multiple traditionally masculine roles: She's the star quarterback of a football team, a sweaty construction worker guzzling Gatorade, and an indie guitar-slinging musician in a club filled with men in suits. She's also the head of a body-shaped cake that said men in suits grab with their bare hands. The clip ends with the baker of her cake body/love interest (who also appears as a videographer-slash-cheerleader in an earlier scene), along with the businessmen, eating King Princess alive. Yes, you will never look at a red velvet cake the same way again.

Whether or not I totally understand the metaphor she was trying to execute, the video is a masterful work of queer fan service. KP, run me over with those football cleats, please and thank you. After yelling over Google Hangouts with coworkers about how we needed a GIF of KP taking off her helmet, I made one. Service journalism!

Watch the video for "Prophet," below.