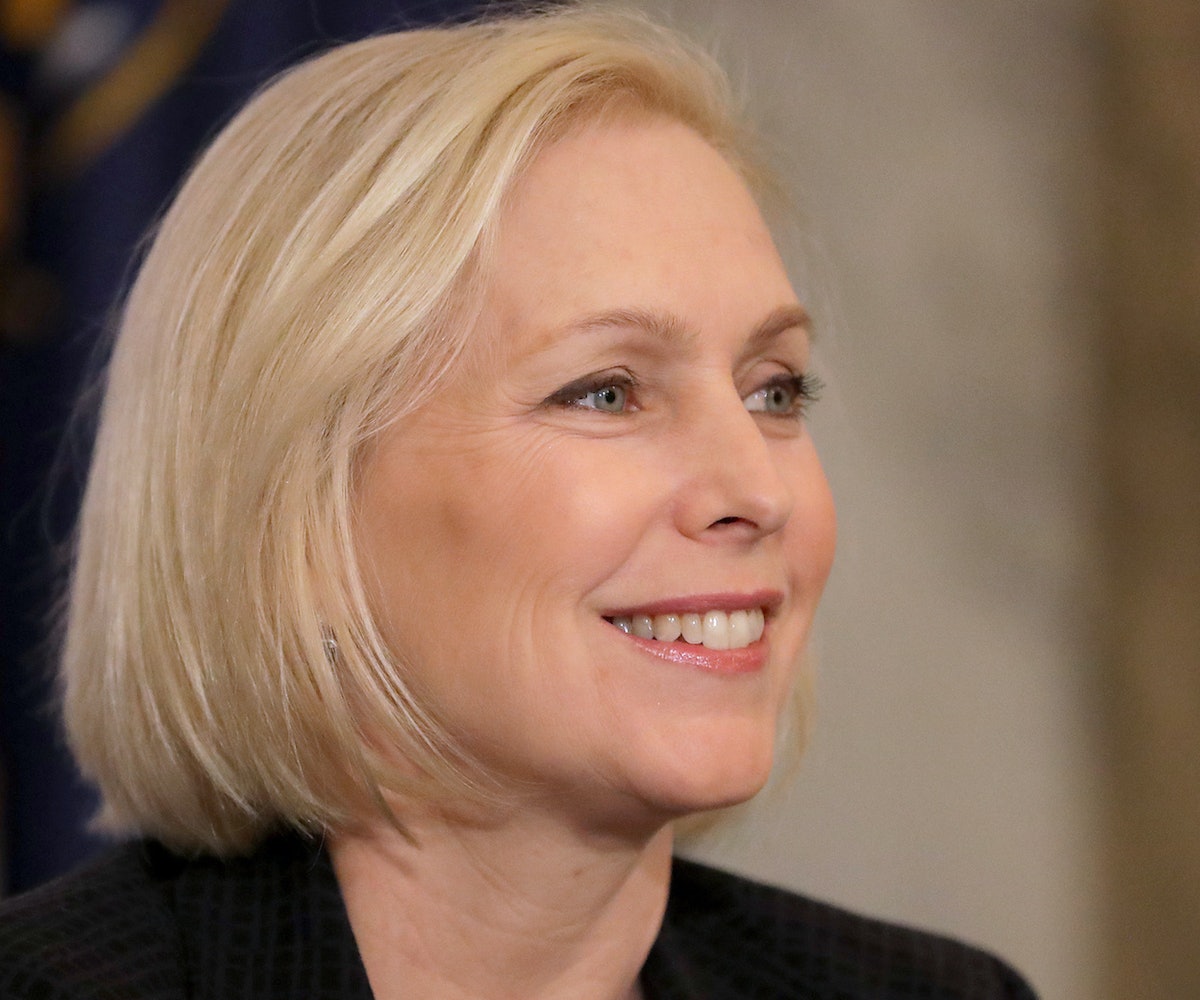 Gillibrand, who served in both the House of Representatives and the Senate, shared the core values of her forthcoming campaign with Colbert. "I'm going to run for president of the United States because as a young mom, I'm going to fight for other people's kids as hard as I would fight for my own," she told the late-night host, "which is why I believe that health care should be a right and not a privilege." She continued on:

It's why I believe that we should have better public schools for our kids, because it shouldn't matter what block you grew up on. And I believe that anybody who wants to work hard enough should be able to get whatever job training they need to earn their way into the middle class. But you are never going to accomplish any of these things if you don't take on the systems of power that make all of that impossible, which is taking on institutional racism, it's taking on the corruption and greed in Washington, taking on the special interests that write legislation in the dead of night. And I know that I have the compassion, the courage, and the fearless determination to get that done.

Gillibrand emphasized that, should she be elected, her first task would be to restore "the integrity and the compassion of this country," and focus on finding commonalities in the values of Democrats and Republicans to "bring people together" and get things done. Gillibrand said she will also focus on "things like global climate change."

Watch Gillibrand's entire announcement, below, as well as her official campaign video, here.