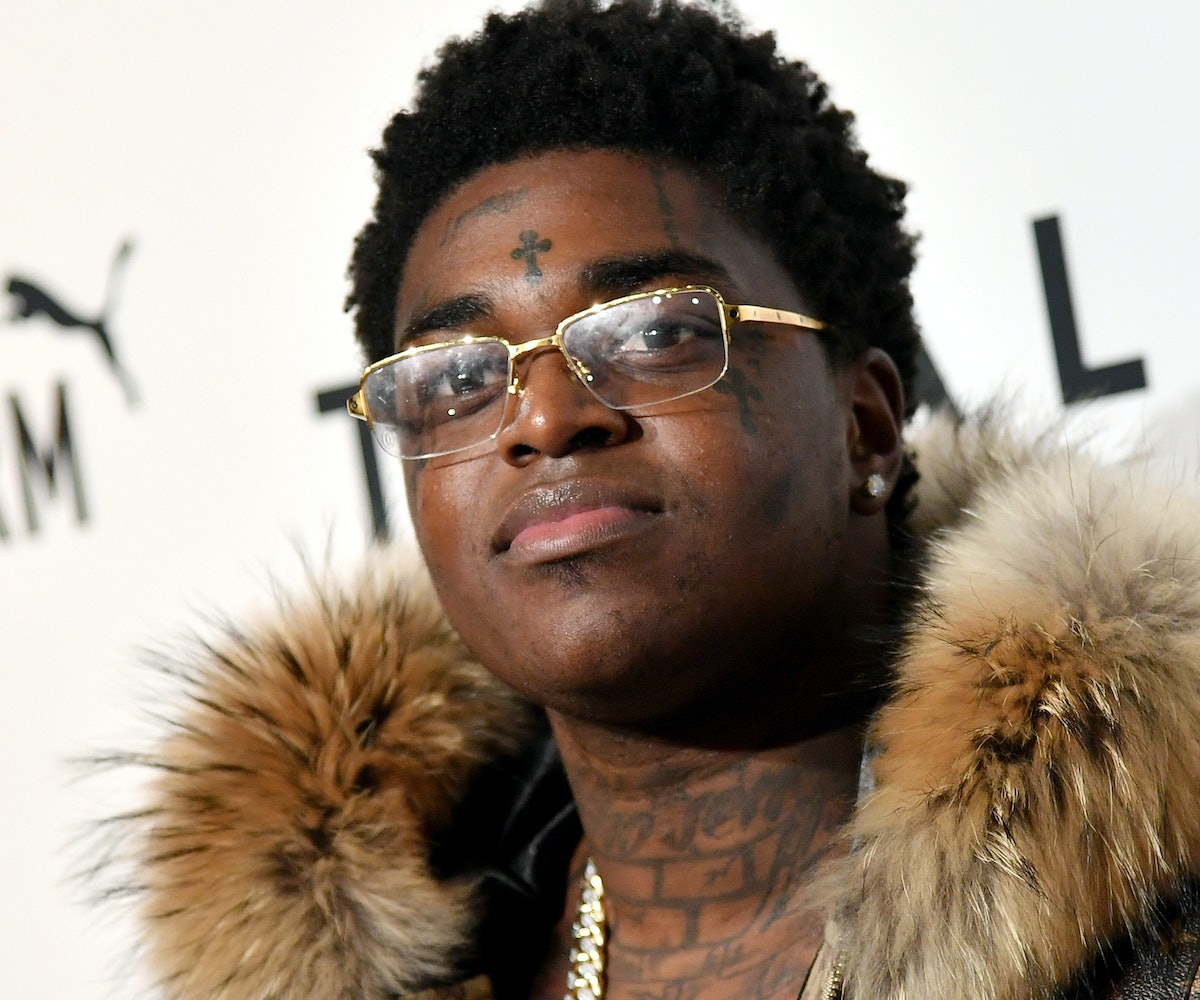 During an interview on Ebro In The Morning on Hot97, Kodak Black left the show after a mention of his pending sexual assault case, per Page Six. Interviewer Ebro did not ask even ask Black to speak on the matter—in fact, he only expressed hope that he could have a conversation about it at a later date—but Black became defensive and left anyway.

"Look man, at this point, it's a pleasure to meet you, man," Ebro said to the rapper. "You know, looking at all your cases and everything you've been through, and I know the recent one right now is very sensitive. And with respect to everybody involved in that case, we can't get into details today. But, you know, we take sexual assault here serious. We can't get into details, but we hope to have you back, so that we can have a deeper conversation about that. Because it's a serious topic and we're hearing these stories a lot."

Last fall, Black was indicted on first-degree sexual conduct charges, after having allegedly assaulted a teenage girl after one of his concerts according to Variety, and could face up to 30 years in prison. The trial is set to occur in April. Per his bond, Black is not allowed to comment on allegations through "print, electronic, digital, or social media," WPDE reports.

Ebro had attempted to "cut the tension," according to Page Six, after bringing up the alleged assault but was unable to, which prompted Black's response. He said, "I feel like sometimes, when n—-s like me are going through shit, y'all be entertained by bullshit, you know what I'm talking about? So like change the subject or I'm finna walk out." Ebro offered to end the interview then, and Black immediately left.

The interviewer addressed the situation via Twitter on Wednesday afternoon, emphasizing his non-confrontational approach to the topic. The replies are disheartening, with plenty of Black's fans suggesting Ebro should have not brought up the case.